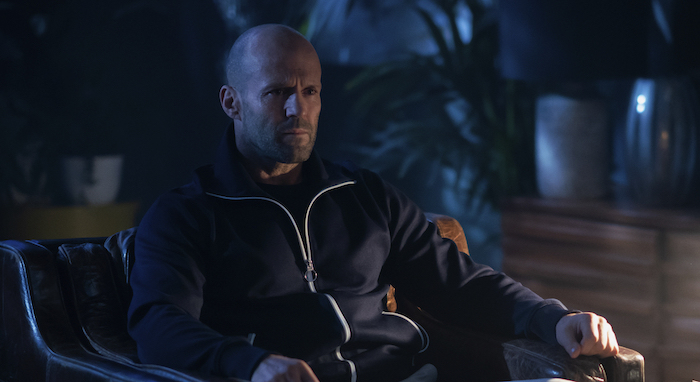 Lots of trailers hitting as hopes of a return to theaters heat up like the weather! Coming up, we’ve got looks at a kosher comedy, a dance-filled doc, action, scares, sci-fi, and a true-crime series about an allegedly murderous Bigfoot.

Shiva Baby: Opens in select theaters and on TVOD on April 2.

Official synopsis:
“A near college graduate, Danielle, gets paid by her sugar daddy and rushes to meet her neurotic parents at a family shiva. Upon arrival, she is accosted by various estranged relatives about her appearance and lack of post-grad plans, while her confident ex-girlfriend, Maya, is applauded by everyone for getting into law school. Danielle’s day takes an unexpected turn when her sugar daddy, Max, arrives at the shiva with his accomplished wife, Kim, and crying baby. As the day unfolds, Danielle struggles to keep up different versions of herself, fend off pressures from her family and confront her insecurities without completely losing it.”

Official synopsis:
“Filmmaker, choreographer, ballerina, and Scottish Dance champion Laura Carruthers leads world class performing artists in the stunning Grace Fury. The feature film travels the elements of her personal story as an artist on a breathtaking flight of dynamic choreography, cinematography, realization, and resolve. A reflection of Laura’s years of pioneering in the arts, Grace Fury speaks both poetically and candidly to the challenges of building independent projects, outside, between, and across domains - as a woman - shouldering her homage to the Classical and Celtic dance traditions, yet bound to move hearts and minds to a new point of shared calling…of greater freedom and connection. The fighting, free spirit of her dance and message is evident in this exuberant, inspirational, and thoughtfully crafted performing arts film.”

Sasquatch: Coming to Hulu on April 20.

Official synopsis:
“While visiting a pot farm in Northern California in 1993, investigative journalist David Holthouse heard a story that still haunts him: On a nearby farm three men were torn limb from limb in a savage Bigfoot attack. SASQUATCH follows David as he revisits the Redwoods 25 years later, in search of any evidence that might lead to the truth of what happened that night. As he pulls at the threads of this story, he’ll be taken down a path that’s far more terrifying than anyone would have imagined.”

Star Wars: The Bad Batch: Debuts on Disney+ on May 4, with a special 70-minute premiere, followed by new episodes every Friday starting on May 7.

Official synopsis:
“Star Wars: The Bad Batch follows the elite and experimental clones of the Bad Batch (first introduced in The Clone Wars) as they find their way in a rapidly changing galaxy in the immediate aftermath of the Clone War. Members of Bad Batch—a unique squad of clones who vary genetically from their brothers in the Clone Army—each possess a singular exceptional skill that makes them extraordinarily effective soldiers and a formidable crew.” Ming-Na Wen and Dee Bradley Baker lend their voices.

Wrath of Man Coming to theaters May 7.

Official synopsis:
“A mysterious and wild-eyed new cash truck security guard (Jason Statham) surprises his coworkers during a heist in which he unexpectedly unleashes precision skills. The crew is left wondering who he is and where he came from. Soon, the marksman’s ultimate motive becomes clear as he takes dramatic and irrevocable steps to settle a score.” Directed by Guy Ritchie.

The Night House: Coming to theaters on July 16.

Official synopsis:
“Reeling from the unexpected death of her husband, Beth (Rebecca Hall) is left alone in the lakeside home he built for her. She tries as best she can to keep it together - but then nightmares come. Disturbing visions of a presence in the house calling to her, beckoning her with a ghostly allure. Against the advice of her friends, she begins digging into her husband’s belongings, yearning for answers. What she finds are secrets both strange and disturbing - a mystery she’s determined to unravel. The Night House stars Rebecca Hall (Holmes & Watson, Christine), Sarah Goldberg (Barry, Elementary), Vondie Curtis Hall (Die Hard 2, Eve’s Bayou), Evan Jonigkeit (Togetherish, Sweetbitter), and Stacy Martin (Vox Lux, Nyphomaniac).”

Which trailer has you the most intrigued?


← The New 'Saw' Trailer Is Here And I Guess I'm A 'Saw' Fan Now? | Twitter Ponders Celebrities Who Look Like Each Other →