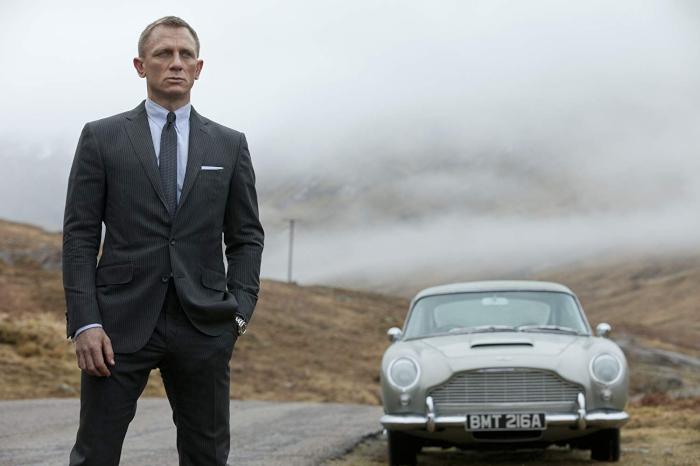 Originally, Daniel Craig’s final outing as James Bond (No Time to Die) was scheduled to release in April of 2020. Due to the outbreak and spread of Covid-19, the film was pushed back to November. Now, rumors are swirling that it won’t hit that release date either. This has caused me to reflect on Craig’s career as the famed 00 agent and wonder: what would it have been like if the non traditional Bond followed a more familiar path?

Daniel Craig’s Bond films have tended to lean towards a more “gritty” and “realistic” tone and aesthetic. The villains he faced were more grounded in reality. We did eventually witness more over the top villains in Spectre with the introduction of Dave Batista’s Mr. Hinx and even the return Ernst Stavro Blofeld as played by Christoph Waltz. Despite mixed results from that film, it was intriguing to see Craig in a more familiar style of Bond film. Personally, it left me wanting to see Craig tangle with more diamond encrusted or hat hurling henchmen (But not in video game form as we saw in 007 Legends).

Below are three classic Bond villains I would have loved to see be a thorn in Craig’s perfectly chiseled sides, what movies they could have appeared in and who I would have liked to see bring them to life!

Oddjob is one of the most popular of Bond’s Rogues Gallery. A deadly assassin who hurls a bowler with a razor’s edge. While we were introduced to Mr. Hinx in Spectre, it could have been even more exciting to see Oddjob in their employ. Someone who could have brought his numerous talents to the role is Kang-Ho Song. With his masterful control of expressions, Song could have frightened and entertained as the oft silent villain. He would have also been a worthy successor to the great Harold Sakata.

The Man With The Golden Gun. One of Bond’s fiercest enemies. Introducing the character as an agent of the short lived Quantum would have presented many opportunities, chief among them would be exploring his origins. Casting a young Oscar Isaac could have given the film a chance to explore the expert assassin’s beginnings as an agent and perhaps set up a future showdown with Bond once he goes into business for himself (A man can dream).

In a film where Javier Bardem plays a “Bond Gone Wrong”, what if he is teamed with a villainous version of M? The character of Rosa Klebb has a history of pulling the strings and getting her shoes dirty. In the skilled hands of the legendary (character actress) Ann Dowd, Klebb could have become a character to be reckoned with and work as a foil for the wonderful Judi Dench (Though admittedly, this would have made an already lengthy movie even more packed).

Don’t need an explanation here. Walken, but Walken NOW, against Craig’s more serious Bond. I WANT THIS PLEASE AND THANK YOU.

And that’s it! Obviously this list is pretty subjective and more of a Fantasy Draft. And Craig’s films have introduced some memorable villains (I love love love Mads Mikkelsen’s Le Chiffre). That being said, who would YOU have liked to see Craig do battle with?