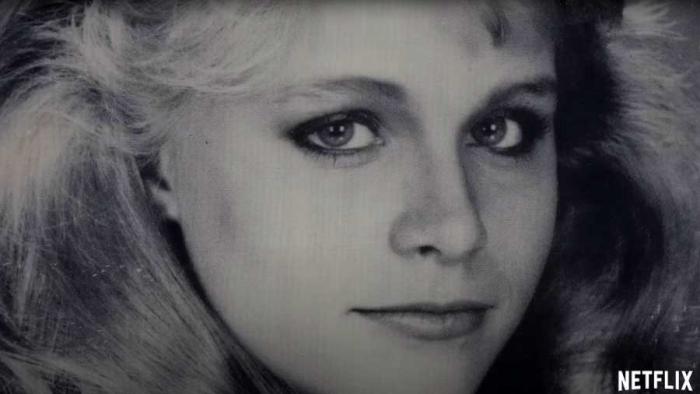 'The Girl in the Picture' Is Powerful, Horrific, and Earnest as Hell

em>The Girl in the Picture is a fascinating story about evil. In the hands of the true-crime industry, it’s too horrible and intense not to tell. It has all the ingredients that glue audiences reliably to the screen: the pretty white victim about whom everyone only has kind things to say, the truly horrific monster who tore across the US in horrific fashion, and the unending, cascading revelations of more and more broken and stolen lives left in his wake.

The documentary opens with the death of a young woman, alone in her hospital bed. Just like everything that follows, that simple moment unfolds into a massive web of hints and clues, which in turn unfold into full, nightmarish detail. The woman, Suzie, was a mother, a victim, a friend, an ROTC candidate, a top scholar, a nude dancer, an aspiring aerospace engineer, a sex worker—and she likely didn’t know as much about her own life and where she came from as the audience does by the time the credits roll.

I’ll never be able to approach true crime without asking the question of why it was made, what purpose it serves. The title itself gave me some hesitation. The Woman in the Window, The Girl on the Train … It sounds like every trope-heavy mystery novel. That is to say: an easy story, with notes of tragedy, delivered more for shock than for pathos. There are red flags for me: how overproduced certain montages felt, in the sense that they showed the pretty, tragic face of Suzie over and over again, slowly rewinding back to baby pictures as her past becomes clearer and clearer. I had the same hesitation over Skye Borgman’s previous true-crime documentary hit, Abducted in Plain Sight, with its pastel-sunshine flashback visuals framing gruesome narration.

As a whole, The Girl in the Picture is a deeply effective and well-told story of horrific crimes and the people left in their aftermath, who laboriously pull together the pieces of Suzie’s fractured history, what happened to her children, and any chance at justice. It’s rife with heart—but also with a requisite level of shock value. Every aspect of the story is more disturbing than the last. The blows just keep coming. From the beginning of the documentary, it’s been established that the young woman at its heart was killed when she was only 20 years old, after years of abuse. As they recount the years this case has haunted them, small moments of intense emotion appear on FBI agents’ faces.

It put me in mind of one of the best and most devastating true crime explorations that I’ve ever seen: Dear Zachary. A tragedy told from a deeply personal perspective, there is a deep sense of both love and horror throughout.

But of course, it’s also the story of a monster. In that way, The Girl in the Picture is at least in part an extreme, macabre exhibition: this man who abducted, raised, married, and killed Suzie was abjectly evil. It’s hard to find any other word for the unrepentant serial killer and rapist whose first imprisonment was for the kidnapping and rape of a four-year-old girl. Seeing his face and listening to his voice is a chilling shock-value moment; the documentary and its interviewees very rightly make no attempts to sympathize with him—to explain him and expose him maybe, but not to humanize him or what he did.

I really want to appreciate The Girl in the Picture for what it’s intended to be and what it achieves: a patient coming together of a nightmarish story via the cohort of friends, family, and professionals who sought out that truth over many years. Instead, hesitation sticks in my teeth. I’m drawn back again and again in my mind to Alice Bolin’s excellent book Dead Girls: Essays on Surviving an American Obsession and her astute dissection of the “Dead Girl” genre, both true crime and fictionalized, from Laura Palmer to JonBenét to Pretty Little Liars. That is, the mystery of the dead girl as an object of fascination, her corpse essentially becoming the impetus for tangled revelation and conspiracy unfurled with borderline fetishization.

I know, I know: it’s vastly unfair to critique a documentary for belonging to the genre that it does. That’s a bit like walking into a musical and complaining that the actors sing. But so many of the fascinated, borderline fetishizing tendencies of the Dead Girl genre are played out with discouraging exactitude in The Girl in the Picture. There is, for example, the repeated, longing gaze on a beauty shot of the victim, a trope David Lynch helped to establish with each Twin Peaks credit sequence.

But the most troublesome aspects of the Dead Girl genre are mitigated, even if they are present. For one, Suzie’s story never becomes about anyone else, in the tired formula of the male cop turning the investigation of a young woman’s murder into an exploration of his own life (Twin Peaks, True Detective…). Despite its flickers of unsavory tropes, The Girl in the Picture is a well-made and deeply emotional true-crime story that keeps its victim foremost and tells her story rather than burying her in the grisly details.