Best Halloween Movies On Netflix For Kids and Grown-Ups

What to watch on Halloween? The options seem endless and overwhelming. So we’ve selected horrorific highlights from Netflix’s current streaming selection with something for everyone in your household.

Super Monsters (2017)
Teach your kiddo about the fun of classic monsters with this quirky cartoon that features colorful and cheerful versions of zombies, werewolves, vampires, mummies, witches, and Frankenstein’s monster.
Watch it here.

Hotel Transylvania: The Series (2017)
Inspired by the popular animated trilogy, this playful spinoff serves as a prequel that centers on Mavis the vampire’s adventure-filled youth in the titular hotel, full of monsters and family-friendly mayhem.
Watch it here.

Coraline (2009)
Based on the Neil Gaiman book, this gleefully creepy stop-motion movie follows a spunky 11-year-old girl on a wild adventure that involves dancing mice, taxidermied Scottie dogs, and a deceitful ghoul called the Other Mother. Fun times for grown-ups: the voice cast includes Teri Hatcher, Dawn French, Jennifer Saunders, John Hodgman, Keith David and Ian McShane. Plus there’s a They Might Be Giants song in the mix!
Watch it here.

A Series of Unfortunate Events (2017)
Based on the Lemony Snicket books, this bonkers series follows the tragedy-strewn travels of the orphaned Baudelaire children. Give your kiddos a dose of gothic horror with a slathering of outrageous costume changes and capering comedy, courtesy of Neil Patrick Harris’s ever-conning Count Olaf.
Watch it here.

DreamWorks Spooky Stories (2009)
Characters from Shrek and Monsters vs. Aliens pop in for some short and sweet tales perfect for Halloween. They’re fun-sized!
Watch it here.

Little Monsters (1989)
Imagine if you befriended the monster under the bed. That’s the goofy premise of this Fred Savage horror-comedy, which co-stars Howie Mandel as a horned monster with a kid-friendly wild side.
Watch it here.

The Curious Creations of Christine McConnell (2018)
Instagram star Christine McConnell is known for creating creepy confections. On her new Netflix series, she constructs treats that look like venomous spiders, werewolves, and roadkill. And while she makes these sinister-looking sweets, she’s surrounded by a band of spooky puppets, like a resurrected raccoon who lusts after garden gnomes, a howling werewolf who can smell fresh blood, and a mummified cat who’s a real sourpuss. Rated TV-PG, it’s a weird one, but not graphic, and likely to amuse older kiddos.
Watch it here.

The Conjuring (2013)
Based on the case files of paranormal investigators Ed and Lorraine Warren, this James Wan hit centers on a loving family whose dream house becomes a nightmare because of a vicious spirit. Masterfully paced, this one will give you chills and some of the best jump scares of the past decade.
Watch it here.

Train To Busan (2016)
The zombie genre gets new life in this claustrophobia-inducing South Korean thriller. A band of survivors—including a father and his young daughter—battles the undead while being trapped on a train hurtling in a race against time and death.
Watch it here.

Haunters: The Art Of The Scare (2013)
This creepy documentary takes audiences behind the scenes of some of the most notorious home haunts in America. Forget the peeled grapes and cooked spaghetti. The twisted minds behind these spooky spectacles aim to haunt your nightmares with deeply disturbing set pieces and some boundary-pushing stunts that bleed into torture.
Watch it here.

Apostle (2018)
From Gareth Evans, the writer/director who brought us the spine-snapping action of The Raid, comes a cult-horror tale that starts as a slow burn and then goes jaw-dropping and stomach-churning gory. Bonus: Dan Stevens and Michael Sheen star.
Watch it here.

Gerald’s Game (2017)
Based on the Stephen King novel, Gerald’s Game begins with some kinky sex gone horribly wrong, then takes audiences on a journey of paranoia, madness, trauma, and survival. But be warned: the climax of this one is not for the faint of heart (or stomach)!
Watch it here.

Cargo (2018)
This Australian-set zombie tale is horrifying and heart-wrenching, centering on a single dad who’s carrying his baby girl through treacherous terrain in hopes of finding her a safe home. Low-budget but shrewdly made, this intimate and intense thriller is a true hidden gem.
Watch it here.

The Haunting of Hill House (2018)
Okay. It’s a TV series and not a movie. But Mike Flanaghan’s inventive adaptation of Shirley Jackson’s gothic horror novel is so rich with scares you’ll not only scream, you’ll hunger to go back and spot the spooky spirits you may have missed the first time.
Watch it here.

Did we miss your favorite Halloween-appropriate Netflix offering? Share it in the comments. 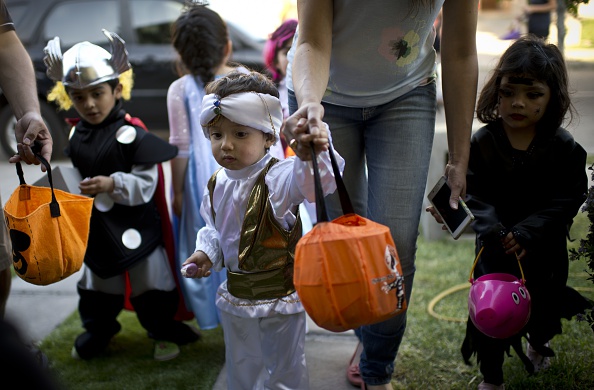 20 Trick or Treating Guidelines That NO ONE DENIES 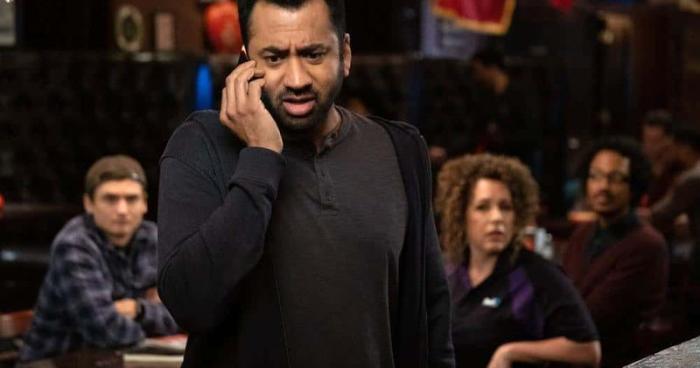