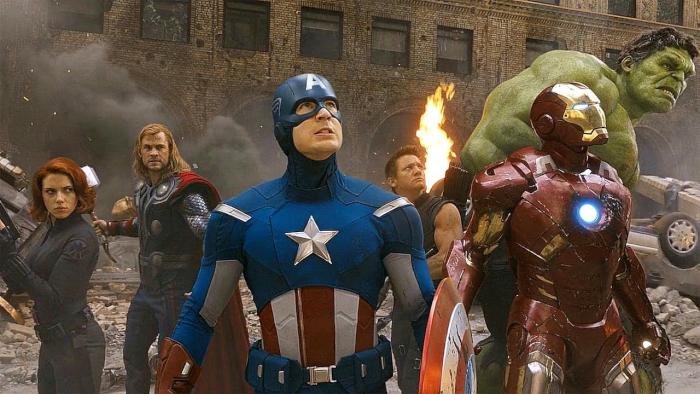 'The Avengers' Remade Spectacle in its Own Image

I vividly remember the beginning of the MCU. I was 14, and had a headache, unsure if I wanted to go out to see 2008’s Iron Man. But I went, staying until the end of the credits, watching Nick Fury (Samuel L. Jackson) take Robert Downey Jr.’s Tony Stark aside, saying “I want to talk to you about The Avenger Initiative.”

I knew a little about The Avengers from the comics in my parents’ house; some were my dad’s old ones, others came from eBay after me and my brother started reading them. Even after hearing about The Avenger Initiative, I didn’t think that The Avengers would actually be on screen together. That kind of thing had never been done before; surely it would be too difficult to make that work? There would be too many moving pieces, a story featuring all of the characters could never fit in just one feature-length film. But still, four years later, after the Phase One films (the only one pre-Avengers that I really liked was The Incredible Hulk), the gang was brought together in 2012’s The Avengers.

This film is probably still the peak — for better and worse — of the MCU as an endeavor. It did something that seemed impossible when the films started coming out; it brought together these disparate characters into a contained story that was good. Of course, the film was better when it was about the characters, and the overly chromatic climax ended up being the least interesting thing about it. But even after this, there was a gesture to another, more ambitious collision of worlds. After the credits for The Avengers, viewers got to see a version of Thanos for the first time. Before it had even ended, The Avengers was already recreating what spectacle looked like on the silver screen.

There are multiple kinds of spectacle in The Avengers. The first is the most traditional of them: action set-pieces; explosions; superpowers; the kind of thing that makes you gasp at the screen in wonder. This has been the cornerstone of blockbuster cinema for decades, from the first burst of energy coming from a lightsaber in A New Hope, to the heist sequence in the first Mission: Impossible, or the freeway free-for-all in the (criminally underrated) Matrix Reloaded. The Avengers has plenty of this; it has Iron Man and Thor (Chris Hemsworth) brawling, with Tony drops one-liners while he catches his breath - “dost mother know thou wearest her drapes?” is still funny. And once The Avengers, you know, assemble, the spectacle is kicked up a notch. Not only does the final act seem dedicated to showing off what each Avenger can do in combat, but it also draws constant attention to the fact that all of these characters are fighting together. The most famous image in The Avengers is the team together on a ruined bridge in New York; Mark Ruffalo’s Bruce Banner has just revealed he’s “always angry,” before turning green and punching a giant alien in the head. Once the monster is felled, the camera pans around to The Avengers and the theme swells up. This is the kind of moment that, if it happened now, would lead to cheers and applause in the theatre.

And that’s the problem.

This moment in The Avengers is undoubtedly great; it feels earned and impactful, and like we’re seeing something new, something almost impossible, for the first time. But as the scale and ambition of the MCU has leveled up, the idea of what spectacle means in cinema has changed with it. Because so often, this ramped up sense of ambition is related more with the size of the cast than it is a desire to tell any stories that are really all that different from these clashes of good versus evil seen in the first Avengers film. The canvas gets bigger, the villains get more grandeur, but really all that changes is the number of people on each side. Seven years after the Avengers first assembled, that line was echoed by Captain America (Chris Evans), in 2019’s Endgame. As legions of superheroes come through portals in space and time to fight the legions of Thanos, Cap shouts that rallying cry: “Avengers … Assemble.” On the surface, this is a great moment. But the longer it lingers, the more hollow it becomes. This moment doesn’t feel earned in the way that the New York fight does in The Avengers. It just feels like a plot-based necessity, a way to bring together every character in one long shot (and it’s a real shame that everything looks so dreary; none of these characters are really distinguishable from one another). When The Simpsons Movie came out, a big deal was made about the fact that every single character in the history of the show would be featured. There’s one tracking shot through an angry mob gathering outside the Simpsons family home where, if you tried, and if you squinted, you could probably make out every character to ever settle down in Springfield, even if they were only there for an episode. That’s what the “Avengers assemble” moment in Endgame feels like, a new spectacle that’s driven exclusively by the size of crossover, number of heroes, and now, post-No Way Home, number of universes.

The three Spider-Men in No Way Home, played by Tom Holland, Tobey Maguire, and Andrew Garfield, is, in theory, an interesting idea. There’s something ironic about the fact that the most meaningful emotional beat comes from Garfield’s Peter, as he lays to rest the ghosts of Amazing Spider-Man 2 (something I fear Paul Giamatti will never be able to do). But what this really does is open the door for a new kind of spectacle, one that’s based around the number of universes and characters that can be crammed into one film. Just look at the number of cameos that are littered in Doctor Strange in the Multiverse of Madness to get a sense of what the new kind of blockbuster spectacle looks like.

Garfield’s Spider-Man last appeared in 2014 in a bloated, misbegotten adventure that had one real goal in mind: to set up for the Sinister Six, in the way that phase one of the MCU set up for The Avengers. The chokehold that Marvel has on mainstream cinema — and blockbusters in particular, although the way these films push out anything that doesn’t have a superhero in the title can’t be ignored — has allowed the monolith to recreate the idea of spectacle in its own image. Sure, there are moments of surprising, unexpected, old-fashioned spectacle; the kind where visual flair and thrills were used with purpose. The team brawl in Civil War has this in spades, as powers are used in unexpected ways. But really, what that scene is about is the fact that you get to see scores of heroes together on screen at the same time. The new spectacle is no longer about being spectacular, but about fitting IPs and crossovers and team-ups together all at once. Spectacle is dead. Long live spectacle.


← With One Heartbreaking Scene, 'Made For Love' Season Two Brings Its Philosophy Into Focus | The Sex Scene in This Week's 'The Time Traveler's Wife' Is Something Else →