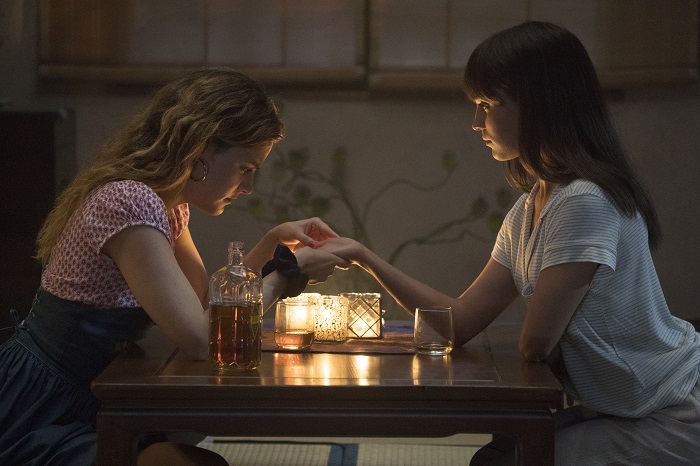 Review, with Spoilers: Netflix’s ‘Earthquake Bird’ is Aggressively Slow-Moving, But Its Spookiness Will Linger

Sometimes I forget that Alicia Vikander’s Oscar is not for Ex Machina, because I’m not sure she’s ever been as good as she was in that movie, a film that realized Vikander is not a particularly emotive actress and used her iciness to its best advantage. She can be slyly seductive, as she was in The Man from U.N.C.L.E., and smugly nefarious, like in Jason Bourne, but Ex Machina brought that all together. And I am pleased to report that Vikander is very much in that Ava mode in Earthquake Bird, the Netflix thriller from director Wash Westmoreland.

Westmoreland’s latter career has focused on navigating female pain and desire (Still Alice, Colette, that Christina Ricci Zelda Fitzgerald TV show Z), and that continues with Earthquake Bird, adapted from the novel by Susanna Jones. Although the film is exceptionally slow-moving—so much so that I wondered about midway through, Isn’t this supposed to be a thriller?—Vikander’s performance is engaging throughout. Coupled with the hotness of costar Naoki Kobayashi and the gorgeous Japanese location, Earthquake Bird is a satisfying enough foray into Patricia Highsmith territory. 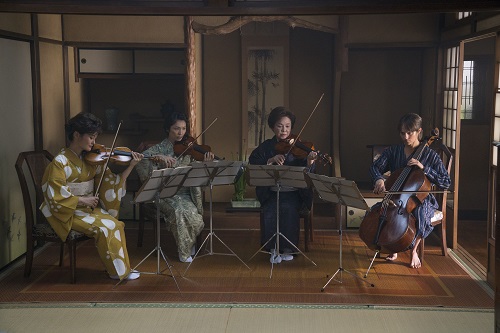 Earthquake Bird is set in 1989 and focuses on Lucy Fly (Vikander), a Swedish ex-pat who has relocated to Tokyo, Japan. For the past five years, her life has followed a carefully constructed monotony. Her outfits are all variations on a type: collared shirt buttoned all the way up, wide-legged pants, neutral colors, blues, browns, nothing to grab attention. She commutes to work every day as a translator and returns home to a meticulously clean apartment each night. She has friends [aspiring musician Bob (Jack Huston), coworker Natsuko (Kiki Sukezane, of The Terror: Infamy)] and a hobby, playing cello in a string quartet with three Japanese women, including the similarly single Ms. Kato (Akiko Iwase). But it’s very clear that Lucy is undeniably lonely, and that her structured life is built to hide something.

Everything changes when Lucy catches the eye of photographer Teiji (Naoki Kobayashi). Was it her purple coat that drew his attention? The fact that she isn’t Japanese? Her solemnness? Whatever it is, Teiji asks to continue photographing her, and despite Lucy’s extreme reservedness, she agrees. She’s attracted to him, she admits, and he saw her. So she sits for portraits in his tower studio, visits him at the noodle shop where he works, plans excursions for them in surrounding villages. Lucy is desperate to keep Teiji—and that gets more difficult when American Lily Bridges (Riley Keough) enters Lucy’s friend circle.

Lily can’t speak Japanese, has nowhere to live, and still dresses like a college-age party girl; at a karaoke bar, she sings Madonna with verve and gusto; at a club, people gather around to watch her dance. She is the magnetic, charismatic person Lucy absolutely is not, and yet she grabs onto Lucy, and the two form a sort of codependency. Lucy is dismissive toward Lily, but consistently put in her place—by Lily’s quick grasp of the Japanese language; by the fact that she was a nurse before moving to Japan; by learning about Lily’s caring family, who is sending her money from home. How can Lucy keep Lily from Teiji? And when Lily goes missing, who is responsible?

SPOILERS AND STUFF FOR EARTHQUAKE BIRD FOLLOW, SO IF YOU DON’T WANT TO KNOW, STOP READING!

Does Lily end up dead? Yup—but did Lucy do it? I will admit to you that I fell for this narrative while watching the film, which takes a somewhat familiar route for the Lucy/Lily dynamic: They don’t really have much in common, but they increasingly spend time together because they don’t know anyone else, and Teiji does in fact get in between them, because he’s Very Handsome and women can’t along when there is a handsome man, duh! And I say that sarcastically, but Earthquake Bird does an effective job portraying Lucy as a young woman plagued by death. We hear about how she accidentally killed one of her brothers. We learn that she was raped at 14 by her best friend’s father; he later died, and she lost the baby. We see one of her friends, a fellow member of the string quartet, fall down a flight of stairs and smash her head in, while Lucy stands at the top of the landing. The movie builds up Lucy as this individual who is continuously involved in the deaths of others, and so when Lily disappears, her fraught history with the American gets a sinister spin. And we eventually realize that Lucy, because of her obsession with Teiji and her own grief over so many deaths in her past, is beginning to lose time. She imagines her friends coming over a visit. She imagines injuring herself. She’s convinced these things happened, but they didn’t. What does that mean for her dynamic with Lily? 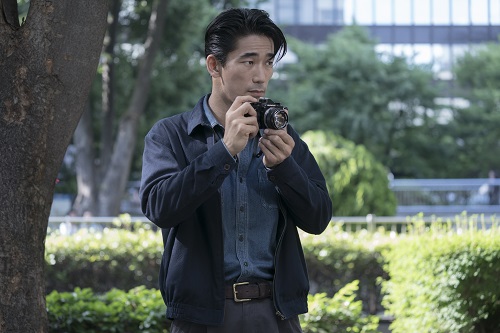 I’ve been lingering over these questions after finishing Earthquake Bird, because the movie itself sometimes feels like a slog. The creepiness didn’t set in for me until after the film concluded, and after the killer is revealed: Teiji. Overwhelmingly curious about what Teiji is doing with pictures of her, Lucy breaks into a locked cabinet of his and finds files and files of pictures of young women over the years; it only fuels her jealousy, because she thinks they’re all his exes. And once Lily has disappeared and Lucy thinks that perhaps she and Teiji ran away together, she breaks into his files again to find photos of Lily, too—including an image of her in death. Teiji killed her, and was perhaps responsible for the deaths of those other women, too—and maybe was planning to kill Lucy as well. A final showdown between the two of them ends in Lucy realizing that her obsession with Teiji cannot continue and that she had to end the relationship, Teiji trying to kill her, and Lucy killing him in self-defense.

With that knowledge in hand, so much of Earthquake Bird becomes complicated by Lucy’s status as an unreliable narrator and deeply repressed young woman. Westmoreland leans into that characterization with Lucy’s imagined threesome with Teiji and Lily, suggesting that her jealousy of Lily has more to do with desire than resentment; with split-second flashbacks to Lucy’s childhood trauma and the attack upon her by her brothers; and with various sightings of dead people from Lucy’s past. Those are all pretty by-the-book components of this genre, but the film’s second half ratchets up the tension, and Vikander’s performance remains our constant. And I think the film does something interesting in its depiction of Lucy as a woman so unmoored that she throws herself into Japan’s culture, grasping for authenticity in such strict terms that she actually closes herself off from the country around her. Earthquake Bird is somewhat laborious in making those points, but it’s a film whose unsettling qualities will grow on you with time. I’m already thinking about a rewatch.

And no, I’m not telling you what an “earthquake bird” is. Watch the movie!