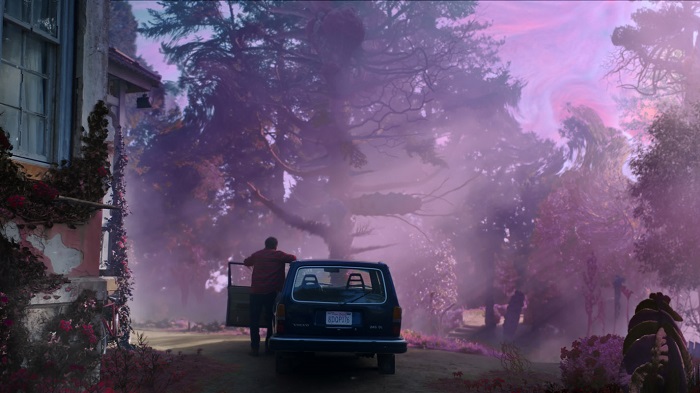 When it comes to cosmic horror, H.P. Lovecraft’s shadow is long (and his racism is inarguable; here’s a good piece from Literary Hub discussing how his white-supremacy ideology shaped some of his works). We’re still getting adaptations of his stories decades after they were published, like the Nicolas Cage-starring Color Out of Space, which opened last week and which Tori glowingly reviewed for us. Based on the 1927 short story The Colour Out of Space, the movie amps up many of Lovecraft’s most recognizable themes: the inherent horror of the unknowable, the strangeness of space, the grotesquerie of our bodies, the bizareness of nature’s transformation.

It’s a trippy experience as directed by Richard Stanley (who wrote the infamous cult favorite and commercial bomb The Island of Dr. Moreau), and as Tori describes in her review, the film’s narrative urgency is built by the mysterious meteorite that lands on the Gardner family’s farm:

What exactly goes wrong and why is hard to explain, and if you’re the kind of person who wants firm answers to life’s mysteries then this may be a problem for you. The meteorite has brought something alien to the Gardners’s doorstep. It infects the water, and the plants and animals and eventually the family, too. It manipulates time and flesh. It’s a sound. It’s static, radiation, miasma. It’s all of that, or none of it at all. Maybe it’s just a color — a pinkish/reddish/purplish hue that soon dominates the screen. It’s hard to describe because it’s supposed to defy our understanding, yet within that uncanny inscrutability the film finds its edge.

Does that remind you of anything? It should, because you should have read Jeff VanderMeer’s Southern Reach Trilogy, and you should have seen Alex Garland’s adaptation of Annihilation! Both of those things were good (our very own Steven did not think so, but I do)! And the similarities between Lovecraft’s short story and Stanley’s film, and VanderMeer’s novels and Garland’s film, are pretty damn trackable.

SPOILERS FOR COLOR OUT OF SPACE AND ANNIHILATION FOLLOW 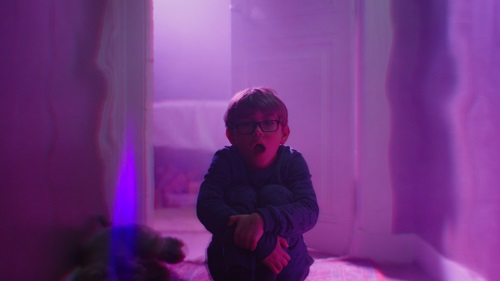 + A mysterious entity from outer space crash lands into Earth, transforming everything with which it comes into contact. In Color Out of Space, the meteorite begins “infecting” everything around it, either transforming it, killing it, or fusing it together. In the Southern Reach Trilogy, this alien entity manifests as a mysterious flower that pricks a character, begins infecting him with horrifying nightmares, and eventually transforms both him and the land of Area X.

+ The transformations in both novels/films are inexplicable, and don’t follow the rules of nature. In the film version of Color Out of Space, the meteorite crumbles into dust after it lands on the Gardner farm, but its effects still take hold in the land—unique fuchsia and purple flowers begin to grow around a well, and a gigantic dragonfly-like being buzzes around the property, and the plants that used to grow on the farm look okay but are disgusting on the inside. However the meteorite is changing the land doesn’t make much sense. Something similar happens in Annihilation—in Garland’s film, you see deer with flower antlers, flowers growing in the shape of people, coral-like masses wrapped around a lighthouse, and gigantic trees made out of what looks like ice. In VanderMeer’s book, these transformations are explained by the alien mass attempting to recreate its own world here on Earth, and recall that Natalie Portman’s Lena in Garland’s film says of Area X, it’s “making something new.”

+ Visually, too, the films present this strange place in similar ways. Color Out of Space presents its titular concept as whirling tentacles of pink and purple light that form a sort of aura around the Gardner farm, and a glimpse of the meteorite’s home planet is presented as so horrifying that it might in fact melt a human’s brain, their consciousness, their utter essence. Consider that Annihilation goes the same route with the Shimmer, the oily mass that surrounds Area X — and that, we learn in VanderMeer’s novels Authority and Acceptance, is spreading. And think too of the fractals that Lena encounters in the lighthouse, when she sees Jennifer Jason Leigh’s Ventress disintegrate—those fractals, like the home planet in Color Out of Space, are presented as outside of the realm of human understanding.

With so much that the films share in terms of cosmic horror, should you still check out Color Out of Space if you’ve already seen or read Annihilation? I vote yes! Of course! Because what I think Garland accomplished with his adaptation of VanderMeer’s text was a rumination on grief and personal loss, and the movie actually dialed back some of the existential fear shit that is in the original novel—honestly, removing the Crawler alone dialed back the creepiness. Meanwhile, Stanley’s film is more of a true horror offering, with miniature Cthulhu-like creatures, amputated fingers and gushes of blood, grotesque hallucinations, and an absolutely horrendous body-horror plot point that was so gross I had nightmares about it after seeing the film at TIFF this year.

It’s pretty undeniable that Lovecraft’s story was a major influence on VanderMeer’s text, but that doesn’t mean the Color Out of Space film is irrelevant. If you’re looking for another Cage film on the Mandy wavelength but with more of a leaning toward cosmic terror than straightforward sci-fi, Color Out of Space is the golden ticket. The extremely strange, extremely unsettling, extremely alpaca-filled golden ticket. 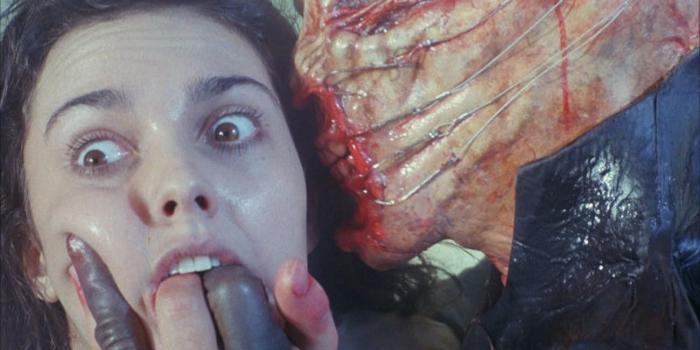 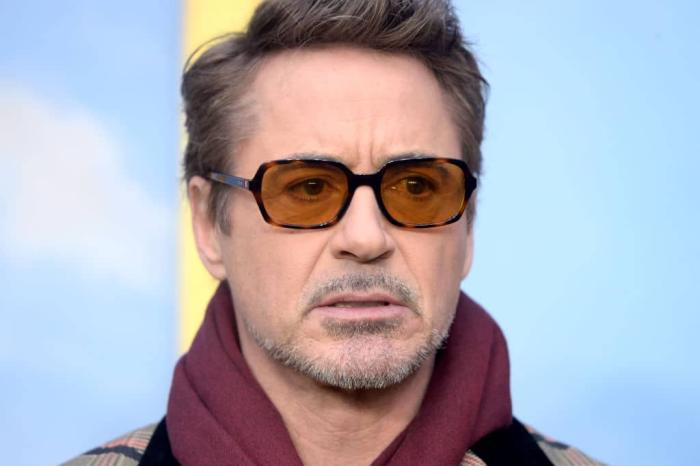