Soderbergh Brings Together a Rogue's Gallery for 'No Sudden Move'

Picture it, Detroit 1955. The federal minimum wage is one whole dollar. You can buy a new car for around $2,000. Ford Motor Company decides to list its stock for public sale. The Detroit Red Wings bring home the Stanley Cup. And men wore hats.

This is the world that Steven Soderbergh’s new heist movie, No Sudden Move, draws us into.

A crew of small-time crooks are hired to do what they thought would be a simple job. But, this is Soderbergh, so nothing is as simple as it seems. When everything goes wrong, the team has to figure out who hired them and why.

No Sudden Move also stars Amy Seimetz, most recently seen in Netflix’s Sweet Tooth, and Julia Fox (from Uncut Gems.)It will be available exclusively for streaming on HBO Max starting July 1st and I guarantee Don and company will be looking fine in their ’50s duds. Mmmh hmm. 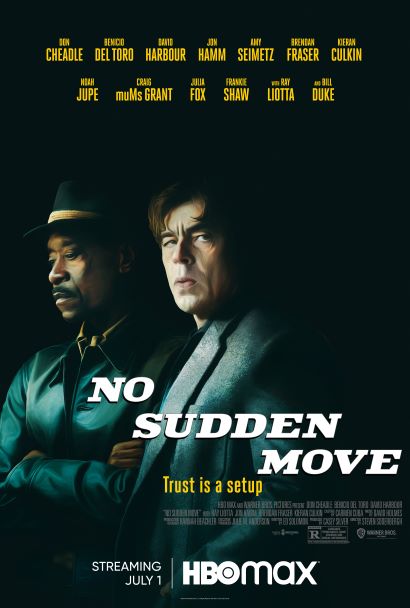