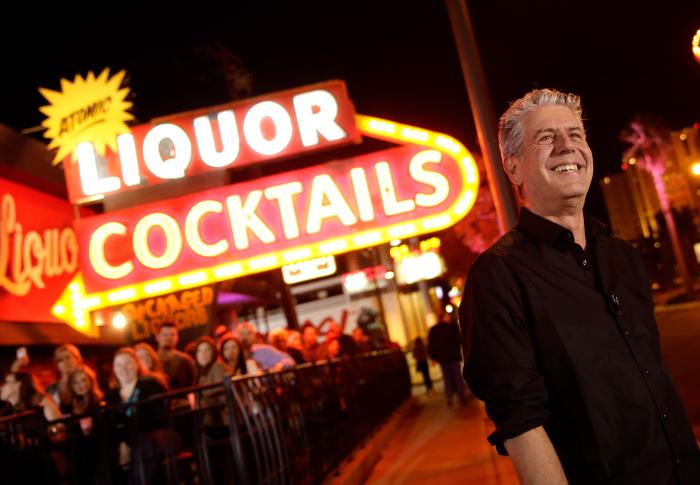 'Roadrunner: A Film About Anthony Bourdain' Will Look Back at a Legend

I think a lot of us felt the blow when Anthony Bourdain took his own life in June 2018. In the years since his 2000 publication of Kitchen Confidential: Adventures in the Culinary Underbelly the noted chef and world traveler became a lens through which much of America saw a world we couldn’t afford to travel. For a rural white guy like me living in a town almost laughably monochromatic, he provided a glimpse into cuisines that put my options of Italian or Americanized Chinese to shame. Real people cooked him real food and he accepted it with gratitude and humility, rather than taking it as an oddball challenge like some of his contemporaries (looking your way, Andrew Zimmern).

Along the way, he used his humor, outrage, and Rich White Guy powers to provide immigrants, blue-collar laborers, and countries like Haiti and Cambodia, whose conditions were significantly worsened by American policies, an opportunity to speak for themselves to an audience that often ignored them. When Bourdain said he wanted to beat Henry Kissinger to death with his bare hands, the man wasn’t kidding.

This is the life Morgan Neville explores in Roadrunner: A Film About Anthony Bourdain, dropping this June 11 at the Tribeca Film Festival. Currently best known for his surprise 2018 hit Won’t You Be My Neighbor?, Neville has also directed and executive produced multiple episodes of Netflix’s Ugly Delicious so this won’t be his first venture into the culinary world. He also won a Best Documentary Oscar for his 2014 piece on backup singers, 20 Feet From Stardom. After Tribeca, Roadrunner heads to CNN and HBO Max, so I should get to ugly cry in the comfort of my own home by the end of the year.

← 'The Nevers' Recap: Brightness Falls | A Couple of 'SNL' Cast Members Don't Seem too Thrilled about Elon Musk Hosting, Either →