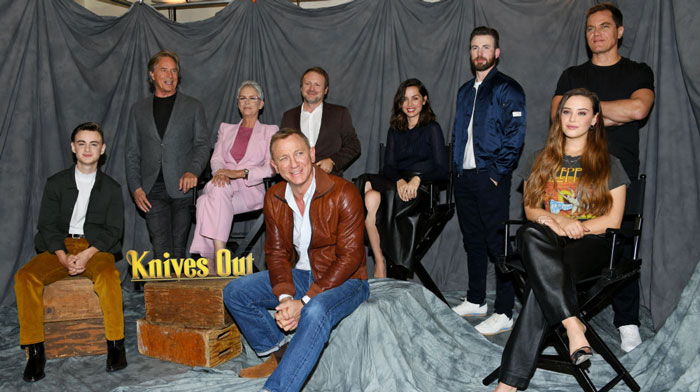 Rian Johnson's 'Knives Out' Sequel Has Been Greenlit

Rian Johnson’s whodunnit Knives Out has racked up nearly $300 million worldwide, scored a 97% on Rotten Tomatoes, and snagged a slew of award nominations, including a Best Original Screenplay nod for the upcoming Academy Awards. Since it debuted the Southern gentleman detective Benoit Blanc, audiences have been pleading for a sequel, to which Johnson seemed agreeable. Now that sequel is officially a go.

Deadline reports Lionsgate CEO Jon Feltheimer dropped the news yesterday during the company’s third-quarter earnings call. Johnson had previously said he was already at work on the script for the sequel. Good news for giddy fans: he’s hoping to shoot it within the next year.

While Daniel Craig isn’t officially set to reprise the role of Blanc just yet, Johnson’s producing partner Ram Bergman told THR in January, “Daniel had so much fun doing it, and he wants to do more.”

When Pajiba interviewed Johnson during Fantastic Fest, he said he’d love to get Joseph Gordon-Levitt, the headliner of Johnson’s Brick and Looper, back on the big screen. Asked who else would be in his dream cast for a Knives Out sequel, he said without hesitation, “Laura Dern. I want to get Laura Dern in here so badly.”

Johnson and Dern previously teamed up for Star Wars: Episode VIII - The Last Jedi, in which she played the regal and noble Vice Admiral Holdo. Between her work in this year’s Little Women and Marriage Story, Dern is currently enjoying plenty of acclaim, including an Oscar nomination for her supporting role in the latter. She’s also slated to reprise the role of Jurassic Park’s Ellie Sattler in the upcoming Jurassic World 3. So, it’s unclear at present if there’s space on her dance card for Johnson and his whodunnit sequel to swan in. But here’s hoping.

As to what this untitled sequel has in store, Johnson gave a clue when we spoke to him last fall. “I can’t think of anything more fun than every few years just doing a new one: with a new cast, new place, talk about some new stuff,” he said. “Daniel (Craig) and I had so much fun working together. I think that would just be a blast.”

← Censorship Does Not Mean What You Think It Means, Madonna | Review: Elijah Wood Confronts Daddy Issues In Thriller, 'Come To Daddy' →