Every four years, the entire world unites around the Olympics. Practically, we know the downsides of this international tradition—countries spend a ridiculous amount of money on Opening and Closing Ceremonies, building venues for competition and dormitories for the athletes, which afterward can stand unused—and of the economic and everyday hardships that most athletes go through when the games are over and they return home. (Foxcatcher, of course, comes to mind.) And in film, the experience during the games themselves is mostly told from an underdog point of view, Eddie the Eagle and Cool Runnings and The Cutting Edge, more focused on the prospect of victory than anything else. Olympic Dreams is a counter to that, not only as the first scripted film to ever be shot in an Athlete Village during the Olympic Games (2018’s Winter Games in PyeongChang, South Korea), but as an exploration of the day-to-day experiences of athletes, and how quickly they can flip between anxiety and loneliness and connection and camaraderie. In a cinema verité style, filmmakers Jeremy Teicher and Alexi Pappas, who also stars in the film, share how the mundanity of life in Athlete Village counters the extraordinary athletic feats these individuals are capable of. They are the best of the best, the most elite in the world, and yet their experiences in dorms, the cafeteria, and the game room can mimic some of the worst times in high school or college. Where to sit, who to talk to, what party to attend, who to hook up with—these are questions that some can handle smoothly and that others may be paralyzed by in Athlete Village.

Athletic Dreams focuses on cross-country skier Penelope (Pappas), a competitor who is all alone in South Korea. She places increasingly desperate calls to her coach at home, sharing that “I just really, really want it to be the thing I want it to be.” She is all nerves around a suitemate, answering awkwardly when she’s invited to dinner. And then all of a sudden, only a few days after her arrival in PyeongChang, she’s competed in the first round of her event and doesn’t place high enough to move forward. She’s barely arrived, and yet her time as an Olympic competitor is already over. While Penelope struggles with the realization that her years of effort have come to a halt, volunteer dentist Ezra (Nick Kroll) is delighted to be in South Korea. He left behind his job and a fiancée from whom he’s taking a break to live his dream of experiencing the Olympics, and everything is a source of interest, from the gift shop to the athletes he meets in his chair. But fundamentally, he is just as alone in this environment as Penelope is—and when they cross paths one morning, they start noticing each other more and more. You know how when you meet someone the first day of school, you seek that person out again and again so that you always know someone in the room? That’s the feeling that develops between Penelope and Ezra as they explore various venues, travel outside of Athlete Village, and spend afternoons and evenings together. And soon their friendship becomes something different, even as their time at the Olympics is beginning to run out.

The authenticity of this project comes not only from how Teicher shot on location over a few days in PyeongChang, but in Pappas’s own experiences as an Olympian; she competed as a track and field athlete representing Greece in Rio in 2016. At a question-and-answer session after the film, Pappas described how she would approach athletes in Athlete Village in PyeongChang, knowing from her own experience how to read their facial expressions and body language to decipher whether they were in an emotional place that was open to being filmed. The only athlete approached before the film was skier Gus Kenworthy, who during filming was not only capturing hearts across the United States because of that damn face and that damn body but was also engaged in a Twitter war with Vice President Mike Pence after Kenworthy’s kiss with actor boyfriend Matthew Wilkas was broadcast on TV during the Olympics. Kroll’s reminder of that sparring with our LGBT-hating VP brought cheers and claps from the Olympic Games audience, and Kenworthy took a very cute bow as a result, and I’m sorry I didn’t capture a video of it for you, please forgive me.

Kenworthy has a solid few scenes with Pappas, who overall dominates this project—we spend so much time with her character, experiencing her sadness and disappointment and then her struggles to connect with other athletes and with Ezra, and the film simultaneously benefits because of the character’s loneliness but also feels stifled by it. Her initial discomfort makes sense and explains why her fondness for Ezra would develop, but over time, it becomes repetitive from a narrative point of view. Pappas and Kroll vibe off each other well, and their reactions seem quite genuine (probably because so much of the dialogue was improvised), but what their interactions are leading toward feels almost anticlimactic by the end of the film.

Olympic Dreams is most compelling in its suggestion that we’re all plagued by doubt, by regret, by wondering whether a certain infinitesimal change in our lives would alter everything. “That could have been me if I did something else,” Penelope says when describing Olympic winners on the celebratory podium; “I wake up everyday … like a fraud,” Ezra complains of his dissatisfaction with his job. Although how the two move toward each other in Olympic Dreams becomes slightly less than compelling, Pappas is relatable, Kroll is amusing, and their individual journeys set against the backdrop of the Winter Games are worth exploring.

Olympic Dreams is in theaters and on VOD today, February 14th. 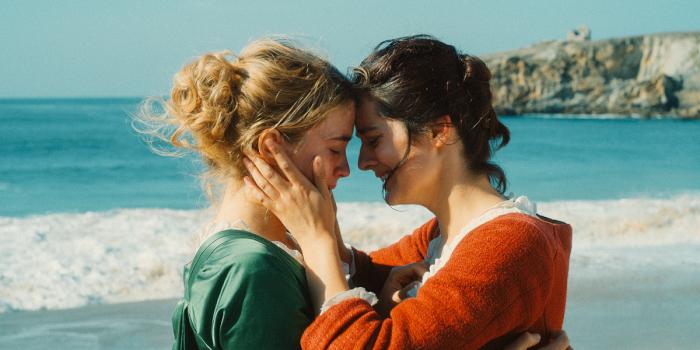 Review: Céline Sciamma's 'Portrait of a Lady on Fire' Is A Must-See Marvel

Review: The Megawatt Charisma of Issa Rae and Lakeith Stanfield Can't Quite Invigorate the Thinly Sketched 'The Photograph'