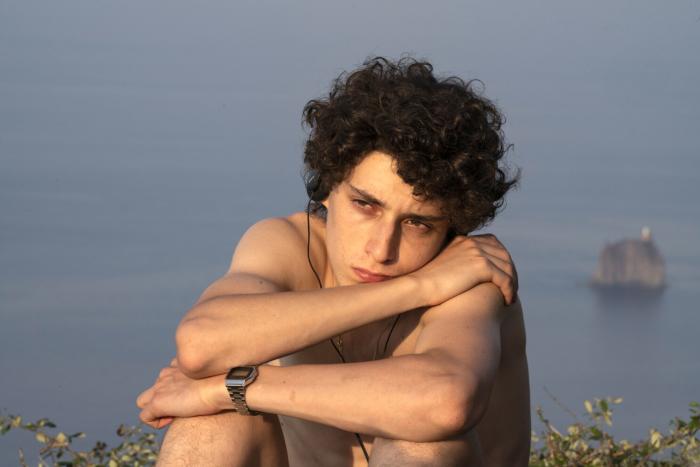 Review: Paolo Sorrentino Scores An Almighty Goal With His Gorgeous And Aching Neopolitan Bildungsroman 'The Hand Of God'

In the 1986 World Cup, the Argentinean soccer player Diego Maradona scored a goal against the Brits using his hand—a no-no in that game—but at the time nobody could prove he used his hand, and so the goal stood. Maradona was quoted later saying that he made the goal “a little with the head of Maradona, and a little with the hand of God,” giving the now legendary and legendarily infamous play—not to mention the sprawlingly novelistic and impassioned new coming-of-age film The Hand of God from The Great Beauty and The Young Pope director Paolo Sorrentino, out on Netflix this Wednesday—their shared names.

Sorrentino’s film, a full feast and a wonder that’s loosely based on Sorrentino’s own teen years in Naples over the course of a few weeks in the mid-80s, shows us that goal on the T.V. as our main characters see it and as they immediately process it into the stuff of legend. Our main character Fabietto (Filippo Scotti) is seized on the arm by his uncle, wild-eyed and dizzy with the kind of triumph only sports fans or U.F.O. cultists truly know, who proceeds to tell him that the play was an act of revolution, clearly intended as a slap in the face of the British who’d just fought a war with the Argentines a few years earlier. He declares Maradona a god, and the greatest player who’s ever lived.

But what’s interesting to me about this moment is what Sorrentino shows us next. We cut to a little while later, the game still happening, but now the family that’s watching the game is distracted. They’re bickering, and when I say “bickering” what I mean is that their least favorite relative is now laying on the floor while the other members of the family kick her and hit her, one of them using one of those old-school heavy-ass bladed fans that seem now, in retrospect, wildly dangerous. The specific reasons for this melee aren’t important, and Sorrentino’s camera wanders past the familial fracas over to the television, where we see Maradona score a second goal, this time the old-fashioned kick-it-in fair-and-square way. Which nobody notices.

The stuff of family myth-making, the slices of memory that get recalled and repeated, carved into the crests and legends, is nowhere more squared in Sorrentino’s eye than in this moment. Maradona’s “Hand of God” and what comes before it—a sighting of Maradona on the street here; a whisper of his transfer to Italy there—and all that comes after it, forms an arc across the film which everything hangs on, giving it its narrative form. Its meaning. Once you look back through the film you can clearly see the A to B to Z of that. But the filmmaker knows it’s in the choices between what we remember and what we don’t, what we saw and what we missed, where real life, messy and frail and too beautiful to stand at times, lives. Sorrentino knows he is here actively engaged in the process of mythologizing his own past, picking and choosing what means something and what doesn’t, just trying to make desperate sense out of and give meaning to what is in reality total chaos.

And so those moments in between, where conversation falls off and bird song swallows up a scene, where his liquidic camera stares one by one at the faces of the many characters he’s introduced to us deftly, smartly, in snippets, here watching them be silent and still and simply existing… The Hand of God aches in these in betweens. Sorrentino wants to find these moments the most of all—where nothing memorable was happening, where our eyes were turned away and the people we loved and yes, some that we lost, weren’t captured in eventually well-trod stories or will-be faded photographs. The sloppy pauses, the echoes of feet in empty streets, scattered disseminated shadows on stones leaving no trace. Our favorite aunt, right before everything went wrong, looking off a cliff in some perfect midday sunshine, the Mediterranean light caressing prisms in her hair.

The first half of Fabietto’s story, before things start spinning off the rails and his coming-of-age, as it must, comes, is full of such moments. His parents saying wordless “Ti amo”s via rejoindered whistles at opposite sides of rooms, their hands clutched around each other’s midsections as they speed down the road all piled on a scooter at night. Mom playing wild pranks on the neighbors, her juggling, the housewife version of Giulietta Masina in La strada with her sense of humor a sieve that spills all of the emotions all everywhere. Her laughter makes everyone fall over in fits; her heartbreak makes Fabietto shake uncontrollably, a seizure of sympathy gripping his every nerve like a vice.

It’s Fabietto’s curse, as it is with any artist’s, to empathize too much, too deeply, to know what to do with it all. And it is Sorrentino’s and The Hand of God’s job to tell us how he comes to find his way through. How he makes sense of it, and finds and fits together the pieces that matter, and importantly the pieces that, at first, seemingly don’t. As the tragedies of its middle half pile up everyone around him keeps saying they can’t focus on the bad stuff—they have to focus on life, on happiness — one character even tells him, thinking it’s a balm, that he will forget. In return Fabietto wanders the streets lost, breaking down into sobs in the middle of a school recreation break. Sorrentino, in this spectacularly empathetic and visually exultant portrait of the artist as il giovane, knows the way out is through—it’s in embracing the darkness that nobody wants to see, and it’s in seeing the moments that everybody else missed. None of us are simply witnesses—we are all creators of the past, of the goals seen, named, and all the ones also forgotten.


← Your 'Best Shows of The Year' Lists All Have One Glaring Omission | Pajiba 10 For Your Consideration: The Exquisite Katja Herbers →