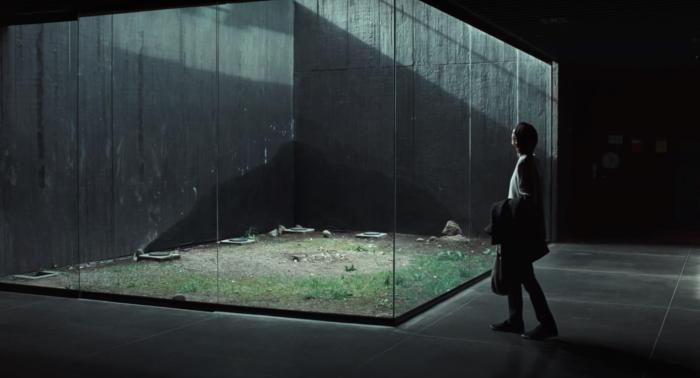 Review: ‘Memoria’ is a Languid Genre-Bending Drama that Invites the Audience to Embrace the Unknown

In the early hours of one seemingly normal morning, Jessica (Tilda Swinton) hears a noise. An expatriate Brit living in Colombia, she assumes the sound to be noise from a construction site or perhaps a car backfiring. Yet it soon becomes clear that only she can hear it. The sound is, as she describes it, like a giant concrete ball falling into a metal well. The more she hears it, the more addicted to discovering its origins she becomes.

Thai director and Palme d’Or winner Apichatpong Weerasethakul makes his (partly) English language debut with Swinton as his leading star, a dynamic duo seemingly grown in a lab to be Film Twitter bait. In America, Neon is distributing Memoria with a ‘never-ending release’ model which will see it play exclusive weeklong engagements city by city, with no planned at-home options. Us Brits, however, are getting it the old-fashioned way (and other regions will follow suit.) This goes a long way in explaining the apparently muted response to one of the more beguiling films of the past twelve months, a piece of slow cinema that practically begs to be described with our most familiar of cineaste cliches: tone poem, a film you absorb more than view, an experience, and so on. All of those terms are fitting here, but they also flatten what is really a striking, aggravating, and weird as hell film!

Appropriately for a film all about a sound, the sensory focus of Memoria is Weerasethakul’s primary focus. The noise is familiar yet not, like a dull gunshot in a padded room or a baseball bat swung against a metal sheet. The languid pacing lulls you into a false peace, making you forget Jessica’s conundrum until the noise bangs once more, forcing you to jolt every single time. Like our heroine, you’re left on edge, wondering when it will return. In this beautiful country she calls home (Colombia looks incredible in every scene, lived in yet under the thrall of nature), something is wrong and nobody else knows it. Swinton, mostly defined for her chameleonic oddness, is the perfect figure of isolation and melancholy to convey Jessica’s unique struggle. In one scene, she visits a sound engineer to try and recreate the sound, and the camera (mostly static throughout) shows her tense frame tighten as she seeks out the noise. In another moment, she visits a restaurant with her sister’s family and desperately tries to keep her composure as the noise bangs and bangs while everyone else talks on unaware. It’s hard to imagine another actress who could bring those notes of uncanny to the mundane and make it seem as natural as breathing.

Swinton is one of the great outsider figures of mainstream cinema, if there can indeed be such a thing. Who else could lead the audience through a narrative that is so deliberately slow, full of extended shots where the camera never moves and, through its uninterrupted gaze, transforms the normal into something unreal? The lushness of the sound design is appropriately inviting, layered in ways that invite you to pick apart the various textures at play. how curious it is to realize how different the world becomes when you remove something like the wind through the leaves. Sometimes, the film feels more like an installation in a gallery than something intended for the arthouse crowd, but there is substance here beyond an artist’s statement.

There is a stark difference between being alone and being lonely, and for Jessica, any comfort she felt with the former has long been overwhelmed by the latter. Her sister has her own life while the sound engineer, she quickly grew attached to soon disappears without a trace, leaving her to briefly wonder if he ever even existed. She worries that her auditory interruptions are a hallucination, a fear dismissed by a nurse who tells her to find Jesus for a cure. It is one thing to be a stranger in a new land, as Jessica is, being a Brit in a South American nation where her Spanish language skills are basic. It’s another to feel so out of step with the planet as a whole. The sheer breadth of the unknown is as magical as it is terrifying, a platform for transcendence that few of us are prepared for. There really is nowhere else for Memoria to go but beyond our realm.

The third act delves into the mystical in a way that feels natural yet not, much like the film that precedes it. Jessica meets a mysterious yet familiar man who possesses a perfect memory and claims connections to a never-ending past. Through touch, Jessica experiences a rush of sound, like static on an old radio as they tune into the frequencies of lives once lived. Where it goes will divide viewers. It made me slack-jawed.

I’m sure a lot of people will read this review and decide that Memoria sounds utterly insufferable. I get it. I tried to describe it to someone after I saw it and their polite smile and nod said it all. This isn’t entry-level cinema, although, in fairness, I’m not sure anything by Apichatpong Weerasethakul would fit into such a category. There’s nothing here that offers an easy route into the narrative, such as it is, for the novice viewer. You’ll know from the moment you see the trailer if Memoria, with its unique cinematic vocabulary and elusiveness, is for you. For those on its wavelength, its rewards are waiting to be reaped.

Memoria is currently in U.K. cinemas. For American viewers, stay tuned for the roadshow release in your area.