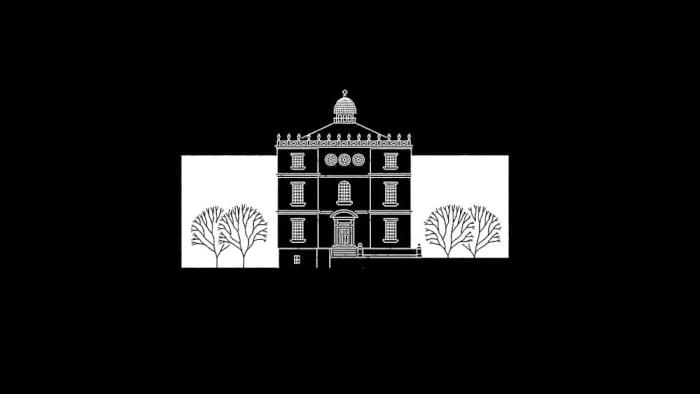 Review: Learn To Let Go In Netflix's Creative And Creepy 'The House'

I love stop motion animation, but I also understand why some people find it creepy.

I mean, think about it: the malleability of animation expressed through materials of concrete reality. It is a constant dance on the edge of the uncanny valley, our senses both recognizing the impossibility of the actual shapes and forms while also reminding us that these are more concrete, more tactile, more dimensional than a drawing. Whether paper or clay, strings or wires, plastic or metal, it allows the fantastical in the most mundane trappings.

This contradictory nature is why I think stop-motion animation lends so well to horror, especially that with a cosmic or supernatural tinge. Those genres are built on the terror seeping beyond the filters of reality, on peeking behind the curtain of so-called “sanity” to acknowledge how flimsy our constructs of rationality are. I’m not a horror expert or even a fan (I have plenty of intrusive thoughts just from reading plot summaries, thanks), but I can and do respect the work that goes into crafting a story to crawl underneath the skin and along the nerves.

The House is not “horror” per se, or at least it is more existential in its horror. Netflix bills it as an “eccentric dark comedy,” and I suppose it is, in the classical sense of “it has a happyish ending and some jokes.” But it certainly leans more towards the “eccentric” and “dark” parts of that label. The anthology film is produced by Nexus Studios as part of the streamer’s plans to expand its adult animation slate (which, like most “adult” animation in the West, primarily consists of comedies). Featuring the voice talents of Matthew Goode, Helena Bonham Carter, Miranda Richardson, Will Sharpe, and musician Jarvis Cocker, written by Enda Walsh (2008’s Hunger) and directed by some of the best in the field, The House is a remarkable and affecting meditation on obsession, materialism, self-acceptance, and learning the difference between a dream and a delusion.

The film is broken up into three chapters, each connected by the eponymous House located in an intentionally genericized part of England. The chapters change between time, circumstances, and even species of the characters. There is a possible temporal through-line, but it seems to be there more to establish the particular challenges being encountered than an actual attempt at linear order. The three chapters are:

I - And heard within, a lie is spun (Directed by Emma de Swaef & Marc James Roels)

In a cozy cottage somewhere in 19th century England lives protagonist Mabel (Mia Goth) and her family. This idyllic existence is upended when her father Raymond (Goode), a former member of the gentry feeling pretty sore about his humble circumstances after a caustic visit from extended family, is revealed to have agreed to move the entire family to a new home designed by the great Van Schoonbeck (Barney Pilling) after a strange meeting in the woods. After moving into the House, Mabel notices strange occurrences around her, from the builders who always stop and stare at her when she looks at them, to the peculiar behavior of their benefactor’s representative Mr. Thomas (Mark Heap), to Raymond and mother Penny (Claudie Blakely) becoming obsessed and neglectful. It’s soon up to Mabel to care for her baby sister Isobel (Eleanor de Swaef-Roels) and try to find a way out of the House.

This chapter sets the tone for the whole anthology, and boy does it. I can’t say too much without spoiling, but if you aren’t in for the ride once this chapter ends, I’m sorry and you can go ahead and click away. Goth does an amazing job voicing Mabel as a child trying to understand what is happening but resolute in knowing something is capital-W Wrong. Van Schoonbeck is disturbing on so many levels, and the imagery to show his increasing influence is sublime. And the giggling… *shudder*.

We meet the unnamed Developer (Jarvis Cocker in the form of an anthropomorphic rat) currently working on renovating the House he acquired in a modest 21st-century neighborhood. He is clearly desperate to flip this House and get out from under the bank that’s constantly calling him, which leads to him cutting corners and trying to do everything himself. Despite some serious snafus, including an unfortunate infestation of bugs in the walls, the Developer rallies and thinks that the worse is behind him. But after a disastrous first viewing, he encounters a strange couple (Sven Wolter, Yvonne Lombard) who are “very interested” in the House.

First off: there are a LOT of bugs and rats in this one. So if you have a thing about them, I am warning you off now. Skip the chapter or the film, whichever works for you. This is where the morality of the whole film is made abundantly clear; the previous chapter hints at it, but due to the protagonist being an innocent child, it is limited in how it hammers the message home. But the Developer is no child, and the chapter pulls no punches. It is also the most “comedic” chapter, due to the occasional forays into slapstick, a great character establishing needle drop near the start, and Crocker’s sublime portrayal of a rat in way over his head but convinced he can swim. But again, I am going to warn you: if you have any kind of discomfort around bugs or rodents, skip this chapter.

Our final chapter takes us into a seeming post-apocalyptic period, where the House somehow still stands overlooking the totally flooded surrounding lands and blanketed by an ever=present fog. The House has been converted into a boarding house of sorts, maintained by Rosa (Susan Wokoma, Crazyhead, Enola Holmes) the cat landlady. Rosa wants to renovate the House and bring it back to its former glory, but she is stymied at every turn. Supplies are low, the plumbing is going bad, and her only remaining tenants, Jen (Bonham Carter) and Elias (Sharpe) don’t seem to understand the concept of rent all that well. But Rosa is determined to make it work, and when Jen invites the nomadic Cosmos (Paul Kaye) to stay at the House for a spell, Rosa isn’t happy until he reveals his skills as a handyman. But Cosmos is not there to fix the House, at least, not in the way Rosa believes she wants.

This chapter might get some argument as to how well it fits with the previous ones. I know I was tempted to object to how Rosa’s dream to fix the house was framed, at least until halfway through. It seemed so reasonable, so grounded as opposed to the previous two. But yeah, the hippie named Cosmos was totally right in what he did. And it took her almost too long to realize it. This is probably the most unambiguously happy ending of the three, and I thought that was a good choice. It needed that upswing of hope at the end.

One thing about each of these stories is that, while the moral of each is clear and consistent, one can be tempted to think they are being needlessly cruel to seemingly innocent people. That’s the rub of The House; it does a good job of getting you to root for the characters while also leaving enough evidence to show that, yes, these horrors are more or less self-inflicted. The truly innocent parties in each story do escape a gruesome fate, although the happiness of those endings may be a bit esoteric. While it seems like it’s going for a finger-wagging about being greedy and the like, the final chapter reveals the true moral: that obsessing over what you think you should have will always lead you to lose what you already possess. It’s not that you can’t dream or reach for more, just make sure that you aren’t doing it for the wrong reasons, or taking shortcuts that may do more damage in the long run. And eventually, even desires for reasonable things can become unhealthy if they go on for too long, and you should move on.

If you like low-key creepiness with a tinge of the old Aesop ala Twilight Zone or The Outer Limits, and you don’t mind bugs, I heartily recommend The House. It won’t scare your socks off, but it is a gorgeous demonstration of the power of stop motion and certainly bodes well for the future of Netflix adult animation that doesn’t involve sex jokes (no offense to Big Mouth et al.). Also, the credits roll over a song by Cocker in character as the Developer. It is a catchy little tune and I do hope you listen to it at least once.