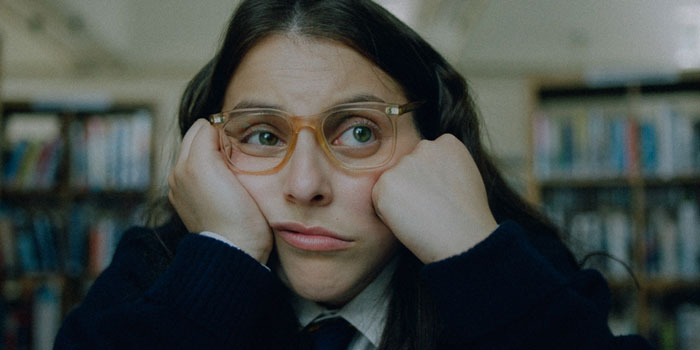 Review: 'How To Build A Girl' Teams Emma Thompson, Caitlin Moran, and Beanie Feldstein, And Yet...

In three short years, Beanie Feldstein has become a queen of the coming-of-age comedy. In 2016, she was a scene-stealing sorority sister in the rowdy sequel Neighbors 2: Sorority Rising. In 2017’s Lady Bird, she made us howl and broke our hearts as the plucky best friend of the TITULAR ROLE. Earlier this year, she blew critics away as the cutting co-lead in the absolutely brilliant and sensationally hilarious two-hander Booksmart. Now, she’s headlining How To Build A Girl, an adaptation of English columnist Caitlin Moran’s YA novel about a good girl gone bad. Between the talent behind the film—including Moran, Emma Thompson, Paddy Considine, Alfie Allen, and a slew of exciting cameos—this coming-of-age movie seems poised to be Feldstein’s crowning achievement before the 26-year-old ages out of the genre. But while there’s plenty that charms in this quirky misadventure, it’s ultimately—and shockingly—a frustrating misfire.

Helmed by English TV-director Coky Giedroyc, How To Build A Girl stars Feldstein as Johanna Morrigan, an ambitious but impoverished teen girl scraping by and dreaming big in 1990s Wolverhampton. Awkward but aching for community, validation, and sex, Johanna has a “rich internal life,” which she explores through fictional memoirs, embarrassing poetry, and talking to her wall of heroes. Construction paper frames with hand-drawn labels surround likenesses of the Bronte sisters, Cleopatra, Karl Marx, Sigmund Freud, Elizabeth Taylor, and Sylvia Plath. When she’s feeling low, Johanna calls to them for advice and inspiration. Cheeky fun is had by casting a slew of recognizable comedic performers in these roles. A bearded Michael Sheen harumphs as Freud, while Great British Baking Show hosts Sue Perkins and Mel Giedroyc chest bump as the Brontes, and Lucy Punch delivers dark punch lines as the suicidal Plath. Sadly, Johanna largely leaves behind the whimsical fun of her fantasy world after a series of humbling events leads her to write for a deeply douchey music magazine, run by a bunch of f*ckbois.

There, she re-imagines herself as Dolly Wilde. Channeling her rich imagination into a radical makeover and a take-no-prisoners persona, she chases her need for acceptance by playing to the jaded creeps who think of her as a “bit of rough” novelty. Encouraged by them to get ruthless in her reviews, Johanna goes “to the dark side,” and begins making enemies and slinging insults like suggesting Eddie Vedder should ripoff Kurt Cobain once last time, and kill himself. This mad-bitch persona makes her feared, famous, and rich. Johanna can now help her parents not only pay the bills but also buy a new car and TV, which shifts their relationship into an uncomfortable place of co-dependence. But it’s not all bad news. In this flurry of infamy, parties, and parental issues, she also meets a kind-hearted and hot rockstar (Alfie Allen), who becomes her real friend and imaginary boyfriend.

How To Build A Girl is at its best when Giedroyc embraces the power of cinema by channeling Johanna’s creativity into movie-worthy fantasy sequences. It’s good fun to watch her interact with her wall of heroes, and each cameo gives a bit of dazzle. It’s surprising and whimsical when this device reaches outside the cozy safety of her bedroom. A Bjork poster comes to life in a public restroom to coach her to self-confidence. The film’s most charming sequence comes when a bus stop poster of her rockstar comes to life, walking her home, his skin still alight with the glow of the ad’s fluorescent backlight. It’s when the film tries to tackle real-life stuff that things go from entertaining to tiresome.

Don’t mistake me: Feldstein is phenomenal. The American actress put in solid work to nail the English accent that’s based on Moran’s. She throws herself full-bodied (off stages and into mosh pits) to embrace the verve of Moran’s mixed-up heroine. Feldstein is vibrant and vulnerable as ever, and deftly paints a complicated portrait of a girl struggling to find herself amid fame, misfortune, and adult situations above her paygrade. And this marvelous leading lady not alone in her excellence.

Playing her dear but deluded dad, Paddy Considine brings brusque humor and an undeniable DADDY sexiness when he chases off a schoolyard bully by lolling, “I know you, I f*cked your mom back in ‘72. Tell her I said hi!” Playing a wannabe rockstar who never was, Considine weaves in a pained hopefulness that positively stings. Then, there’s Allen. Despite being best known for playing a wretched coward on Game of Thrones, he positively shines as the dreamy rockstar, so soft, smart, and soulful! Every cameo crackles with life. So why doesn’t How To Build A Girl work?

While the script by Moran and John Niven slices some subplots and cuts some characters, the story still feels achingly unwieldy. It wobbles from Johanna’s home life to sex life to professional life to school life and back again, never really certain which section is its focus. As such, scenes that perhaps seem intended to play big feel undercut by being slammed into a sequence seemingly inconsequential, like Johanna walking into the “cool room” at school. Why is it cool? Why does this achievement matter? No time to explain, we have a lot more plot points to cover. And that’s the problem. Giedroyc’s pacing feels less like a film’s and more like a Wikipedia entry’s: This happens then this then that. She doesn’t allow moments to breathe, and so their emotional weight slips away as the movie rushes into another. It’s as if Giedroyc doesn’t trust the audience to listen and allow the story to unfurl. So instead, she spills it out like the verbal diarrhea of an insecure, rambling teenager.

I walked out of How To Build A Girl underwhelmed and astonished. I went in expecting great things, because on paper there was plenty to be excited about. Feldstein is easily one of the greatest comedic performers of her generation. Moran was responsible for the wickedly funny and heartbreakingly tender memoir How to Be A Woman. This premise seemed like a gender-bent Almost Famous. What’s not to love? The whole. This whole is less than the sum of its parts. A bumbling pacing and scattershot focus snarls a story that is interesting, but never quite exhilarating or devastating.

Still, there’s a lot to like in the parts. On top of the cheeky fantasy bits and the terrifically charming performances, How To Build A Girl also offers a coming-of-age story about a girl who is geeky, plus-sized, sexually engaged, and ashamed of none of these things society regularly shames in girls. While Johanna makes mistakes, she never apologizes for her passions or her body. As Dolly Wilde, she embraces a steam-punk fashion sense that shows off her curves with radiant pride, snug corsets, and fishnet stockings. It’s a joy to see these moments of geekery and glee, even if the whole doesn’t really come together. However, the bit where the film conflates nasty reviews with negative reviews and where Johanna literally apologizes to every artist she gave a bad review? THAT bit can f*ck right off.

This is a film about the complexity to be found within a so-called bad girl. It’s a film about being a writer, and the push and pull of positive and negative influences within that vocation. And yet, despite all of this, How To Build A Girl ends with a climax that forces its headstrong heroine to apologize for her artistic expression, and notably only to male artists. While one of these apologies is well-deserved (and frankly too easily accepted), this pat “lesson learned” ending crudely ignores the complexities about writing while human. Which is a shock because the film seems to be interested in that, until it’s just not. So, the movie rushes to a close, flinging cliches like self-satisfied confetti. Here is the apology demanded from a 16-year-old girl for behaving like “a bitch.” Here is the new improved makeover that covers her curves and softens her hard-rock edges. Here is the happy ending that offers the audience sweet smiles instead of challenging truths. In the end, How To Build A Girl does its bold misfit a disservice by treating her as a cautionary tale whose lesson is “apologize and smile more.”

But…perhaps I shouldn’t be trusted. After all, it seems I am the kind of girl this movie warns you about.

How To Build A Girl made its world premiere at the Toronto International Film Festival. 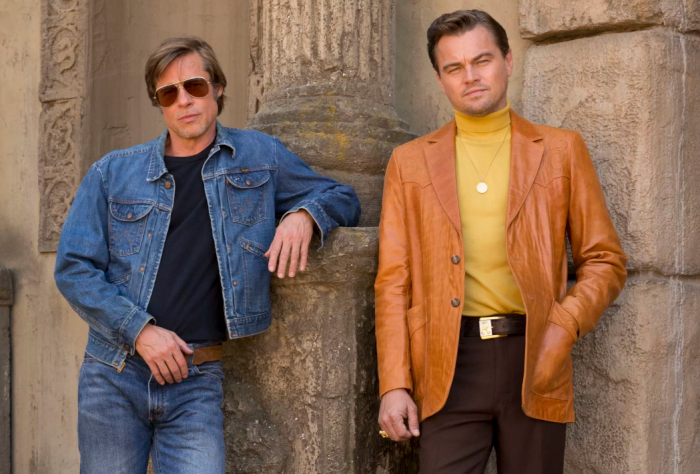