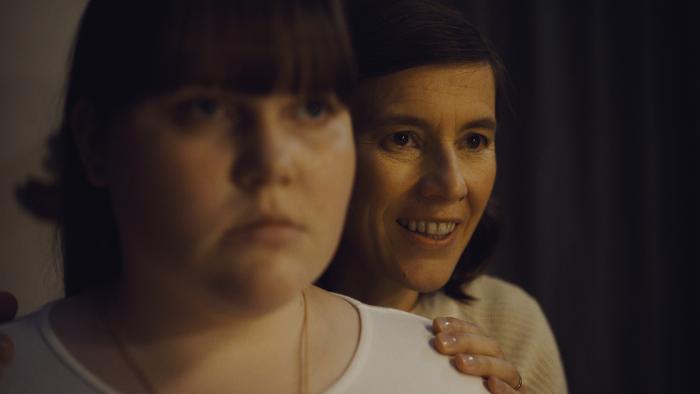 Tribeca Review: How Hungry We Are For Horror, And Here's 'Family Dinner' To Fill Us Up

I could come up off-hand with a dozen plausible reasons why we’re currently having a Folk Horror renaissance at the movies—we’re too far removed from Nature! The weather is about to kill us all dead! Uhhh, you know, Pandemic! The names Ari Aster and Robert Eggers! But in the way, Horror has always echoed our cultural anxieties I’d say it’s all of the above; every one and more. And it’s been fascinating to watch the ways these films and these anxieties have all fed into one another, a daisy chain of dankness—The Witch begot Midsommar begot Gretel & Hansel et al. For me, an awful lot of this traces itself back to a filmmaker thought of more as art-house, as more Bergman on a bad day, than he is thought of as being an Eli Roth peer. And yet we just keep coming back to Michael Haneke, don’t we?

Specifically in this context, it’s Haneke’s 1997 nightmare Funny Games (the original version), which to my eyes seems the father of so many current movies and their harsh, cold inclinations. Funny Games isn’t usually classified as Folk Horror, but I think, in that austere Hanekeian sense, it fits—it is about city people going to the country and the country taking a big nasty bite right outta them. It’s more of a vibe, with the signifiers boiled down to their purest essence, but seeing as how all the badness visited upon that poor family stems from a neighbor borrowing eggs, that loaded symbol of Life itself, I don’t think it’s an inordinate reach. At the least a case could be made that the Austrian filmmakers’ attachment to detachment and despair has roosted a nest in the sub-genre and called it home—you can see his fingerprints on all of those aforementioned movies, alongside countless others. (Can I get a Goodnight Mommy holla?)

Anyway, I certainly thought of Funny Games more than twice while watching director Peter Hengl’s film Family Dinner, an unnerving new nightmare premiering at the Tribeca Film Festival this week, and not just because the film comes from Austria (although hey Austria—you good?). Family Dinner sees the 15-year-old Simi (Nina Katlein), who’s been feeling down about her weight, heading to her Aunt Claudia’s (Pia Hierzegger) country house for Easter weekend in order to get some lessons from the expert herself. Aunt Claudia’s written the book on weight loss—literally, a couple of them! Big successful ones. And after some hesitation on both sides (their relationship isn’t terribly close, for reasons we’re unclear of at first) Simi prods her aunt into action. All of which spirals woefully out of control right there alongside the holiday festivities.

See, Aunt Claudia’s working on a new book, one that’s taking the country house’s surroundings and ancient history into account—lots of runes and symbols start appearing, and everyone speaks in hushed tones of the approaching Sunday feast … how much of the paranoid tone is genuine and how much of that is a part of Simi’s eventual starvation-based hallucinations it’s not really clear. Cuz Aunt Claudia, turns out, is one extra sadistic Martha Stewart—she calls what she has in store for Simi “fasting,” but she also takes a perverse pleasure out of serving heaping portions of food to her sickly son Filipp (Alexander Sladek) at the same time, at the same table, all while Sidi watches on in tummy-grumbling agony.

For his part, cousin Filipp doesn’t just feed on all the food shoved his way —he too seems to feed on Simi’s discomfort. And so he starts dishing out conspiracy theories toward his cousin—ones about his mom, and ones about his suspiciously affable step-dad Stefan (Michael Pink), whose marble-cut abdominal muscles keep appearing to confuse the issues at hand. Oh and about that big brunch that’s got everybody hot and bothered, of course—that one hanging in the near future like a big delicious red herring. And as Simi’s hunger delirium takes hold, so too do her fears and worst fantasies… and friend, you’re right there with her.

If you can suss out where Family Dinner is going already that’s OK, it’s not really about the surprises—it’s more about that Haneke-ian sense of inescapable doom of a future that it feels sometimes like what awaits us all. It’s about watching the gears click into place that will undo us, and as such it’s super effective brutal stuff. Hengl, somewhat unbelievably helming his very first feature here, has a firm grasp on atmosphere and tension, and Katlein makes for a compelling question mark of a leading lady. They both keep us off-balance enough along this path of horrible inevitability, questioning just how in it to win it Simi might be, and in so doing turn a tale of self-empowerment into a mad fable of how far we’ll go in the name of actualization. After all there’s a Final Girl inside everyone of us, hungry to get out.