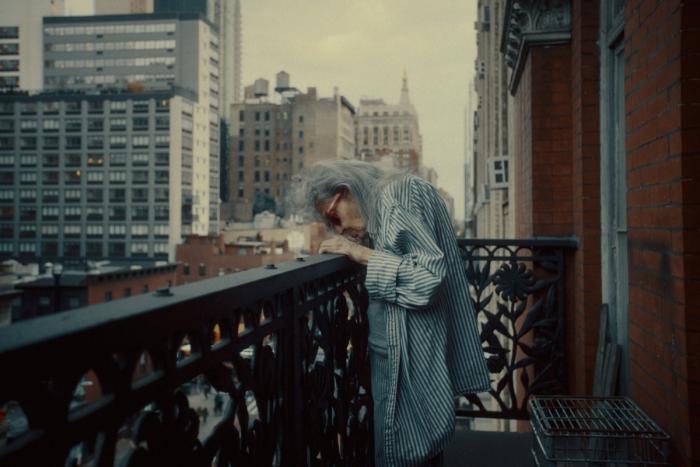 Review: ‘Dreaming Walls’ Reveals the History and Ongoing Gentrification of the Chelsea Hotel

New York’s Chelsea Hotel has long secured its place in artistic history. The iconic building was one of the centers of the counterculture, a thriving hub of creative revolution during an era of immense flux. Bob Dylan lived there. So did Allen Ginsburg, Robert Mappelthorpe, and the Warhol superstars. Arthur C. Clarke wrote 2001: A Space Odyssey while living there. Nancy Spungen was murdered in one of its rooms. Madonna used it as a location for many of the photographs in her Sex book. But those days are long gone, as the new documentary Dreaming Walls: Inside the Chelsea Hotel reveals.

Over the past decade, developers have been turning the hotel into a new glossy and expensive hotel, all while a handful of residents remain living in the building. Once they are gone, the final remains of the Chelsea Hotel’s glory days will truly be gone, yet another victim of New York City’s endless gentrification that has further maligned the status of arts and culture in the mainstream. ‘I’ve always liked to be where the big guys were,’ says Smith in some early footage. She was certainly in the heart of the zeitgeist at the hotel, a foreboding building where anyone who mattered stayed and did whatever the hell they wanted to.

Dreaming Walls moves quietly through the now-rickety hallways, surrounded by scaffolding and half-abandoned building work, wiring exposes across seemingly miles of ceilings and only the stunning staircases hinting at the grandeur of the past. Much of that legendary interior has been gutted to leave behind the skeletons, which the camera glides through in an appropriately ghostly manner. Projections of the heady days of sex, drugs, and rock and roll across the bare walls only heighten the sense that something great is being removed brick by brick. It’s close to a mausoleum now, a sparsely populated liminal space where the final sliver of elderly residents cling to something resembling normalcy as workers tear everything up.

While there is a fair amount of archival footage in use here, the film’s co-directors, Amelié van Elmbt and Maya Duverdier, make the smart choice to never fully leave the Chelsea. Even now, this world is its own ecosystem, a place that operates independently of the big city outside its vast doors. The remaining residents are accused of ‘extortion’ by the forces trying to evict them, but all we see via the loving gaze of the camera (free of any guiding narration) are a group of kind, if deeply sad, OAPs with still-vibrant personalities. One woman, Merle Lister, founded her own dance company in the ’70s. It’s hard not to be charmed by her as she stands out of her walker and shares a quick mambo with one of the workers. There are still artists trying to create amid this chaos. One memorable scene shows Lister having her portrait done in wire by another resident.

It seems difficult to continue living in a relic of a bygone era that’s also a giant construction site, complete with the endless noise that accompanies such things. But it’s also easy to understand why these people want to cling to their lives. Aside from the fact that this is their home and has been for many decades in some instances, the Chelsea represents a moment in time when it felt like everyone could change the world through art and music and rejecting the confines of The Man. If such a time ever truly existed then it’s certainly long gone now. Art is as gentrified as any other part of society, now a field as exclusive and defined by money as politics or journalism. Is it possible to carve out a full-time career via art without having cash or access on your side? That’s probably a debate for another day but Dreaming Walls does successfully evoke the true loss of that hopeful idea.

This is a film more concerned with mood than hard answers, which makes for an immensely comforting viewing experience, even if one couldn’t help but desire more answers. How many people are left in the Chelsea? What was the deal offered to them by the new owners to leave? What are the conflicts like between them? This isn’t an investigative piece, although I’m sure we’d get a really interesting film that took that more conventional route. Dreaming Walls feels that those tangible answers to more cryptic questions are pointless. You’re here to feel immersed in a world of the past that’s being dragged kicking and screaming into a harsh new future. You’re coaxed into accepting this languid pace, understanding how time can stop in a place so disconnected from the outside. Nevertheless, that doesn’t mean you can’t help but feel a little frustrated that some of those open doors aren’t walked through.

In February, after over a decade of renovations, the new luxury Hotel Chelsea quietly reopened its doors. The most expensive suite is around $3000 per night. It looks like just another hotel. Dreaming Walls cannot help but feel like an elegy now, not just for this building but for an increasingly dwindling space — physical and ethereal — where everyone is welcome.


← Everything You Need to Know About the 'Ms. Marvel' Finale, Explained | 'The Terminal List' Is a Grim, Chaotic, Boring, and Nonsensical Journey into Domestic Terrorism →