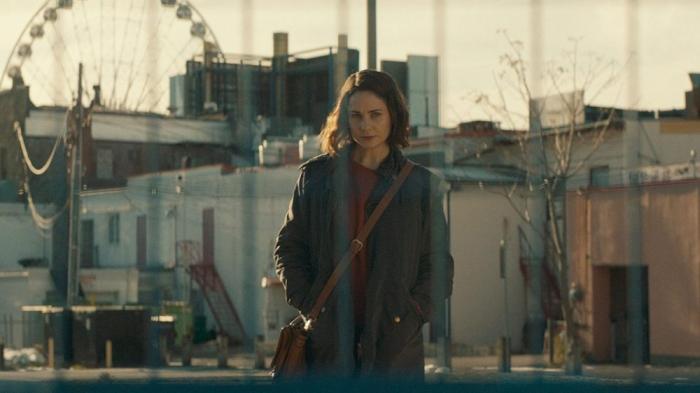 Inspired by his upbringing in the touristy areas of Niagara Falls, Ontario, writer/director Albert Shin concocts a mind-bending mystery about a boy gone missing with Disappearance at Clifton Hill. In the off-season, garish neon lights of the titular district flash on sparsely peopled sidewalks. Haunted houses hang open but empty, oozing an unease, while the rumble of the falls whispers of dark secrets drowned within its depths. It’s a grim place full of suspicious characters. Yet its story’s engine is fueled by a defiant and maybe fantastical hope for redemption.

Written by Shin and James Schultz, Disappearance at Clifton Hill follows an amateur detective on her journey to solve the mystery that’s haunted her since childhood. At 32, Abby (Tuppence Middleton) is regarded as a pathological liar and black sheep of her family, but she reluctantly returns to her eccentric hometown to help her sister (Hannah Gross) settle the affairs of their late mother. This includes finalizing the sale of her rundown motel to the richest family in town. However, a fanciful urge to save the day spurs Abby to reject the deal. Her desire to do right by her departed mom and redeem herself drives her down disturbing paths of conspiracy, torture, extortion, and podcasts.

Abby’s made a lot of mistakes in her life, but she becomes fixated on the first big one. 25 years before in the Thanksgiving of 1994, the then 7-year-old witnessed a one-eyed boy being beaten and tossed into the trunk of a car, whisked away to God knows where. Then, she was too shocked to say a thing. Now, Abby’s determined to tell her tale and uncover the truth, but neither will be easy. The police force has personal reasons to distrust her. Even her own sister sneers at her wild theories. Her only ally is a local historian who splits his time between overseeing a UFO-themed cafe, deep-diving into the Niagra’s pools for bodies and clues, and hosting a true-crime podcast called “Over the Falls.” That this multi-hyphenate with many interests is played by visionary Canadian director David Cronenberg is just one of the film’s delicious indulgences.

Shin infuses an intoxicating blend of grime, crime, and style into Disappearance at Clifton Hill, all of which make it a twisted treat to enjoy. He has an excellent eye for locations and captures fishing lakes, empty thoroughfares, and cheap hotels with a mix of nostalgia and dread. He gives the film texture by folding in snapshots, polaroids, microfiche, and glitchy VHS tapes as clues in Abby’s investigation. You can practically smell the musk of an abandoned box or feel the dust clutching on searching fingers. Then, he leans into Abby’s intense emotions and rocked sanity with surreal scenes involving snarling tigers, disappearing ink, and the French-Canadian answer to Siegfried & Roy. (Marie-Josée Croze steals scenes as a ferocious tiger mom/magician.) With each, the audience is tempted to question the reliability of our protagonist’s perspective.

Middleton entreats our patience, effecting the world-weary tone of a hardscrabble detective. Yet there’s a sneaking excitement in Abby’s investigation, even in moments of threat and panic. Here lies the promise that she can save the day and in doing so be saved from being the eternal screw-up. When a slight smile cracks over a newfound clue, when her words rush out in a desperate bid to be believed, or when she tries to trick a pair of married magicians, our hearts race with her, wishing for justice and her absolution.

Unfortunately, while Shin’s got plenty of style, the film stumbles as the pieces come together. The build-up is thrilling, the actual revelations are a bit anti-climactic. Then comes an ending that may stand up to scrutiny, but isn’t exactly satisfying. Still, the film boasts David Cronenberg as a true-crime podcaster, waxing poetic about smalltown corruption, the sins of wealth, and how bodies can break into bits. His tone is stern yet reassuring with a playful kick, like rich whiskey after a long, hard day. Honestly, I’d recommend watching this movie for these snippets alone. Disappearance at Clifton Hill is a moody, intriguing, and morbidly entertaining journey of guilt, penance, and potential redemption. Yet my biggest take away is someone give David Cronenberg a d*mn podcast already! 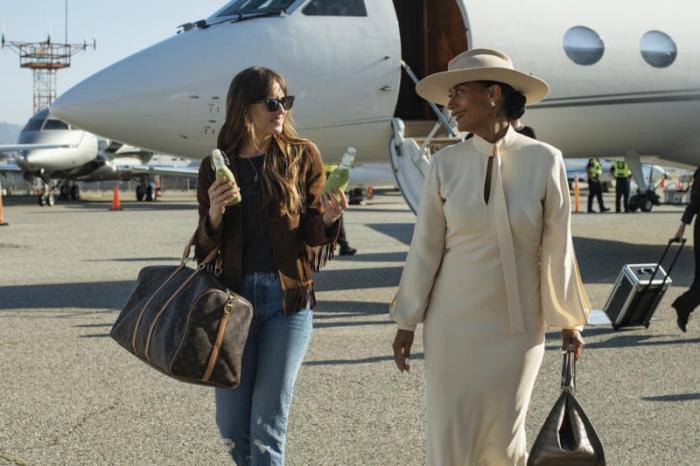