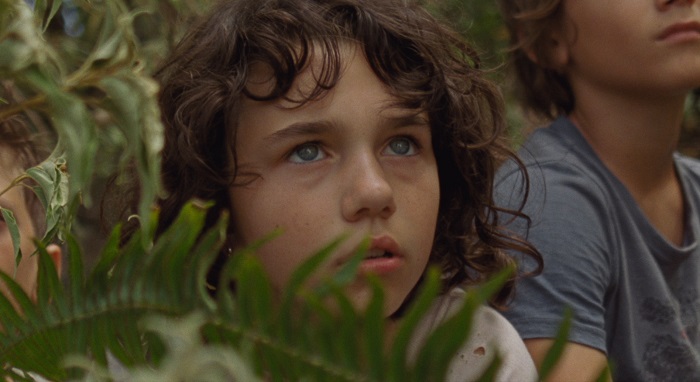 Here’s a fun thing about me: When I was a kid, I broke my parents’ VCR watching and rewinding Hook over and over again during the span of a weekend. I loved the shit out of that movie. Rufio was one of my first crushes. Peter Pan was my imaginary best friend. The lure of the Lost Boys—of recklessness, of spontaneity, of camaraderie, of adventure—all appealed to me very much as a lonely kid who got bullied a lot and didn’t really have many friends. The draw of the Lost Boys was not, when I was young, the promise of never getting old—not specifically. The enjoyment of Hook was not Robin Williams’s Peter leaving his legal career behind, but instead how he found a core element of who he was, so many years ago, and embraced that again. It was primal, and a little bit wild.

All of this is to say that I was very much looking forward to Benh Zeitlin’s Wendy, a reimagining of the classic J. M. Barrie story from the young Darling girl’s perspective, but my main takeaway from the film is a big ol’ yikes. Zeitlin’s film is startingly, depressingly simplistic, rearranging the elements of the Peter Pan story seemingly at random and to thoroughly shallow results. If there’s an emotional thorough line, I couldn’t find it. If there’s any nuanced examination of childhood yearning and dissatisfaction here, I couldn’t find that, either. And all that race and poverty stuff that made people uncomfortable about Zeitlin’s previous film, 2012’s Beasts of the Southern Wild (which, I must admit, I liked back then, but has not aged particularly well)—that’s very noticeably here, and it adds an ugly element to a story that we know, from Steven Spielberg’s Hook, can be made satisfyingly diverse. Zeitlin just doesn’t do it.

Wendy introduces us to the titular character as a chubby and cute baby, raised in the diner that her mother Angela (Shay Walker) runs, a little shack only four or five feet away from the train tracks that run right outside. The place is full of older people, all regulars who know the Darling family—Angela, Wendy, and Wendy’s older brothers, the twins James (Gage Naquin) and Douglas (Gavin Naquin)—and who seem to be the only inhabitants of this small town. One day, when the Darlings’ neighbor Thomas (Krzysztof Meyn) gets angry at the older people’s mocking of his dream to be a pirate and runs away, baby Wendy is the only one who sees him hopping a train, joining a cloaked figure running on top of the train cars. 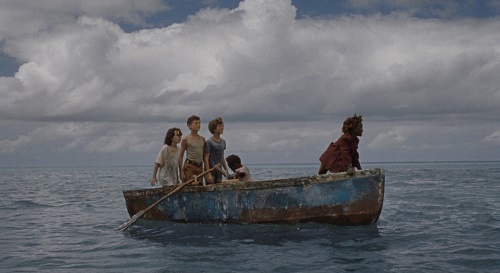 Years pass, and everyone else just thinks Thomas was snatched. But Wendy (Devin France) remembers his escape, and the memory has inspired her. She has made her own picture book, full of drawings and scribblings of what she imagines Thomas is up to, and whenever the train pulls up outside, with monstrous noise and curling steam and flashing lights illuminating the bedroom she and her brothers share, she dreams. Finally, one night, she does it—rousing her brothers and encouraging them to leap outside their window onto the train, where a young boy awaits.

Who is this child? His name is Peter (Yashua Mack), and he brandishes a machete, and he isn’t afraid of standing up to James and Douglas, who are older than him. After shoving two of the Darling children out of a moving train, he leads them to a mysterious island, where an active volcano has created hot spots all over, where a gigantic glowing fish Peter calls Mother lives in the water around and the cave underneath the island, and where Thomas—not aged at all—plays with the other lost children, Sweet Heavy (Ahmad Cage) and Cudjoe Head (Romyri Ross).

They’re a hedonistic group, playing all day in the waves, swimming under the island with Mother, basically having the time of their lives while Dan Romer’s Arcade Fire-lite score bops along. Wendy decides that Peter will be her best friend, and all the children act like they’re under his spell. Most of the time, what Peter says is inspirational and reassuring—like his insistence that Mother will protect them always—but soon, Wendy realizes that some of what he says isn’t so hopeful. Like that if a child loses their best friend, they inexplicably, immediately age decades at a time. That if a person is old, they don’t provide any worth. And that if any of the lost children steps out of line against Peter, they’ll be banished. All of that comes to a head when James and Douglas are separated, and Wendy, desperate to unite her brothers and go home, finds another side of the island that Peter had hid from her. What is really happening here?

Let’s address the most obvious thing first: This movie really has a race problem, and it clearly doesn’t know it. Centering the (white) Darling children makes their perspective primary, and gives them the most character development, and doesn’t do the same for the other children. And look, that makes sense for Wendy—the film is named after her. But that doesn’t excuse how the film limits Peter’s identity in service of Wendy’s, as if we can only trust her because of her correcting of him. The first children the Darlings encounter are all black, and they treat those children with a mixture of wariness and fear; the film establishes that all these children are lost, but when Wendy asks Peter about his family, she phrases the query as “Why’d they leave you behind?” A short line of dialogue, but one that shares that this movie isn’t really willing to extend the same treatment that the Darling children receive—loved by their mother and grandmother, adored by those diner customers—to these other kids. The assumption is that Peter, a black child, was abandoned by his family. Hell, Sweet Heavy and Cudjoe Head aren’t even names, and I only knew these characters from looking them up on IMDb; I have no memory of them being addressed during the film. We don’t hear about their loving mothers or the families that miss them, although the movie grounds Angela Darling early and references her often. Instead, the movie swaps in that Peter, Sweet Heavy, and Cudjoe Head all have a sort of mystical relationship with the island and with the otherworldly Mother fish, and yeahhhh, that’s some real magical Negro shit right there. 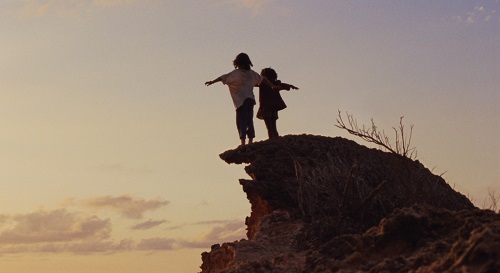 But sloppiness is all over Wendy, from how it treats its black children (ahem, Peter’s, Sweet Heavy’s, and Cudjoe Head’s vernacular vs. the Darlings’ perfectly crisp English) to the twist halfway through the film that communicates Getting Old is Bad. That’s about the level of depth that is presented here, that to be young and wild is fun and to get old and out of shape and wrinkled is awful—but the rage and fury that the movie presents from pre-teen children toward senior citizens feels outsized and misplaced. (Look, I have said “OK, Boomer!” but I have legitimate grievances!) There’s a lot of grand talk about how aging is terrible, but unlike Hook, which showed us the demands of Peter’s adult life and helped us understand the myriad responsibilities of getting older, Wendy presents aging only as a desire to be young again. There’s very little nuance in this script, meaning that a climactic showdown between the two groups feels quite emotionally false.

Ultimately, where Wendy struggles most is in its muddled message about what childhood is, and what it means to age out of it, and what that loss feels like. Is the definition of being young doing whatever you want, like Max in Where the Wild Things Are? Is it the friendships that feel so important, the bonds that feel so sacred? (Zeitlin overuses the word “tribe” throughout, and every time Wendy narrated about protecting her “tribe,” I cringed.) Is it the faith and trust you have another person or being to protect you, like what Peter feels for Mother? “You know how to believe,” Peter says to Wendy, but in what? If the answer is in herself, then Wendy shortchanges nearly everyone else to get us there. If it’s in the power of storytelling, then Wendy takes huge narrative leaps to drive certain points home, in particular during its final 10 or so minutes, which paper over nearly inexplicable plot gaps. Not very much of Wendy feels emotionally earned, and its twee onslaught feels, at the end of its overly long 2-hour runtime, impressively immaterial.

Wendy is playing in limited release around the U.S.

← John Oliver Gives Us the Reassuring But Direct Talk We Didn't Know We Needed | A Post Script on Evan Olson and that Outstanding 'Reply/All' Episode, 'The Case of the Missing Hit' →