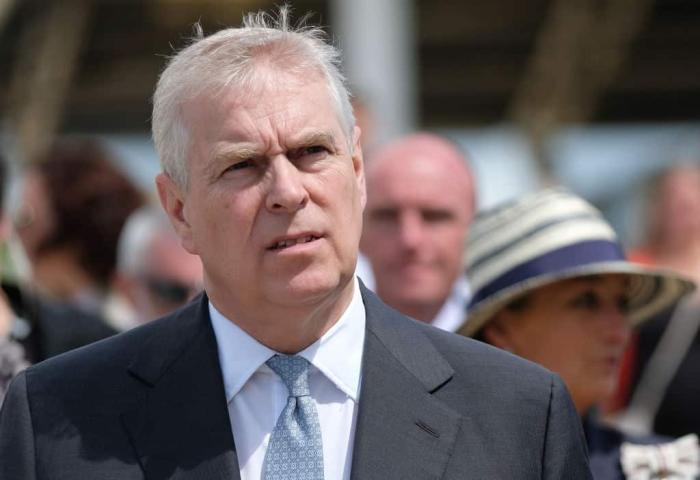 Who the Hell Asked for a Prince Andrew Movie?!

Nope. No thank you. Non, merci. Nah. Dinnae bother. Why? Who asked for this?

Deadline reported today that there are plans to make a film of the story of how the BBC landed the now-infamous interview with accused sexual abuser Prince Andrew regarding his friendship with convicted pedophile rapist Jeffrey Epstein. Screenwriter Peter Moffat is writing the film, which is currently entitled Scoop. They confirmed the news to Deadline, saying that they intend for shooting to begin in November. No director is currently attached, although sources say that Hugh Grant is one of the names in the mix to play the sweat-bag creep. Grant quickly refuted that claim on Twitter.

No I’m not. Never heard of it. https://t.co/G8opDMFoWB

Why? Seriously, why? OK, the Newsnight interview was definitely a big deal. It thoroughly exposed Andrew as a lying loser of staggering ego who bragged about his friendship with one of the most infamous sex criminals of the past century. He made ludicrous claims about not being able to sweat, tried to discredit the woman who accused him of sexual abuse, and genuinely didn’t seem to understand that he was in the wrong. It was a stunning display of entitlement and a reminder of the rot at the heart of the British establishment. Emily Maitlis, the journalist who interviewed him, offered a sharp display of questioning and dissected every iota to the nth degree. But do we need this to be a glossy prestige movie?

I don’t get who this is for. Is this just a chance to show off? Will it be an Oscar-baity opportunity for the actors cast as Andrew and Maitlis? I imagine it’s solid for the BBC, who get to reap the benefits of this. I just have no idea who would want to watch this. The real thing was hard enough, and at the heart of this mess are dozens, potentially hundreds, of women and girls who had their lives ruined by Epstein. If anyone’s story should be told, surely it’s theirs?

Scoop will be based on an upcoming book by former Newsnight producer Sam McAlister, and will reveal the details of how the interview came to be. Apparently, Andrew thought the interview had gone extremely well in his favor and his own daughter, Princess Beatrice, accompanied him to a meeting with BBC producers. Sure, there’s a lot to get into here. I just don’t know if there’s much to glean from a film adaptation.

I suppose it couldn’t hurt to keep humiliating the royal family on a wider scale, especially since Andrew keeps trying to make a comeback in public after being uniformly rejected by the nation. His mummy is still keeping him close to home, so maybe we can embarrass the Windsors a few more times, just to even out the scales.


← Trailer: The New York Times Investigation into Harvey Weinstein Becomes a Movie with 'She Said' | Review: Lesley Manville Sparkles As A Cinderella Senior In 'Mrs. Harris Goes To Paris' →