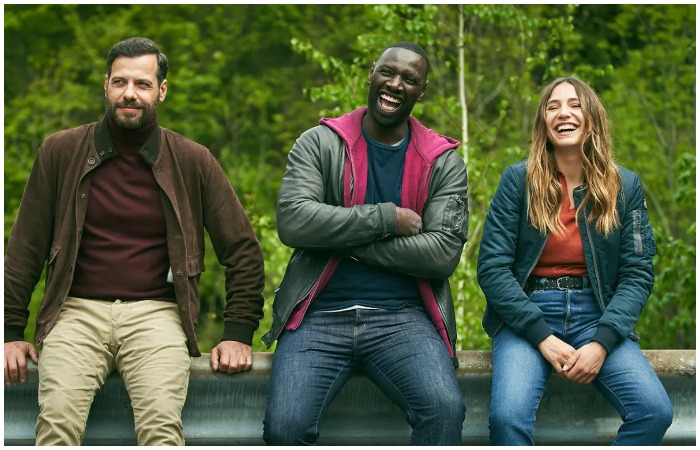 The idea of representing the police in pop culture is something that’s become increasingly challenging over the last few years. As the systemic problems of law enforcement — and the systems that The Law helps to hold up — have become more and more clear to those who might have otherwise been able to ignore it, the question of what this can, or should, look like on-screen is more difficult to answer than ever. The workplace sitcom Brooklyn Nine-Nine (which a cynic might call Copaganda in the guise of Parks and Rec) tried to directly confront this in its final season — and in a few episodes leading up to it — but would be more than happy to have “The Good Guys” save the day with their uniforms, badges, guns, and the occasional burst of police brutality.

Maybe, what the Cinematic Cop needs is something like a revisionist western; taking the tropes, ideas, and expectations of this archetype — of a Good Guy fighting against a Corrupt System, of the importance of Law and Order — and turning them on their head. Netflix’s The Takedown, a French buddy-cop movie, isn’t that, and was never going to be. But still, it captures something interesting about where the Cinematic Cop is as an idea in contemporary cinema.

Stop me if you’ve heard this one before: two cops, old friends from other walks of life who ended up drifting apart, end up becoming partners again to solve a case that becomes increasingly dangerous (and a plot that becomes increasingly convoluted to match). Ousmane (Omar Sy) is Black, poor, but a well-respected and effective police officer. He goes viral early on in the film by beating up a suspect — dubbed “the most dangerous man in Europe” — in a cage fight, and when he asks the crowd who won the fight, gets them to chant back “the police.” And so the department tries to use him as their new face for recruitment ads. Once Ousmane mentions his race as a factor in this, his superiors get awkward and defensive, something that the film mirrors. But the irony is that while Ousmane says he won’t “play the nice Black cop to cover up the force’s mistakes,” that’s exactly what both he and The Takedown end up doing.

On the other side of the tracks is Ousmane’s former friend François. He’s Ousmane’s polar opposite: white, wealthy, but stuck in a dead-end at work, unable to pass the Captain’s exam. He also feels like something of a relic, bemoaning the idea that “people are too quick to dismiss all men as bastards,” or that “you can’t do anything these days.” When the two of them are together is when the film is at its best; when the endlessly expanding plot is able to slow down and let the two actors have fun together. Their chemistry is noticeable, and it feels like a shame that the two of them have been saddled with a film that’s an uncertain mess when it comes to both themes and narratives. It wants to offer something progressive — the villains are far-right insurgents, but it uses tired tropes like gay panic as a crutch; it tries to acknowledge the problems that the police have as an institution but can’t help falling back on a Good Guys vs Bad Guys story that reaffirms the need for the same institutions it wants to critique.

These tensions, in which the film tries to have its cake and eat it, reveal that The Takedown feels like by-the-numbers studio fare. The plot beats and character types are familiar; barring one surprising twist in the film’s final act, the story unfolds exactly as expected. That means that a lot of studio film problems are present in The Takedown. The fight scenes are edited to within an inch of their lives in a way that makes them disorienting; and yet, barring one strange burst of ultraviolence — following a decapitated head through a pipe — they lack impact or tension.

In theory, what this film wants to do is commendable. It wants to take an old genre — mismatched buddy cops — and make it feel at least somewhat contemporary. In some surface-level ways, it succeeds: the film has a Black lead, attempts to grapple with real-world issues, and brings contemporary right-wing politics into the crosshairs. But in practice, it can’t help but fall back onto the familiar, often in a way that undermines those very intentions. The Takedown seems to strive for nobility as much as for relevance — it almost wants to shout “See! These cops are good! They’re beating up RACISTS” — but both of these grasps end up falling short. It’s no wonder that the film ends with what feels like a glorified commercial for the police — an animated version appears in the film’s first act, and Ousmane dismisses it as a bad idea — with scenes that feel lifted from other blockbusters (Mission: Impossible in particular), as if The Takedown is trying to offer a slick, modern version of the institution its been unsure of how to approach for the entirety of its runtime. There are interesting ideas and charming performances littered throughout The Takedown; the problem is that they’re all trapped inside a film that’s constantly at war with itself.

The Takedown is currently streaming Netflix.


← 'The Innocents' Explores the Dark World of Children | The Selena Gomez Hosted 'SNL' Features Steve Martin, Plus the Worst Cold Open of the Year →