The next time you see a member of Gen X complaining about being the forgotten generation sandwiched in between the much-hyped Boomers and Millennials, I recommend you make them watch Choose or Die, the new horror film and maybe-wannabe-franchise (a la Fear Street and the Escape Room movies) hitting Netflix this week—that should shut them up quickly. Centering on a retro video game that’s like what would have happened had Anton LaVey been the programmer behind The Oregon Trail, Choose or Die turns the arrested development of the latchkey kids into a viral plague, a Ring-esque curse birthed from the bored nostalgia of the middle-aged—we’re all dying of dysentery now, baby. The movie posits, in its compact way, that maybe a lot of our current-day problems can be traced straight to the checked-out and silently seething bozos who’ve been briefly handed the wheel and said you know what, no thanks. (And speaking as one of those checked-out bozos, I resemble that remark.)

That’s maybe a lot of thematic red meat to hoist upon this slight and somewhat forgettable lo-fi horror flick from first-time feature director Toby Meakins, which stars a totally likeable Iola Evans and Asa Butterfield as Zoomer computer nerds Kayla and Isaac, your typical loner misfit-types who one day stumble upon a dusty old cartridge for a game called Curser—and no, neither can I imagine why they didn’t call this movie by the much more fun title of Curser instead. Anyway, it’s immediate to Kayla and Isaac and to us that this game doesn’t play by “the rules,” by which I mean “the rules of reality itself” — the simple either/or prompts alter the world around Kayla, Isaac, and everyone they come into contact with, turning strangers into non-playable nightmares and forcing our daylight-deprived dynamic duo to yes, choose or die.

As is true with most everything new that’s hitting our screens these days, this film was plainly filmed under heavy COVID restrictions, as there’s barely a moment where we see more than three people in one place at a time—we’re either sitting in the main characters’ computer dungeons where they’re pounding away on their accursed keyboards, or we’re whiling away time in the world’s emptiest night-time diners and office buildings. But the movie mostly uses its emptiness to its atmospheric advantage—it gifts its world the isolated feeling of J-Horror (I thought of Kiyoshi Kurosawa’s masterpiece Pulse especially), where you have the sense that the planes are falling and the apocalypse is happening… you know, just outside. While the rest of us sit locked onto our computer screens in a state of frozen terror.

As Kayla is drawn further into the murderous machinations of the Curser game (dragging Isaac, her love-struck Lancelot, along for the awful ride) whatever dark spirit winds within its software draws upon her deep-seated traumas to re-traumatize her, offering up Saw-esque scenarios where she must choose one pain or another pain, often with trickier outcomes than from where they’re presented. You know that party game where you ask your friend whether they’d rather eat razor blades or make out with Donald Trump? Choose or Die is that game on steroids, and the film in turn luxuriates in the sound of a terrified girl being forced against her will to chew on glass, or in the way an eyeball gently pops out a bit after being slammed into a sink full of syringes. Point being be forewarned it’s a nasty one, indulgent in its own cruelty and gore-hound bonafides.

Still, given how sparse the world it inhabits remains, those violent spectacles remain few and far between—at under ninety minutes (not counting the credits) Choose or Die feels very small, and its circle of doom a mere circumference of steps. But I did dig how it found room to play with its own limitations—there’s an 8-bit animated road-trip sequence that’s good for a laugh, and its utilization of a Robert Englund voice cameo hypothesizes a further-back back-story that stays untold that I’d be right there for the telling, if that telling is ever to come (and the film definitely sets itself up for some more telling, I’ll leave it at that).

But how, if the movie’s so grim in miniature, does it nevertheless manage to earn itself an opening paragraph like the one I gave it above, one that postulates generational malfeasance as its heartfelt subject du jour? Some of that’s spoilers from its last act that I won’t get into (and the film gets real broad with it by that point, so I don’t think I’m exactly Sherlock Holmes here.) But the movie’s opening scene, where the great British actor Eddie Marsan (from Happy-Go-Lucky and Tyrannosaur among many many others) plays a vintage-obsessed Gen-X collector who first dusts off the cursed tape and gets the horror ball a’rollin, presents its case smartly right upfront—it can be seen there smack-dab in his spoiled self-interest, locked away in his perfectly curated man-cave, as he without hesitation passes the evil off to those who come after, like its a game of hot potato with the nuclear football in hand. And if that’s all Choose or Die has to say, it’s probably plenty. 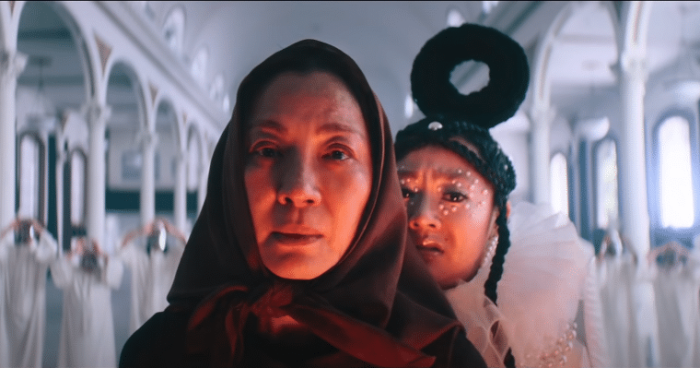 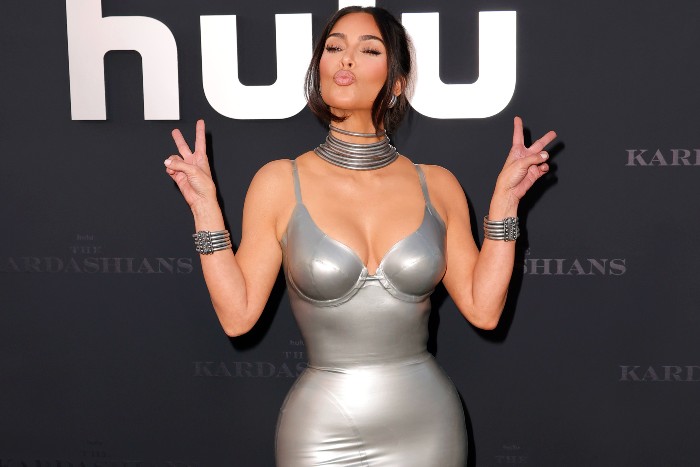 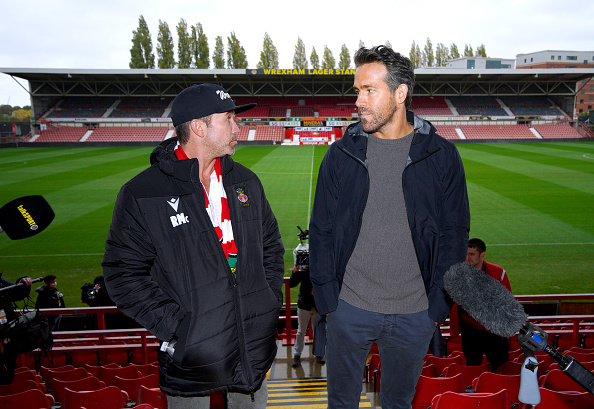