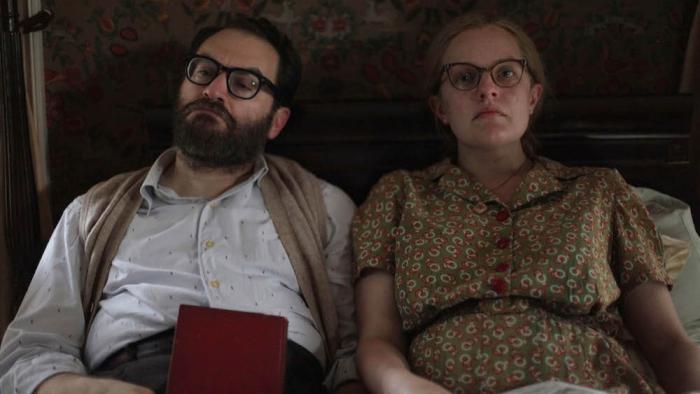 The week is starting off on the right foot. Neon has bought the North American rights to Shirley, which stars Elisabeth Moss, Michael Stuhlbarg, Odessa Young and Logan Lerman. (Why, yes, they’re the same company that bought and distributed Parasite in the U.S.)

The film premiered at this year’s Sundance Film Festival to generally positive reviews, currently averaging 96% on Rotten Tomatoes with a total of 27 reviews. Shirley is about acclaimed novelist Shirley Jackson. The author was known best for writing horror and mystery, including the critically acclaimed short story “The Lottery” and the novel The Haunting of Hill House, which is the basis for the supernatural Netflix series of the same name.

Shirley follows Fred and Rose, a young couple who take up free residence at the home of professor Stanley Hyman in exchange for maintaining the household and looking after his wife Shirley Jackson while he’s away at work. The couples don’t get off to a great start and Fred and Rose aren’t too keen on Stanley and Shirley at first. However, as their relationship develops, it causes some tension.

The deal is great news. Neon often buys the North American rights for some of the best films out of Sundance and other film festivals. The company also partnered with Hulu to buy Palm Springs out of Sundance as well, paying a whopping $17.5 million.

Shirley is a thriller and both Stuhlbarg and Moss look appropriately chilling in the picture above, though for reasons I’m unclear about right now. Either way, I look forward to seeing the film when it’s released. Though Neon has not set a release date yet, it’s likely Shirley will be out later this year.

← WTF is the 'Parasite' HBO Series About? Bong Joon Ho Provides Some Details | Why Is Snoop Dogg In A Feud With Gayle King? →