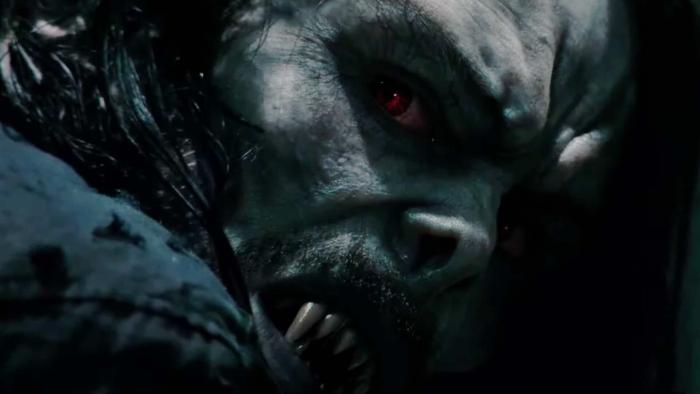 Do you remember how Jared Leto got his Joker dropped from Harley Quinn’s cinematic life and Joaquin Phoenix took on the character in a dumbfoundingly Oscar-nominated standalone film? WELL HE DOESN’T CARE ABOUT ALL OF THAT BECAUSE HE IS MARVEL-ADJACENT NOW, HATERS.

Leto is now Dr. Michael Morbius, a Marvel villain/anti-hero that becomes a living vampire while searching for a cure for his rare blood disease.

One of Marvel’s most compelling and conflicted characters comes to the big screen as Oscar winner Jared Leto transforms into the enigmatic antihero, Michael Morbius. Dangerously ill with a rare blood disorder, and determined to save others suffering his same fate, Dr. Morbius attempts a desperate gamble. What at first appears to be a radical success soon reveals itself to be a remedy potentially worse than the disease.

If you think for one millisecond that Leto did not bring it for this flick, you are mistaken. It has been BROUGHTEN. You cannot tell me for one moment that Leto isn’t gunning for awards with his portrayal of a conflicted genius that goes from sickly and unable to walk without assistance to a fully-built monster man with superpowers, struggling with the morals of his miracle cure and new abilities.

“That’s what I like a lot about this movie. We’re not walking such a clear path. There’s not a clear line between what’s right and what’s wrong. There’s some gray area there. And Morbius is an imperfect person. He’s not your grandfather’s superhero. He’s a deeply complex character and imperfect. And I really loved that aspect that here we’re taking someone who is like all of us, has a fair amount of challenges and issues.” - IGN

It’s so dark! There are themes that are thematic! Also? Michael Keaton’s Vulture from Spider-Man: Homecoming has a cameo to firmly entrench the one-time Spider-Man foe into the same universe as Peter Parker. The opening boasts of previous movies also include Tom Hardy’s Venom, connecting all of those characters to the proceedings as well.

Nonetheless, Morbius intends to be a complete origin story for the title character, providing Leto with possible appearances in future Spider-Man flicks or Marvel-partnered solo films. One never knows. Furthermore, as Kayleigh pondered, “I shudder to think how he went method for this”. I think I know: 30 SECONDS TO MARS CULT.

You know that any one of those lithe, Leto-obsessed nymphs on his island would gladly allow their Crown Prince of Rock to nuzzle their necks for his role. Hell, I am quite convinced they would let him take a little nibble, perhaps a giddy sip of their blood in the name of acting. ALLEGEDLY, FOLKS. Allegedly.

Morbius hits theaters July 31 and I eagerly await a press tour that details all of the vampire-related things Leto decided to heap upon his co-stars while in character. Let’s hope Jared Harris didn’t have to endure any used condoms or rats.

← 'Am I the A**hole For Taking My Birth Control in Public?' | The Biggest Snubs and Surprises from the 2020 Oscar Nominations →