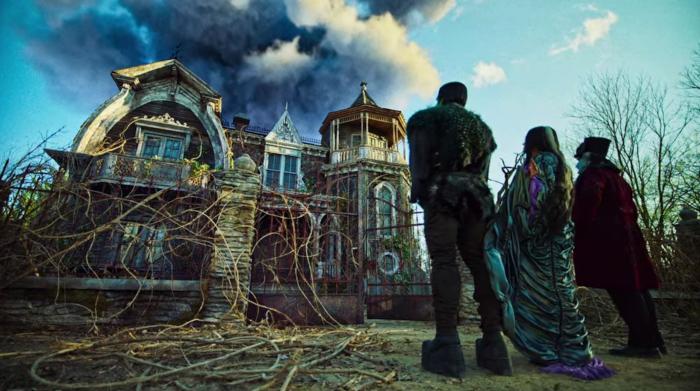 Rob Zombie is an interesting guy. Onstage he looks like the world’s sleaziest dive bar come to life, but it’s all a persona. He’s an ethical vegan with a sanctuary farm, doesn’t drink to excess, and hasn’t gone right-wing reactionary like so many of his contemporaries when it comes to topics like Covid-19. He’s not afraid to tell off his fans when they start gatekeeping the genre. His music is a melange of metal, electronica, outlaw country, and hip-hop samples. Call it shock rock, psycho-billy, or stoner metal; it’s an exuberant, raucous celebration of horror tropes and style first made famous by Alice Cooper. How could it be anything but catchy with album titles like The Electric Warlock Acid Witch Satanic Orgy Celebration Dispenser? 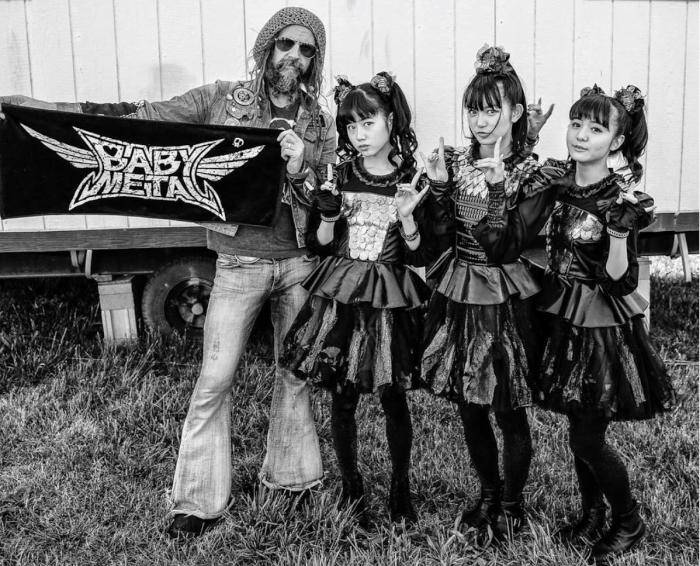 On the other hand, his horror movies are technically well-made but nihilistic journeys into torture and degradation. House of 1,000 Corpses was … unpleasant, and I didn’t care for his version of Halloween either. They’re not for me. So when I heard he was taking a crack at The Munsters, the nearly 60-year-old classic, I had my doubts. Would we end up with the same heartless, nihilistic take on the campy comedy? Would Zombie’s writing fit the family of lovable monsters?

The good news is that Zombie’s The Munsters, now in limited theaters and available on Netflix, is anything but a nihilistic interpretation. It wears its still-beating heart on its PG sleeve, with nary a curse word or disembowelment in sight. It tries so hard to capture the innocence of the original that it’s a shame that it’s not good. And I mean not any good at all. Nothing works. The closest any one element comes to success is Jorge Garcia slumming it as Floop, the dimwitted hunchback gravedigger. And that’s not enough.

To his credit, Zombie doesn’t mess with Mockingbird Lane. This is the story of Herman Munster’s (Jeff Daniel Philips) creation and the love story between himself and Lily (Sheri Moon Zombie). Grandpa (Daniel Roebuck) is there, as is Lily’s shiftless brother Lester (Thomas Boykin), and Herman’s creator, Dr. Henry Augustus Wolfgang (Richard Brake). Basically, The Munsters is a chance for Zombie to work with his wife and friends again with source material he loves. That’s fair. It would be difficult for any actor to match the wit and timing of greats like Fred Gwynne, Yvonne De Carlo, and Al Lewis. But these aren’t just any actors; they’re much worse. You’ll find better thespians on Pornhub. Better writing, too. 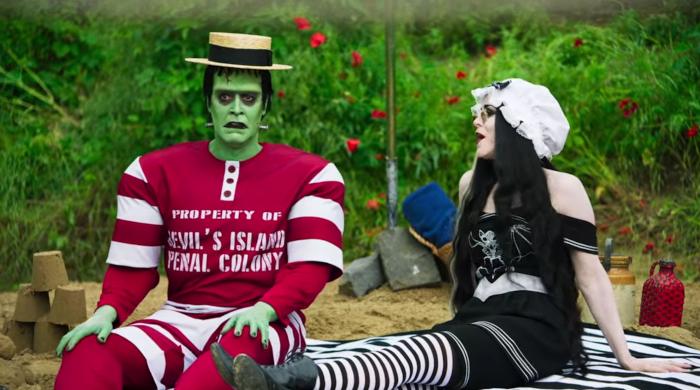 Philips and Sheri Moon do their best to sell us on the romance between Herman and Lily, and they are sweet together. But neither fits their role very well. Sheri Moon, who I swear can actually act, glides around like a bad De Carlo impersonator. Philips fits Herman Munster like a porcupine in a wetsuit.

The sets look like a cross between a Dan Schneider show and a high school reproduction of Dawn of the Dead. What is charming in black and white standard definition looks garish and hokey in digital color. If it cost more than $100,000 to produce this movie, someone got ripped off. Obviously, a lot of this is intentional; Zombie went for a campy, 1960s made-for-tv feel and he nailed it. But it’s too self-aware. The Munsters was played straight, for the most part. It was corny and hokey, sure, but it was honest in its intent. They never winked at the audience, while Zombie’s direction and the cast never stop. It would be one thing if the script ever warranted a laugh or even a weak chuckle. It does not.

Rob Zombie remains a very cool guy and an impressive performer. His affection for the Munster family shines through his latest picture, but it’s the only thing that does. He’s a hell of a musician and horror movie buff; I just wish all that enthusiasm translated into better movies.


← 'The Goldbergs' Pulls Out the Laziest of Sitcom Stunts | Is 'Big Sky' Worth Watching for Jensen Ackles and Jensen Ackles Alone? →