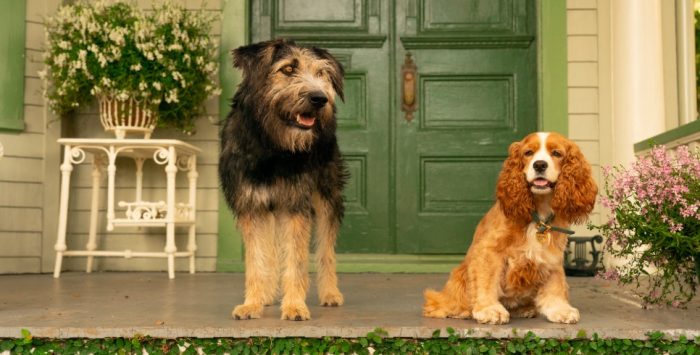 Since its 1955 debut, Lady and the Tramp has been a tale of opposites attract. This holds true in Disney+’s live-action version, in which a pampered house pet falls for a scruffy stray. However, in the 2019 version, the script by Andrew Bujalski and Kari Granlund laces a political subtext that speaks to the ongoing debate about refugees, undocumented immigrants, and Trump’s Wall.

The story is essentially the same. Lady (voiced by Tessa Thompson) is a posh Cocker Spaniel who lives in a cozy home with her owners, who provide her food, affection, and access to their big bed. But things change radically for Lady once her people have a baby. Soon, she’s on the street, lost, alone, scared, and muzzled. To the rescue comes the cocky tramp, an unnamed dog who squats in a trainyard to sleep, steals to eat, and must doggedly duck the dogcatcher who views this poor pooch as public enemy number one. Over a magical night, Lady and the tramp will fall in love. Then, they’ll see they’re not so different where it counts.

The difference between Lady and the Tramp is centered on the accouterment that separates them (a collar, license, and home). In both versions, a dog collar is a status symbol. In the 1955 Lady and the Tramp, her collar is regarded as a mark of maturity, as she is called a “full-grown lady” for receiving it. In the 2019 version, Lady’s collar means she’s “officially” part of the family. She’s accepted as a member of this society, not only by the human authorities but also by her fellow house pets, who regard the collar as a symbol of worth. By contrast, when the tramp rolls onto her block without a collar, it signals he has neither license nor home, which sparks suspicion among the other dogs. Lady is instantly wary of him because she sees him as not like her.

Lady and her friends, Trusty and Jacqueline, see themselves as better than the tramp because they have collars, licenses, and homes. To show her disdain—and chase him out of her yard—Lady calls him a “street dog.” He bristles at the term, suggesting it’s an insult and perhaps a slur. Harsh language is often used against the tramp, and the characters who employ it do so to frame him as less-than or as a threat to this idyllic town.

The most striking examples of such slanderous language come from the dogcatcher (Adrian Martinez). At his introduction, the dogcatcher papers up posters that spell out his mission: “Any unlicensed dog will be immediately impounded.” The language here reflects how many immigrants and refugees coming into America are being discussed. Rather than “unlicensed,” immigrants are labeled “illegal” or “undocumented” in political discourse. The word “impounded” then calls to mind ICE’s (Immigration and Customs Enforcement) imprisonment of undocumented immigrants and refugees. These peoples’ very existence in an American neighborhood is considered a crime by the power-hungry and prejudiced.

The dogcatcher also spreads propaganda to paint unlicensed dogs as a threat. When speaking to Jim Dear, the dogcatcher calls the tramp “dirty, mangy, and dangerous.” He even repeats it, like if he says it enough Jim Dear will believe it. In this way, the dogcatcher represents not only the ICE agent that would lock up refugees and undocumented immigrants but also the conservative politicians and pundits whose rhetoric aims to demonize these people.

However, Lady and the Tramp uses Lady’s arc to challenge such propaganda. Being robbed of her collar, Lady witnesses first hand the tramp’s experiences as a maligned street dog. Through no fault of her own, she goes from being combed and cuddled to being disrespected, labeled a thief, and snatched by the dogcatcher. A night in the pound introduces Lady to more street dogs, who she finds—not dirty, mangy and dangerous—but warm, funny, and talented. When Lady’s owners take her back home, Lady tells her collared colleagues what she’s learned: “Street dogs are just like us, just not lucky enough to have homes. That’s all.”

In this moment, Lady recognizes her own privilege, meaning the advantages of a collar, license, and home. Through both of its titular leads, Lady and the Tramp shows how abruptly and arbitrarily such advantages can be stripped away. If we view the film’s humans as representing authority figures, it’s easy to imagine both as muzzling Aunt Sarah and the jerk who abandoned the tramp as hostile governments whose horrid behavior pushed people out of the safety of their homes and everything they know to scrape by however they can, even that means risking their freedom in the land of opportunity and xenophobia.

Yes, the tramp cons and steals, but only to survive in a world that finds his very presence an offense. But even though this society repeatedly rejects him, it’s the much-maligned mutt who saves the day, or more specifically baby Lulu. In the final act, the rat that has been sniffing about Lady’s home scurries into the baby’s room. Lady tries to save little Lulu from the rat, but is locked away in a cupboard. So it’s up to the tramp. Risking exposure to the dogcatcher who would gladly execute him, the tramp rushes into Lulu’s nursery. After a messy battle, he kills the rat. But when Jim Dear discovers the wrecked room, the words of the dog catcher—dirty, mangy, dangerous—seem to overtake him. In a snap judgment, he decides the tramp is the threat to his child.

It’s up to Lady to advocate for the tramp. Using her privilege of their trust and attention, she presents the rat to her owners, then races to rescue the tramp. However, what ultimately saves him is Jim Dear and Darling deciding to accept him. They welcome the tramp into their home, and so he is safe from the hatred and abuses of the dog catcher. Meanwhile, the dogcatcher was so devoted to his Javert-like quest to cage the dog, that he ignored the actual danger in his neighborhood. Back when he was slagging off strays, Jim Dear alerted him to the rat. But the dogcatcher focused on his personal target, even at the risk of those he’s employed to serve and protect.

In the end, Lady and the Tramp tells the story of a displaced person finding sanctuary and community. It’s a happy ending. But it’s depressing what it took to get him there. It was not enough that he needed a home. That he was a generous soul who’d give his food to the less fortunate pups, risk his freedom to release his friends from the dog catcher’s grasp, and risk his skin to save a baby was not enough. It also took the privileged class to recognize his humanity, to acknowledge their complicity in his plight, and flex their privilege to set things right. As Lady proclaims of a house and home, “You deserve it too. You deserve love.” But to get there, she had to go on a journey that shined a light on her blind spots and challenged her to accept a “bigger” world at which she is not the center. Perhaps, with this charming movie made for kids, such a journey won’t seem so extraordinary to the next generation. 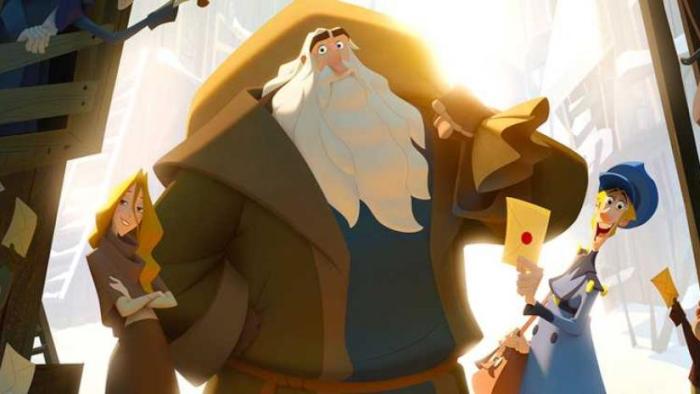 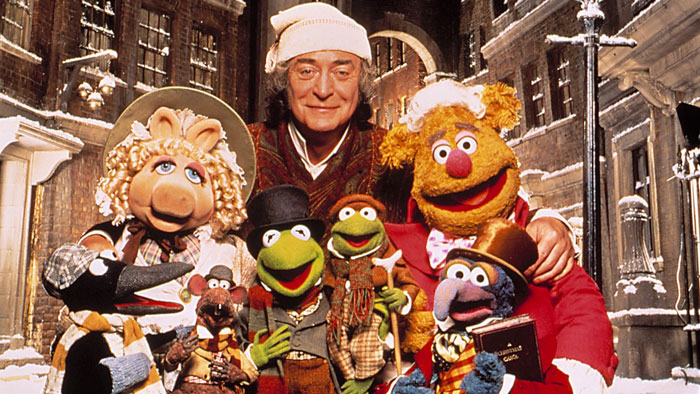