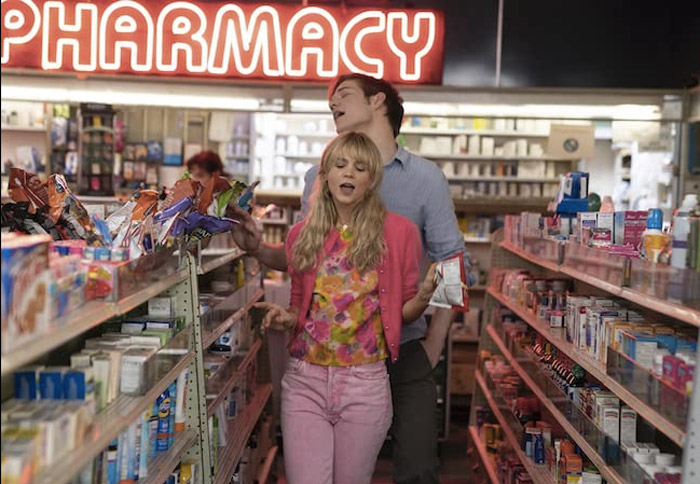 2020’s Promising Young Woman has been praised for being beautifully shot, brilliantly acted, and having a blast of a soundtrack. But greater than its technical and entertaining accomplishments, the movie got people talking. Cassie (Carey Mulligan) is a woman on a crusade; a mission to avenge her best friend, Nina, who lost her life after suffering sexual assault. In setting her string of traps, Cassie becomes a vessel that takes the audience on a ride through the more realistic version of sexual violence than other films have shown us before. The villains in writer/director Emerald Fennell’s tale aren’t masked back alley attackers, but the culpable members of a society where the prevailing attitude normalizes sexual assault. Promising Young Woman isn’t a rape-revenge tale; it’s an indictment of rape culture and the everyday villains who bask in society’s complicity.

The following contains major spoilers for Promising Young Woman. This is your spoiler warning.

Fennell pulls no punches in equating the behaviour of casual misogynists with rape. In the film’s opening, a gaggle of men hangs out at a bar, complaining about a female colleague’s allegations of sexism. Immediately after this conversation rife with low-key misogyny, they spot a seemingly drunk Cassie, and their conversation takes a turn into something more starkly dangerous. They laugh over how the visibly drunk girl dangling on the bar booth “put herself in danger.” Then, they encourage each other to pounce on her. Soon after, Jerry (Adam Brody), the nicest of the guys, has a stumbling Cassie in the back of a car, committing to take her home. Then, he changes course, steering her toward one more drink.

Back at his place, Cassie appears to struggle to stay conscious while Jerry serves her alcohol. He then takes her to his bed, assuring her “you’re safe,” while kissing her limp body and peeling off her clothing. She repeatedly asks, “what are you doing?” while he continues undeterred. That is until she drops her ruse and reveals herself to be sober, staring down the barrel of Jerry’s terrified face. Starting with a bang, the film has shown a clear path from casual sexist behavior to sexual assault. Rape culture normalized what Jerry tried to do, so much so that the driver merely muttered: “change the address in the app” when Jerry changed course on a seemingly incoherent woman.

Speaking about the sorts of interactions portrayed in her film Fennell told The Atlantic, “what’s so disturbing to me is that you so often … find both [parties] are saying the same thing happened; they just felt very differently about it.” These men see themselves as good guys, and their “he said” side reflects that. But Cassie forces them to reconsider, by revealing why they are so terrified of her faked inebriation. The villains in Promising Young Woman are casual misogynists who see vulnerable women as an opportunity, which reflects all-too-real horror.

According to RAINN, 19.5% of sexual assaults are committed by strangers. 39% are committed by an acquaintance and 33% are committed by a current or former spouse, boyfriend or girlfriend. But if you believed most of what you saw on TV and in movies, you’d think most sexual assaults are violent acts carried out by strangers in precarious situations like back alleys or during break-ins. Promising Young Woman subverts the entirely false assumption and shows us sexual violence how it takes place in real life; by Nice Guys at bars, ecstatic that a woman is too drunk to object.

The men in Fennell’s story are different from the villains we’re used to because they’re likable. They’re charming men you might meet at a bar or coffee shop, they might ask you out, they might be getting married soon, your parents might like them. Fennel uses affable actors like Adam Brody (The OC), Christopher Mintz-Plasse (Superbad), and Sam Richardson(Veep) to play the predatory men scared by Cassie’s wits. In doing so, she drives home that it’s not only the scar laden, deep-voiced villain types who commit these assaults, but the average guy protected by the blanket of culture.

As such, Promising Young Woman is a stark contrast to sex comedy cliches. Women are often portrayed as mountains to climb, to-do list items that invite men to perform any amount of coercion to accomplish them. Women’s bodies are fair game in a world where men “come of age” by studying methods of ‘seduction’ and peeking through bathroom walls to catch glimpses. Promising Young Woman starts with the men born of this school of thought and traces this behaviour to dangerous aggression.

Sex comedies often play off the same behaviour Fennell is portraying as a gag. In Animal House, Bluto (Jim Belushi) climbs a ladder to steal a look at undressed women. Pinto (Tom Hulce) considers whether to have sex with an unconscious woman, who is later revealed to be underage. In The Breakfast Club, John Bender (Judd Nelson) hides under a desk and looks up Claire’s (Molly Ringwald) skirt before groping her. In Sixteen Candles, two characters have sex, and it’s later revealed the woman doesn’t remember it. Sex comedies of the 90s, like American Pie, had men practicing manipulative seduction, exploiting vulnerabilities, peeking into locker rooms, and secretly recording women while they undress. All these things are played as scamp like behavior that centers women’s bodies as something men are entitled to and must learn to take. 2007’s Superbad, starring the aforementioned Mintz-Plasse, inches towards the point after a full film focused on young men trying to get women drunk enough to have sex with them. In the end, a drunken Seth (Jonah Hill) tries to kiss his crush, Jules (Emma Stone), who reveals she isn’t drunk. Seth is disappointed, admitting he hoped she would be. Jules shares she doesn’t need to be drunk to like him because she does anyway. In the end, Seth gets the girl, even after displaying his putrid attempt to trick her into it with liquor. It’s easy to brush off condemnation of these movies as having the benefit of hindsight, but they contributed to a culture that allows for the trivializing of these behaviors. Promising Young Woman has now rocked up to equate these behaviours with sexual assault and pull the mask of the nice guys who pretend not to know any better.

In Promising Young Woman, the men who might have thought themselves the heroes of a rom-com, shatter and object to any pushback at their assaultive behavior: “Why do women have to ruin everything?” “We were just kids.” “It’s every guy’s worst fear, being accused like that,” they cry. These characters reflect men who’ve benefited from a culture that allows for their predatory behavior to be viewed as acceptable. Any pushback is viewed as a threat.

Then, there’s Ryan. Cassie smells a happy life when she starts dating Ryan (Bo Burnham). On their first date, Ryan walks Cassie to his place, playing it off as a coincidence before admitting he’d done it purposefully in order to invite her in. Cassie responds with rage, then later questions her own instincts, encouraging herself to give him another chance. Later, when Ryan comes across Cassie on one of her hunts, he turns himself into the victim in the interaction. Cassie, seemingly inebriated, is dangling off the shoulder of Paul (Sam Richarson), a man she’d met at the bar, while he attempts to pop her into a cab with him. Ryan stumbles across the scene of the woman he is dating being scooped into a dangerous situation and immediately blames her for the interaction. Sure, there’s the laugh that comes with having Paul apologize to Ryan, but what’s easy to miss is how quick Cassie is to do the same. Not once does Ryan consider rescuing Cassie from the precarious situation. Instead, he blames her for it and we almost don’t even notice. Promising Young Woman demands that we take notice. It demands we notice how microaggressions give way to compromised consent and assault. It exposes the women who protect abusers and normalize behaviors, the cab drivers who say mum, the Ryans who are complicit, and the legal system that chews up victims. These are all part of the culture Fennell is putting on blast.

The film’s jarring third act is divisive because it flicks Cassie off the map for a while as the men move on with their lives. Without warning, Cassie disappears into vapor, the way Nina did before her. The scathing indictment of rape culture takes the film here; to a place where the story of Cassie we’d become so invested in stops abruptly, and it centers around the man who killed her. Cassie’s revenge story is not a healing one. It’s a story where a woman on a mission is always in danger, no matter the advantages she creates for herself.

In the end, the pillow isn’t the weapon that killed Cassie, it’s the culture that allows for her killers to center her murder around themselves; a culture that turns the violation of women’s bodies into punchlines and titillation. The tragedy in this film isn’t Cassie’s death, but how quickly her death turns into a plot point for the men in the story while she is tossed away like trash. The punchline comes by way of text messages from beyond the grave. The last stab from a woman killed in battle who refuses to lose the war. It barges into the men’s happy ending and glances over at the female audience with a wink emoji. Promising Young Woman presents itself as a bubble-gum pink rape revenge, but much like Cassie at the bar, it’s not what it seems. It’s a searing indictment of the culture that romanticizes dangerous Nice Guys and makes Cassie’s crusade both imperative and futile.