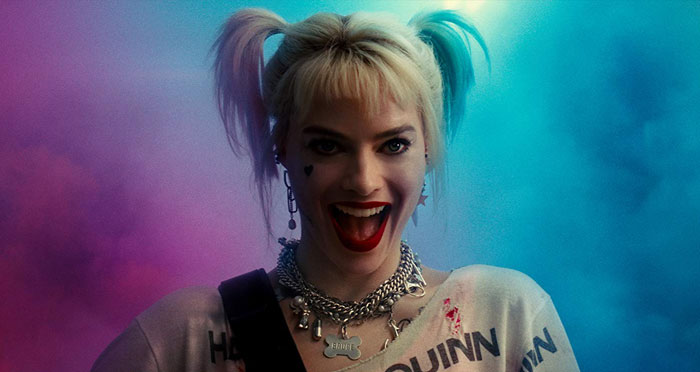 How Gay Is 'Birds of Prey?'

With a female-fronted cast that proudly boasts actresses of color Jurnee Smollett-Bell, Ella Jay Basco, and Rosie Perez, Birds of Prey looked to be a superhero movie that was taking diversity seriously. But what about the LGBTQA+ community? When it comes to inclusion, such characters have been kept out to the fringes or subtext, be it in a MCU epic or a family-friendly cartoon. So, at the end of the day, how gay is Birds of Prey: And the Fantabulous Emancipation of One Harley Quinn? We’ve got the answers.

SPOILERS BELOW for Birds of Prey. 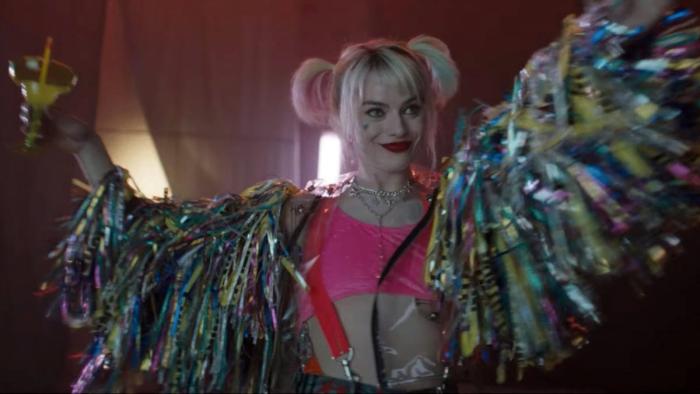 Is Harley Quinn Bi?
In comic book canon, Harley Quinn is bisexual, having had romantic relationships not only with Joker but also with plant-loving Poison Ivy. That Gotham City Siren isn’t in Birds of Prey, but one female ex of Harley’s is.

In the film’s cartoon opening, Harley (Margot Robbie) offers a jaunty tour through her origins pre-Suicide Squad. In between talking about her deadbeat dad and her meet-cringe with Joker, she mentions, “I had my heart broken once or twice.” Beneath this voiceover, a slot machine spins around, pairing Harley with a few past lovers, two men, then one woman. Just like that, Harley is canonically bi in the DCEU.

What this means for the future of Harley’s love life in the franchise remains to be seen. But fingers crossed for Poison Ivy’s return as a less toxic love interest for this beloved bad girl. 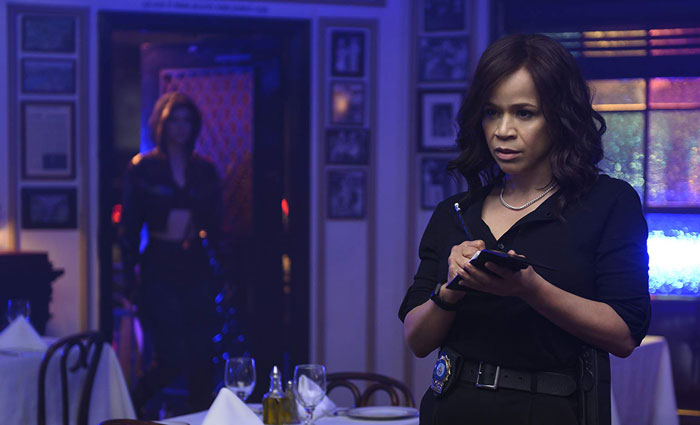 Is Renee Montoya A Lesbian?

As Jodi points out in her comics comparison, this badass Gotham City cop has a romantic history with Assistant District Attorney Ellen Yee. In the movie, this is confirmed in one quick line at the police station right before Harley comes crashing in.

Midway through a trash fire of a day, Montoya (Rosie Perez) has to face her captain/former credit-grubbing partner, and she has to do so in clothes snatched from Lost And Found. So, there she sits in ratty sweatpants and a t-shirt that reads “I shaved my balls for this?” To make matters worse, this hardscrabble detective has to explain herself not only to her bad boss but also to Yee, who Harley tells us in voiceover is Montoya’s ex. Ouch.

That’s it. The exes will have other conversations that hint at a personal relationship, like Yee sneering about Montoya’s secret drinking problem. But there are no other overt references to their lesbian relationship. 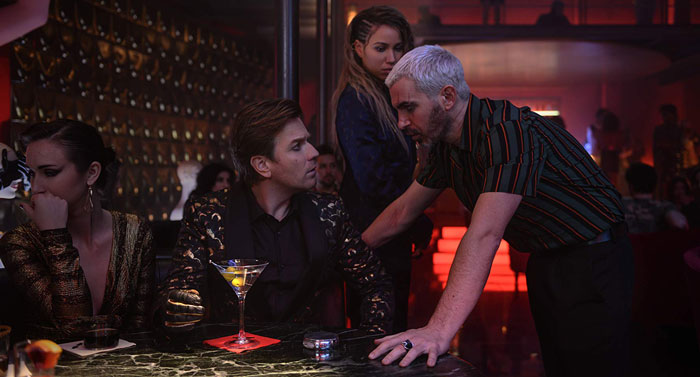 This one isn’t from the comics, but rather sparked online thanks to a red carpet reporter, who asked Ewen McGregor and Chris Messina if their characters are “gay in the movie.” It’s a simple question that got a tumble of an answer that ended with McGregor saying, “more than likely yes,” then laughing. But don’t get too excited because Birds of Prey isn’t nearly as clear-cut on this point.

Unlike Harley and Montoya, there’s no voiceover that directly states that either McGregor’s Black Mask or Messina’s Zsasz is gay (or bi or pan). The nature of their relationship is ambiguous at best. The closest thing to intimacy that’s offered is the pair breakfasting together in Black Mask’s home. However, Zsasz seems more audience than a partner in this scenario, seated far from his boss who regards him with snarky disdain. As to any potential PDA, there’s no embraces, kisses, or casual handholding. In the breakfast scene, Zsasz attempts a shoulder rub, but is interrupted when Black Canary arrives. Later, Zsasz tries to calm this crime boss by gripping both his hands and offering sweet nothings of promised violent vengeance on Black Mask’s enemy Harley Quinn.

There is some room for shippers to build, as both actors bring a sexual verve to their performances. Messina plays Zsasz as obsessed with Black Mask, fawning over his every need and getting jealous of any attention the kingpin pays his “little bird” Black Canary (Jurnee Smollett-Bell). But McGregor’s rogue doesn’t respond in kind. Black Mask showers his attention most often on Black Canary. He praises her voice, her fighting, then shows off his collection of shrunken heads, declaring, “It’s a thousand years old and now it’s just an ornament in my living room. Ew! I love it!”

Black Mask is presented as a rich eccentric, who loves loud suits, garish baubles, and collecting people who intrigue him. He rants about his “things,” but displays little sexual interest outside of sadism, a trait he shares with Zsasz. This cut-up cretin likes to lick the faces of his victims, relishing slicing off skin, and bares his chest to Harley to taunt her about where he will scar himself to mark his murdering of her. Meanwhile, Black Mask gets such a thrill out of Zsaz’s dirty work that he does a little dance after the face of a child’s been excised. Then, in one distinctly harrowing scene, he uses his power as a club owner/crime lord to sexually harass a customer who reminds him of Harley Quinn.

Poor Erica made the mistake of laughing when Black Mask was in a bad mood. Taking it as an affront, he charges at her. Demands her to stand on a table, then dance—though no music is playing. But this humiliation of making her a public spectacle in the kingdom of his club is not enough. He also demands she disrobe from her silver dress he despises. When she refuses, Black Mask commands her male dinner guest to cut the dress off of her. While she cries and Black Canary cringes, both Zsasz and Black Mask are elated by the cruelty, embarrassment, and shame of it all.

For decades, playing a male villain as foppish or flamboyant meant the character would be coded queer. Thus McGregor and Messina bringing such pizzazz to their parts could be intentionally playing into this problematic history. However, the smarminess and fashion sense of these foes isn’t so easy to peg down, especially in a setting as dynamic as Gotham City. These menacing and misogynistic “MEN OF GOTHAM” could be coded queer, or they could be stylish while straight (and sadistic). Birds of Prey lets you have it your way. 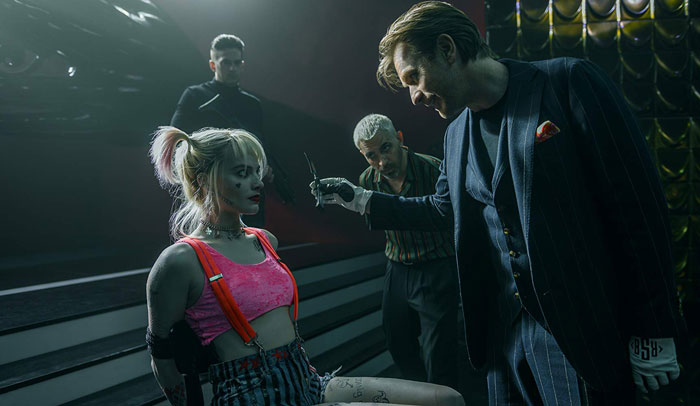 Is This Worthwhile Queer Representation?

It’s something! However, it’s still scraps. Two of the four maybe queer characters are not only unconfirmed but also potentially playing into a legacy of damaging stereotypes. Then, the other two’s canonical queerness is so slightly represented that it could easily be lost or cut.

Blink and you’ll miss Harley’s college girlfriend. If you’re caught up laughing at Montoya’s graphic tee, you might not hear the line identifying her ex-girlfriend. This means it’d be really easy for Warner Bros. to cut both for airlines or international releases that are even more scandalized by queer representation that American theatrical releases are.

Ultimately, Birds of Prey offers an important victory, unveiling the first canonically queer heroines of the DCEU movies (though we see you suggested sapphic Wonder Woman romances). However, it’s a minor victory that makes this film’s queer pride feel more like a whisper than a roar. 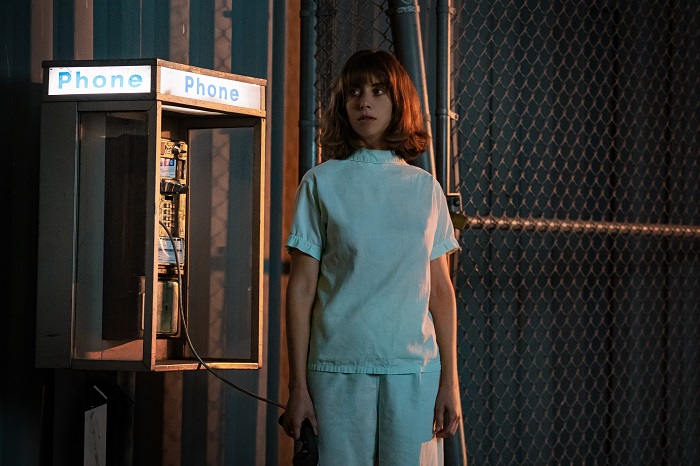 Spoilers: What Happens to Alison Brie's Sarah in Netflix's 'Horse Girl'? Alien Abduction? Cloning? Or Something Else?