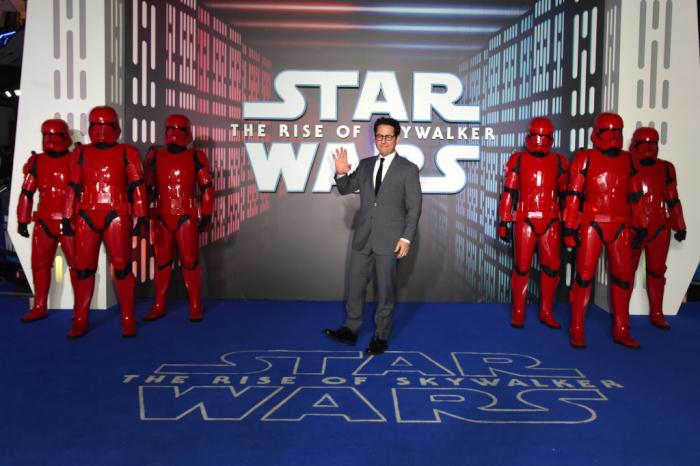 'Having a Plan ... Is the Most Critical Thing'

Would it surprise you to learn there wasn’t what you’d call “a plan” for the latest Star Wars trilogy? If so … Really? Because they go together like peanut butter and toothpaste. Particularly when The Rise of Skywalker took a hard left turn after The Last Jedi. When I first saw it in theaters, I thought it made some poor choices but sufficed as an ending to the trilogy. But the more I sat with it, the less I liked it. And I was far from the only one to see contrivances and plot holes big enough to drive an Imperial Star Cruiser straight through.

It all makes more sense in the rearview mirror, because as J.J. Abrams told Adam Chitwood of Collider, his intentions of only writing and directing the first film of the new trilogy were set aside when Lucasfilm hired him back to take over for Colin Treverrow after he was fired for, well, being an asshole. So J.J. picked up the scraps of his own ideas and went about erasing most of the plot points from The Last Jedi. Rey being a nobody? Incel Vader as the new Big Bad? Finn getting an appropriate amount of screentime? Gone, like so many midichlorians on the wind. Instead, we’re back to bloodlines and raisiny zombie Emperors and secret armadas. Abrams told Chitwood “the lesson is that you have to plan things as best you can, and you always need to be able to respond to the unexpected. And the unexpected can come in all sorts of forms, and I do think that there’s nothing more important than knowing where you’re going.” Advice he could have used before writing The Rise of Skywalker.

Call me crazy, I really enjoyed both The Force Awakens and The Last Jedi. Sure, the former was essentially a rehash of A New Hope, but it was a rehash in ways that made sense. It was the cycle beginning anew. The Wheel of Time turning, Roland’s journey resetting at the Tower, the hero’s journey starting fresh. And then Rian Johnson took the opportunity to break out of the cycle with TLJ. He cleared away the deadwood and weeds, the old hero become mentor finally allowed to rest, the weight of tradition removed. He left a fresh field ready for planting, and in it Abrams put the same old crop of clichés and twists that don’t. Apart from the convoluted plot changes required by Carrie Fisher’s passing, all the rest felt unnecessary.