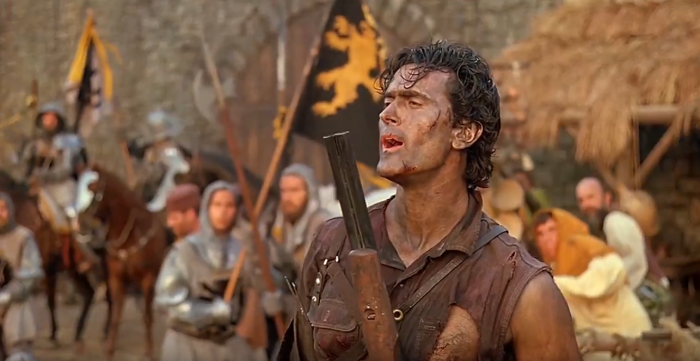 In 1981, Sam Raimi rubbed two nickels he found in his pocket together and created what became one of the greatest cult classics of our time, The Evil Dead. That movie spawned two sequels, one remake, a video game, a TV series, and countless imitators. It also introduced us to the man who would become the self-proclaimed King of Schlock Horror, Bruce “The Chin” Campbell. 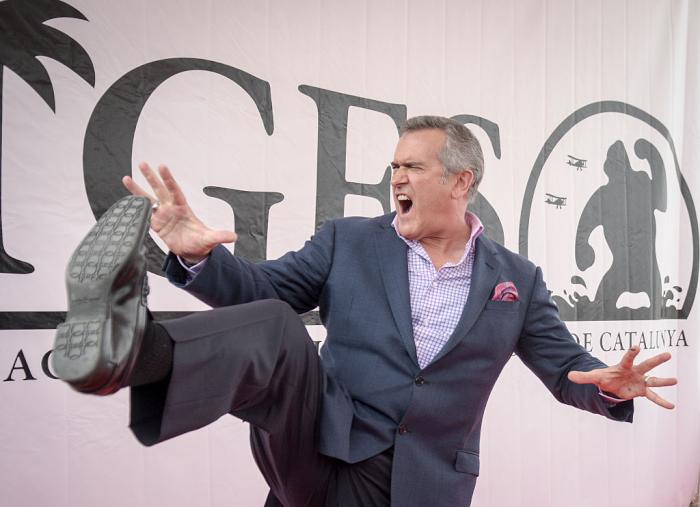 After that little movie grossed $2.61 million in the box office, Raimi went on to direct some other movies you might have heard of: Darkman, A Simple Plan all three of the Toby Maguire Spider-Man movies. And Bruce Campbell … well, he mostly just leaned all the way into being Ash Williams for a while there before settling into USA Network’s Burn Notice as Sam Axe. He also created a wonderful documentary about his career called My Name is Bruce, which I highly recommend, and surprised audiences across the spectrum with his nuanced role as Elvis in 2002’s Bubba Ho-Tep.

Ash vs The Evil Dead was a great continuation of the franchise from 2015-2018 on Starz (If you HAD Starz, ahem). Since it ended, all us fans of The Deadites have been wondering WHEN Ash would be back.

Well, grab your boomsticks, everyone. The wait is over! Raimi and Campbell are teaming up with filmmaker Lee Cronin to bring us a brand new film installment, Evil Dead Rise. If you’re wondering what it’s about, here’s this from THR:

Evil Dead Rise takes the undead action away from the cabin in the woods and into the city as two estranged sisters’ reunion is cut short when flesh-possessing demons thrust them into a battle for survival. The film is led by Alyssa Sutherland, known for Spike’s The Mist and History’s Vikings, and Lily Sullivan, whose credits include features Picnic at Hanging Rock and Jungle.

No release date has been set. It begins filming in June and is slated to air on HBO Max (and possibly in theaters).