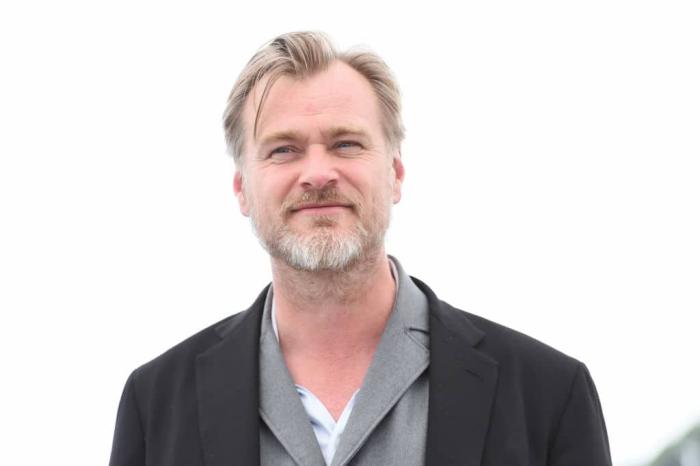 Has Your Favorite Actor Joined the Cast of the New Christopher Nolan Movie Yet?

Christopher Nolan is currently working on his newest film, Oppenheimer, based on the life of J. Robert Oppenheimer, the scientist who contributed towards the Manhattan Project that led to the invention of the atomic bomb. It’s a big deal of a movie. Nolan is one of the few directors working today who can consistently demand $100 million+ budgets and total creative control for non-franchise fare. This will be his first film not to be distributed by Warner Bros. Pictures since Memento. Nolan is now Team Universal following disagreements arising from the studio’s simultaneous theatrical and HBO Max release model. If you thought Nolan was down following the muted release for Tenet then he’s here to prove you wrong.

The cast for Oppenheimer is, to put it mildly, vast. Every day, there seems to be an announcement of a new cast member, as if joining this movie is the equivalent of a gap year project. Frankly, if your favorite white guy hasn’t signed onto Oppenheimer yet, I have to wonder if everything is OK with them. There are some actors in this who aren’t white men but not many. At least Nolan has history on his side to justify his choices. Let’s be honest: we prefer it when Chris doesn’t try too hard with female characters. Therein danger lies.

I’m sure by the time I’m done formatting this post, someone else will have signed onto Oppenheimer. That’s a risk I’m willing to take. Here is EVERY ACTOR in the cast of Christopher Nolan’s Oppenheimer. So far.

#OPPENHEIMER only cillian murphy can make a physicist so fucking pretty pic.twitter.com/d6X2F411K3

Nolan’s leading man, the Peaky Blinders star is in the title role of the so-called father of the atomic bomb. Murphy previously worked with Nolan on Dunkirk and is apparently the new favorite of the month to replace Daniel Craig as Bond.

Murphy’s A Quiet Place Part II co-star will play Kitty Oppenheimer, J. Robert’s wife. Formerly married to the activist Joe Dallet, Kitty was a German-American biologist who spent many years active in the Communist Party of America. After a whirlwind romance with Oppenheimer (she told friends that she got him to marry her the ‘old fashioned way’ — by getting pregnant), the pair married in 1940. After Oppenheimer’s post-war celebrity became unavoidable, Kitty suffered from alcohol problems and struggled with the spotlight. She died in 1972, five years after her husband.

Oppenheimer (Christopher Nolan's new movie) is filming in Los Alamos now. Here is a picture of Cillian Murphy as Oppenheimer and Matt Damon as Lieutenant General Leslie Groves, and the real Army-Navy "E" Award Ceremony the scene is based on. pic.twitter.com/qyOsrsK2zh

Crypto-boy and star of The Last Duel (always and forever justice for that movie), Damon is on board to play Lieutenant General Leslie Richard Groves Jr., a United States Army Corps of Engineers officer who oversaw the construction of the Pentagon and directed the Manhattan Project.

Branagh and his array of accents have become a recent Nolan movie mainstay, in-between his own directorial exploits and tragic mustache shenanigans. No announcement on who he’s playing yet.

For me, Pugh has the most fascinating role in the film. Jean Tatlock was a scientist who, for a while, had a relationship with Oppenheimer. As a result of their relationship and her membership of the Communist Party, she was placed under surveillance by the FBI and her phone was tapped. Tatlock also reportedly struggled with her sexuality and possibly had a relationship with Mary Ellen Washburn. After suffering from clinical depression for years, Tatlock died by suicide in 1944 at the age of 28. Conspiracies have swarmed around her death for decades, with some asserting that she was actually murderd by secret agents working for the Manhattan Project.

After 84 years of promoting No Time to Die, Malek is in Nolan territory. His role is currently unknown. He’s also set to star in the next David O. Russell film. Eh.

Isn’t it nice to see RDJ back in movies where he’s actually, you know, acting? After a solid decade of Tony Stark tenure and the disappointment of his pet project Dolittle (remember that on?!), Downey Jr. is choosing some intriguing projects between this and Park Chan-wook’s adaptation of The Sympathiser. He’ll play Lewis Strauss, a naval officer who served two terms on the U.S. Atomic Energy Commission. He was a major figure in the development of nuclear weapons and America’s overall nuclear policy. It was also he who led controversial hearings in 1954 that led to Oppenheimer losing his security clearance. He distruted and often resented Oppenheimer, questioning his prior communist affiliations and loyalty to America. Strauss has since been cast as something of a historical villain in this entire affair.

The Safdie brother who does all the acting — you probably saw him in Licorice Pizza — Benny Safdie will play Edward Teller, a physicist who was credited as the ‘father of the hydrogen bomb.’ He was an early member of the Manhattan Project and would later testify against Oppenheimer in those security clearings. In later years, he worked on a plan to excavate an artificial harbor in Alaska using thermonuclear explosives. It didn’t happen.

Eternal heartthrob of our hearts, Josh Hartnett will play Ernest Lawrence, the Nobel Prize-winning physicist who invented the cyclotron.

No news on who DeHaan is playing, and I don’t have much to say on him. So have a picture.

if you don’t then you don’t
love me deserve me
at my at my pic.twitter.com/zVHXhLyNtC

Underrated Han Solo actor Aldn Ehrenreich is finally getting a new moment to shine after the disappointing box office of Solo. It’s what he deserves.

Hell yes to this news! Alden Ehrenreich hive, stand up! STAND UP!!!!

(And if you're wondering what movie this is from, it's HAIL, CAESAR!) https://t.co/1BOyLjTkcP pic.twitter.com/qmrDPcTz0P

Hughie from The Boys is here too!

23 TIMES!!!! I mean Richie totally deserved it but holy shit. @MelissaBarreraM stabbed me TWENTY THREE TIMES! Also big shout out to the guys at #BeardedSkullFX for the amazing prosthetic work. pic.twitter.com/IivIaCt9uv

And this guy too!

You might recognize Dylan Arnold as Theo from the third season of You or his turn as Cameron in the new Halloween movies. He’s playing Frank Oppenheimer, J. Robert’s youngr brother and fellow physicist. He founded the Exploratorium in San Francisco and also worked on the Manhattan Project. During the McCarthy witch-hunts, he was targeted for his early involvement in the Communist Party and was eventually blacklisted from finding any physics teaching position in the United States until 1957.

Wednesday Addams’s first boyfriend has been in many films and TV series over the decades but I’m mostly intersted in Addams Family Values.

Anganaro is playing the physicist Robert Serber. Serber created the code-names for all three design projects: the ‘Little Boy’ (uranium gun), ‘Thin Man’ (plutonium gun), and ‘Fat Man’ (plutonium implosion). He was also the first American team to enter Hiroshima and Nagasaki to assess the results of the atomic bombings of the cities.

Polka Dot Man and Harkonnen actor David Dastmalchian previously appeared in Nolan’s The Dark Knight. Please enjoy these images of his cat in costume as his character in The Suicide Squad.

One has to assume that Jason Clarke will continue his proud tradition and play a cuckolded husband here.

Another woman in the movie! English actress Louise Lombard was once was last seen in After We Collided, that weirdly long-running saga based on the One Direction fanfic.

True story: I was complaining to my colleagues about the distinct lack of Skarsgards in Oppenheimer then LITERALLY 30 SECONDS LATER we saw the announcement that Gustaf — the one in Vikings — had joined the cast. It’s true. I am magic.

Haaskivi can currently be seen in Winning Time: The Rise of the Lakers Dynasty playing Phil Knight, but my boss may know him for starring in Manifest, his favorite show!

You might know Scott Grimes from The Orville, American Dad, and Russell Crowe’s band Indoor Garden Party — a thing that apparently exists.

Denham played Oliver Drake on Billions and was most recently in Being the Ricardos. Coincidentally, he was also in Manhattan, the underrated WGN drama about the Manhattan Project.

Rysdahl was in the wonderful Dead Pigs and is also dating Zazie Beetz! He doesn’t post much on social media so enjoy this image he shared of Beetz.

Guy Burnet is an English actor who people my age will recognize as Craig from Hollyoaks (Craig and John Paul forever!) Good for him getting into a Nolan movie!

And good for Josh Peck too! He’s playing Kenneth Bainbridge, the Director of the Manhattan Project’s Trinity nuclear test. Bainbridge described the Trinity explosion as a ‘foul and awesome display’. He then told Oppenheimer, ‘Now we are all sons of bitches.’ After the war, he remained an outspoken proponent of the abandonment of nuclear testing.

German actor and director Matthias Schweighöfer was recently in Zack Snyder’s Army of the Dead and directed its prequel, Army of Thieves.

Most recently seen in Licorice Pizza, Emma Dumont will play Jackie Oppenheimer, wife of Frank and fellow member of the Communist Party of America.

You might recognize Devon Bostwick from the Diary of a Wimpy Kid series, where he played the older brother Roderick. That character commands a surprisingly loyal fanbase, I found out while writing this piece. He’s playing Seth Neddermeyer, a physicist who co-discovered the muon and worked on the implosion team for the Manhattan Project.

Deferrari was recently in the wonderful Shiva Baby. He’s playing Enrico Fermi, an Italian physicist who created the world’s first nuclear reactor, the Chicago Pile-1. He won the 1938 Nobel Prize in Physics then served under Oppenheimer on the General Advisory Committee, which advised the Atomic Energy Commission on nuclear matters.

Australian actor Harrison Gilbertson was in the recent TV remake of Picnic at Hanging Rock and the horror film In the Tall Grass.

← There Is Some Really Good Television Coming Soon | 'Pink Flamingos' At 50: John Waters' Cult Classic Celebrates Half A Century Of Unparalleled Filth →