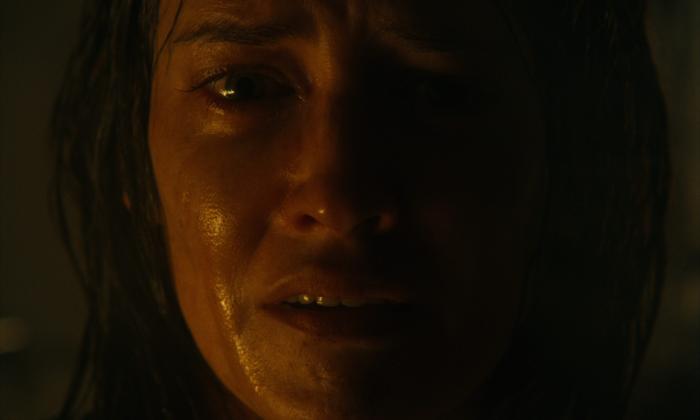 Eva Green Is Back With 'Nocebo'

In Lorcan Finnegan’s latest film, Nocebo, one character looks at the film’s lead Christine (Eva Green) and says, “When you make a comeback, you really make a comeback, don’t you?” Green sure knows how to make a comeback. The French-born actress never really went anywhere of course, but not being seen in a film since pre-COVID feels like an eternity. It’s been seven years since she starred in the masterful series, Penny Dreadful, and while she’s done various works since then, this is her first time back in the horror seat and her nearest attempt at earning the “scream queen” title. With Nocebo, Finnegan combines the power of ancient nature-based beliefs with the destruction caused by consumer capitalism. These elements are at war, with two women on opposite ends. Surprisingly turning into a revenge film that’s both poignant and heartbreaking, the film’s terror isn’t necessarily jump-scare scary, but it touches on a real-life horror that we often chose to ignore.

The first Irish Filipino co-production follows a clothing designer of success, with a loving husband Felix (Mark Strong) and a beautiful daughter Roberta (Billie Gadsdon). This picture-perfect life unravels as quickly as the audience is introduced to it. During a successful show for her latest line of children’s clothes, Christine spots a mangy dog whose shakes unleash a rain of ticks - one getting into her skin. Was this just a hallucination or was it real? This is a question that will remain on the mind for most of the film’s runtime. It seems on the surface to be the latter, as 8 months later we find her sleeping with a breathing machine. Her deep breaths are piercing and she sounds to be suffocating under the weight of an undiagnosable illness. Despite a brief glimpse of Christine at, for lack of better terms, her best, her transformation feels shocking and sudden. From being perfectly and effortlessly made up to seeing the immense energy it takes for her to even wake up in the morning is indicative of something dragging her down. From a smear of her lipstick to holding a painfully shaking hand, you don’t know if she’ll ever overcome what she’s going through.

Christine is determined to get back to work despite her illness, though, so when the opportunity comes to design again, she works herself to the bone. She hires a woman from the Philippines named Diana (Chai Fonacier) to help her around the house as she consumes herself with work. With a suitcase full of traditional medicine, perhaps Diana can help her in more ways than one. But they have an unexpected connection. Speaking of persons of great power in the Philippines who have the ability to heal or destroy, it becomes a guess of which ability Diana intends to use.

With the intensity behind the eyes and the deep and alluring tone, Green is just as hypnotic as ever. Her acting prowess is on full display; she makes it look easy. Embodying any part seems effortless and she carries Christine with both assertiveness and vulnerability. Through her performance, you feel Christine’s exhaustion, confusion, and fear as though it were your own. It’s a perfect combination of the pain and anger that Fonacier projects through her admirable fierceness. It’s a perfect onscreen pairing that allows writer Garret Shanley to play with who the audience should sympathize with. Their characters are both women tormented over what connects them, and the torment is both psychological and supernatural. These elements are explained through the important dept given to Diana’s character. Her life from childhood to adulthood in the Philippines was written with the help of filmmaker Ara Chawdhury (who worked with Fonacier previously on a film called Miss Bulalacao) to provide authenticity. It’s clear that authenticity is vital to Finnegan, especially when it concerns a story that leans heavily into the traditions of folk healing and shamanism that are traditionally found on the country’s Cebu island. It’s where Diana says she’s from, so casting an actor like Fonacier who is also from Cebu makes her execution of various healing or magic practices that much more true.

Nocebo is a horror film that isn’t out for scares but still wants to get under our skin. The layers of the story peel open slowly, but effectively. When all the dots connect through unnerving imagery, they create a stark portrait of parasitic Western capitalism sucking everything dry. Speaking on the exploitation of people for cheap labour, specifically in garment factories, the film forces those who own companies that contribute to these inhumane practices and those who participate in consumer culture to face what their actions can and have caused. This is a topic rarely touched on in film and one whose discussion makes the audience think twice about where they put their money towards an industry that’s not only destroying the planet but people’s lives.