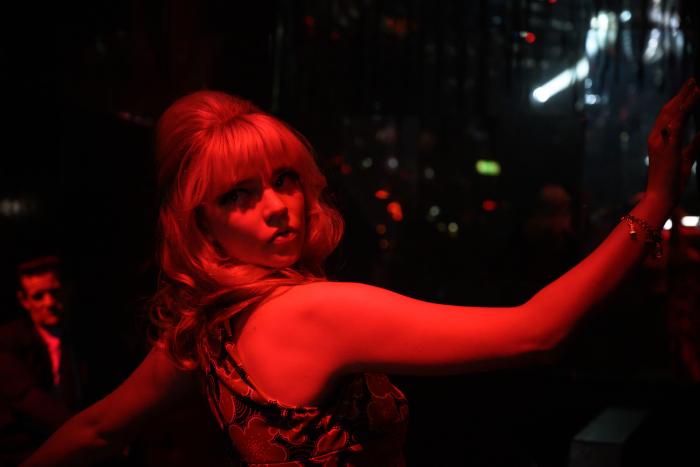 Edgar Wright is shaking things up. The gleeful movie geek who brought us Shaun of the Dead, Hot Fuzz, The World’s End, and Baby Driver is trying his hand at a psychological thriller set in 1960s London with Last Night in Soho.

Thomasin McKenzie (Leave No Trace, Jojo Rabbit) stars as Eloise, an aspiring fashion designer who mysteriously stumbles into the past, where she lives the glamorous nightlife of aspiring singer Sandy (Anya Taylor-Joy). The Pajiba staff thinks it looks like a gender-bent Quantum Leap re-imagining directed by Brian De Palma. Plus, Last Night in Soho boasts appearances by Matt Smith, Diana Rigg, and Terence Stamp.

So brace yourself before you click play on this titillating teaser trailer:

Focus Features will release Last Night In Soho in theaters on October 22.

← 'Gunpowder Milkshake' and Its Stacked Cast Get A Trailer | Reddit Asks the Question: 'What TV Show Have You Watched More Than Five Times and Still Find Entertaining?' →