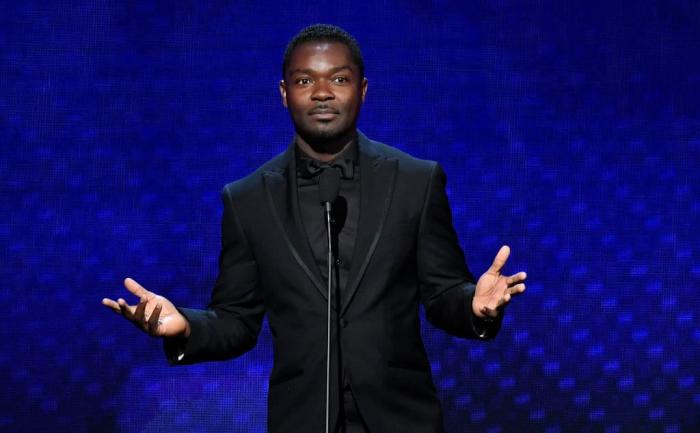 Actor David Oyelowo, perhaps best known for Selma, recently announced that he planned to star as boxing legend Sugar Ray Robinson in a biopic about his life called Sweet Thunder. The director of that project? Nate Parker, the actor/director and accused rapist. During a conversation with Variety’s Virtual TIFF Studio at the ongoing Toronto International Film\ Festival, Oyelowo defended his decision:

‘I have a pretty good discernment when it comes to good people. He is a good person beyond his fallibility, beyond the mistakes he made. And I believe in redemption. I believe in forgiveness and he is someone I have been around enough to know that in my opinion he is worthy of that.

He made mistakes in the middle of that whole controversy. He lacked a certain contrition that he now has as a human being.

I believe that the man that is going to re-emerge when he does come back into the public consciousness is going to be someone who people are going to see his regret, see his compassion, see his maturation, see his growth, see his deserving of redemption.

As it says in the Bible, all have sinned and fallen short — all of us. Therefore, let us have the compassion to recognize that and see where there are people who are truly contrite, truly desirous to be better going forward. What I would say about Nate is his handling of it when it happened was wrong and it lacked the compassion that needed to be seen.”

In 2016, actor Nate Parker made his directorial debut at the Sundance Film Festival with The Birth of a Nation, a historical biopic focused on Nat Turner’s slave rebellion. The movie garnered major buzz at Sundance and ended up becoming, at the time, the most expensive acquisition in the festival’s history. Fox Searchlight paid $17.5 million for the distribution rights. It didn’t take long for reports to scrutinize the decision, particularly since Parker himself had been accused of rape in 1999, a case that received significant coverage and was never hidden from the press or public. While a sophomore at Penn State University, Parker and his roommate Jean McGianni Celestin were accused of raping a fellow student. Parker was acquitted while Celestin, who shares a story credit on The Birth of a Nation, was found guilty. He received a six-month to one-year prison sentence in 2001. His conviction would be later overturned on appeal by a high court.

Initially, Parker and his team chose to deflect questions about these accusations, with Parker often cutting interviews short when it was brought up. Parker then received lots of media training and took part in a 60 Minutes interview where he maintained his innocence and said he didn’t ‘feel guilty.’ The accuser died by suicide in 2012, with her death certificate noting that she suffered from ‘major depressive disorder with psychotic features, PTSD due to physical and sexual abuse, polysubstance abuse.’ The Birth of a Nation was then all but buried by Fox Searchlight.

Nate Parker’s next film as a director, producer, writer and star, American Skin, premiered last year at the Venice Film Festival, with Spike Lee as its biggest defender. The reviews were extremely negative.

Parker has never shown contrition or even a sliver of self-awareness as to why it would seem callous, at best, for him to continue with business-as-usual while very serious conversations take place about rape culture, accountability, and the life of a woman who is no longer here to tell her story. Oyelowo positions his defense of Parker as a great Christian act, one that is rooted in the notion that we have all sinned or made ‘mistakes.’ In my opinion, it seems somewhat reductive to refer to a rape accusation as comparable to a minor oopsie.

Also, is anyone sick of the supposed ‘redemption’ of men like this happening through the song and dance of Hollywood? Why does the forgiveness trail have to begin with a major movie deal and end with the razzle-dazzle of film festival prestige, fawning interviews, and a well-crafted public relations narrative? This isn’t public contrition: This is arrogance. Besides, it’s not as if Parker ever truly went away. His last film played in bloody Venice alongside the newest title by Roman f**king Polanski. He hardly needs a route to forgiveness when the industry is already desperate to act as if nothing happened.