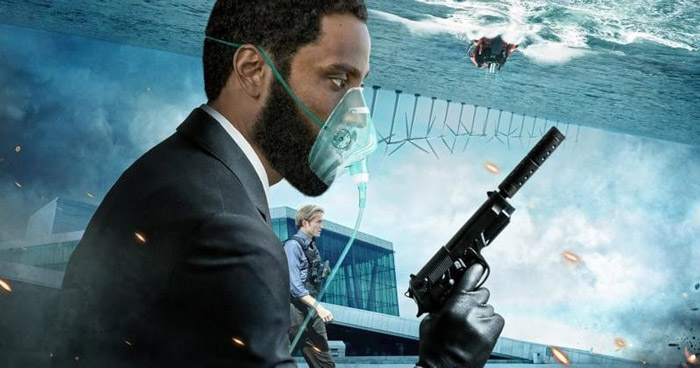 Can You See 'Tenet' At The Drive-Ins?

For months, Tenet has been teased as the tentpole that could save summer movie season. However, the raging pandemic has caused Christopher Nolan’s latest to be pushed back again and again. This Friday, Tenet will open internationally, but the U.S. won’t see it until September 3. Even then, many U.S. movie theaters are still shuttered, including all theaters in Los Angeles and New York. So, could the drive-in be the sanctuary for movie lovers and Nolan fans to finally convene for this much-anticipated and already polarizing motion-picture? Maybe.

Variety reports Warner Bros. will allow drive-ins to screen Tenet, but there’s a catch. They’ll only release the film to drive-ins in areas where indoor theaters are open. So if the only movie-screening venues open near you are drive-ins, don’t plan on Tenet coming your way.

This is a surprising move considering drive-ins have been doing solid business over the summer. IFC Midnight titles like The Wretched and The Rental have thrived in that environment. Revival cinema has gotten a fresh boost as classic movies like Jurassic Park, Harry Potter and Indiana Jones adventures, played drive-ins to give movie-lovers a safely socially distanced way to enjoy films outside their homes. Plus, this past weekend, the newly released Unhinged saw its highest returns from drive-in theaters. Thus, this move could hurt Tenet’s box office Stateside. So why do it?

Reportedly, Warner Bros. is limiting drive-in access to keep the film’s twists and turns from being spoiled. If you can’t follow the logic there, you’re not alone. Why would a drive-in in an area with open theaters be less risky for spilling spoilers than one that has no open theaters to compete with?

I suspect this actually goes back to Nolan wanting to be the champion for the embattled theatre experience. In early May, Variety reported that the adored director was hoping Tenet would be the movie that got people back into theaters, when the stakes for theaters were higher than ever. Nonetheless, theaters are facing an uphill battle in re-opening. Some states have allowed re-opening but with limited capacity for safety reasons. To urge audiences back, ticket prices have been slashed at some locations. AMC offered fifteen cent tickets for its re-opening. But both measures mean profit margins are dangerously thin.

This leads us to concessions, where theaters traditionally make a substantial chunk of money. Now more than ever, theater owners will want patrons to purchase food from the concession stand. However, this means mask mandates will be relaxed to accommodate people who are eating a bag of popcorn over two hours and change. Frankly, it’s unknown how risky such a scenario is to the audience. But some films are leaning into that fear.

Over the weekend Unhinged’s Twitter account rewarded users who tweeted about seeing the movie, offering virtual “badges” for taking the risk.

Thanks for the support. Badge unlocked for you to share. Courtesy version (light, friendly) or the #UnhingedMovie version. pic.twitter.com/lzZib7DXRu

As for Tenet, the $200 million movie is currently betting on 1,738 theaters (with unknown capacities) and a fraction of the 300 some drive-ins in the U.S. to make it a domestic success. Will Warner Bros. really go ahead with that gamble? Or will the release plan broaden as we get closer to Tenet’s debut?

Do you plan to see Tenet? Tell us how in comments.