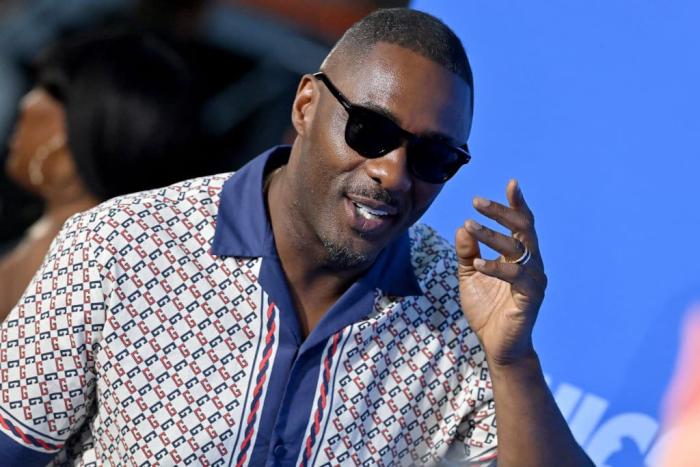 Box Office Report: That Idris Elba Echidna Better Not Awaken Anything in Me

True story: The last film I saw in cinemas before we went into COVID lockdown was Sonic the Hedgehog and, much to my surprise, I did not hate it. Sure, it wasn’t exactly good but it was cute enough and fulfilled its expectations. A sequel was inevitable but it still feels like the first film came from a different age. It was only two years ago, not two decades, but still, time has long lost all meaning.

Paramount will be thrilled to have a new franchise to milk to death. Sonic the Hedgehog 2 made an impressive $71 million from 4,234 theaters. Families seem happy to return to cinemas now. The movie already opened pretty wide internationally and has a comfortable $141 million in the bank worldwide.

Things weren’t so hot for everyone’s ‘favorite’ living vampire, Morbius. In only its second week of release, its gross dropped a harsh 73.9%, leading to a mere $10.2 million weekend gross. It’s already been outdone by Sonic. It seems to confirm that there just wasn’t much audience enthusiasm for this property or any good word of mouth from its opening weekend. Gee, who could have seen that coming? Have you watched any videos of Jared Leto having to promote this thing? It’s giving real ‘hello darkness sad Ben Affleck’ energy.

Michael Bay’s newest film Ambulance premiered at number four with a soft $8.7 million from 3,412 theaters. It had tough family-friendly competition and The Batman is still pulling in comparable numbers in its sixth week of release. Still, it does feel indicative of something that even a big blow-up Michael Bay blockbuster can’t get numbers in the franchise era.

But things were far brighter for A24’s Everything Everywhere All at Once. After adding an extra 1,200 theaters to its fun, its gross jumped a hefty 461%, bringing its current domestic gross to just under $8.5 million. It’s one of the most rapturously reviewed films of the year as well as one of its most original. If good word of mouth keeps up and there’s still a semblance of opportunity available, this one could go the distance.

Two anniversary re-releases did solid numbers in limited releases. Selena, the biopic of the beloved singer that launched Jennifer Lopez into stardom, made $402,280 from 308 theaters. David Lynch’s Inland Empire grossed $22,308 from only two venues.

This coming week sees the release of the Marky Mark movie Father Stu, the Jacques Audiard drama Paris, 13th District, and that movie written by the transphobe.

← Ben Affleck and Jennifer Lopez Are Engaged. Again. | Elon Musk Declined to Join the Twitter Board →