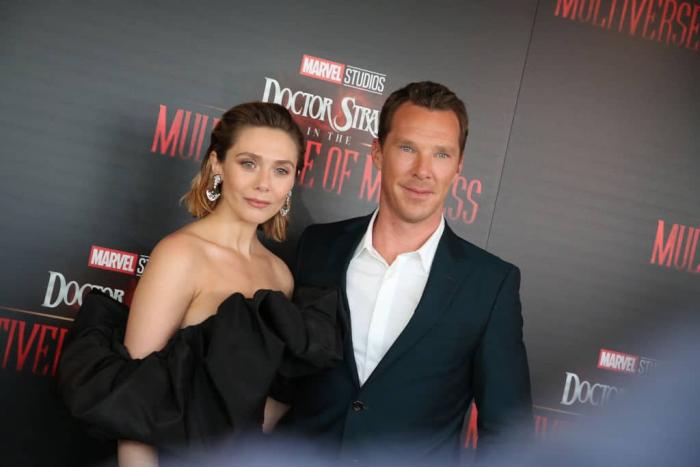 Box Office Report: Get Out of My Multiverse!

Look, we all knew this was going to happen. It’s Disney. It’s Marvel. This is how the world now works. If you’re surprised by the weekend’s grosses then I would love to sublet in your dimension. It seems peaceful. Summer is officially here, at least by Hollywood’s rules. Marvel and Disney basically expanded the blockbuster season beyond the hot months, but that’s not a rule everyone else can break. With the industry pretending that COVID isn’t still killing huge swaths of people, they’re eager to get back to those nine-figure intakes.

Enter Doctor Strange in the Multiverse of Madness. Sam Raimi’s first feature film in nine years was always going to do well because that MCU brand is still impenetrable, even if the Sorcerer Supreme himself isn’t as beloved as the Phase One heroes. I’m pretty sure this film could have been about sloths and it would still have pulled in its ferocious opening weekend numbers. With a staggering $40,802 per-cinema average, Multiverse of Madness pulled in $185 million. That easily surpasses the opening weekend numbers of any other movie released in 2022 so far. Internationally, it’s already close to $450 million, and all of that without releases in China (no date has been given yet but several recent MCU movies skipped the country altogether) and Russia (duh.) The official reported budget for the film is $200 million. I think that’s super conservative, especially given the extensive reshoots and marketing budget. If it cost a cent below $350 million, I would be stunned. Still, expect this one to comfortably become one of the highest-grossing movies of 2022.

Of course, the domination of Marvel in theaters meant that we saw basically every other film playing in multiplexes lose a hell of a lot of screenings. Fantastic Beasts: The Secrets of Dumbledore dropped another 911 cinemas in its fourth week of release and has still to pass $90 million domestically. Don’t laugh too hard there, guys. OK, you can cackle if you want. It’s harder for the smaller movies (or smaller by nine-figure franchise fare standards): The Northman is barely scraping past $28 million in its third week of release, while The Unbearable Weight of Massive Talent failed to find its audience and is now haemorrhaging theaters. Both of those films are great so check them out when they hit VOD.

And despite all of this, Everything Everywhere All at Once remains the little movie that could. It’s held on strong against tough competition, even as it loses theaters to the other multiverse movie. I haven’t heard word-of-mouth this wildly enthusiastic in a long time. It’s exciting! I hope this success story can hold on into the awards season conversation. Yes, I know it’s only May but I don’t do blockbusters so this is all I have!

A couple of small international indies played in limited runs: French drama Happening, last year’s winner of the Golden Lion at the Venice Film Festival, brought in $34,000 from four theaters; the Hong Sang-soo Korean drama In Front of Your Face made $9,150 from one venue; and Gaspar Noe’s short Lux Æterna grossed $9k.

This coming week sees the release of the Stephen King remake Firestarter.