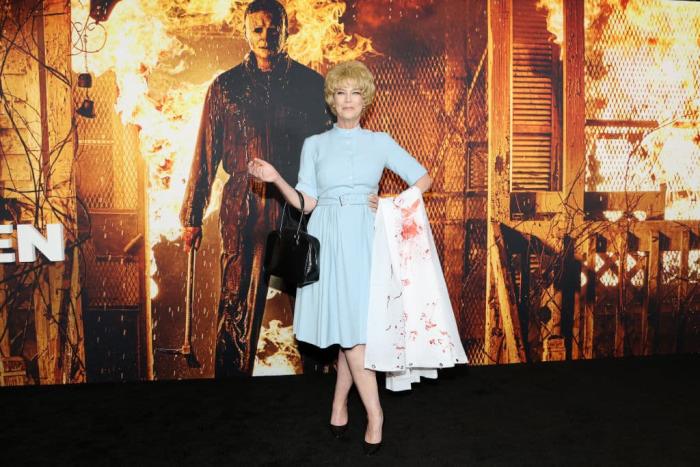 It’s October so of course a horror film is hogging the box office this weekend. Not even bad reviews could tank Halloween Kills, the latest in a long line of installments in one of the most iconic horror franchises ever created. Horror can be pretty critic-proof at the best of times but when you’re as iconic as the Halloween saga and it’s mid-October and you can actually leave the house this year to celebrate the greatest of holidays, of course you’re going to see Michael Myers get his maniac on. Halloween Kills made $50.35 million from 3,705 theaters, comfortably grossing double that of last week’s champion, No Time to Die.

But do not cry for James Bond because he’s oh-so-close to passing $100 million in North America. It’s only a few days from passing $450 million worldwide too, and it’s already the sixth highest-grossing film of the year. Give it an extra $20 million and it’ll jump to number five over Godzilla vs. Kong.

Pour one out for Ridley Scott and The Last Duel. While positive reviews and the excited support of many critics, myself included, were in abundance, it seems that audiences weren’t up for a long and dark historical drama about rape culture, the hypocrisies of power, and the fragility of the male ego. While it played in 3,065 theaters, it only grossed a paltry $4.82 million. With a reported budget of over $100 million, that’s certainly not great news. Honestly, I don’t think Disney/20th Century cared much about this one. They aren’t exactly investing heavily in adult standalone dramas with no IP spinoff value. It probably didn’t help that the competition was so tough and most of the multiplexes were using the majority of their screens for the more mainstream fare. At my local multiplex, The Last Duel was only playing twice a day compared to the ten or so screenings for No Time to Die. A sad result but, alas, an increasingly common one.

At number seven is Honsla Rakh, a Punjabi rom-com about a single dad and his adorable son, which made $706,000 from only 100 theaters. Behind it at number ten is Most Eligible Bachelor, another Indian rom-com, with $470,000 from 195 theaters. Solid business for the always-reliable dark horse of Indian cinema.

In other limited release news, the drama Bergman Island brought in $55,000 from 115 theaters while the romantic drama Hard Luck Love Sog made $36,695 from 172 theaters.

← 'Y: The Last Man' Canceled Before Its First Season Even Ended | Watch the Incoherent Trailer for Jeremy Renner's New Series, 'Mayor of Kingstown' →