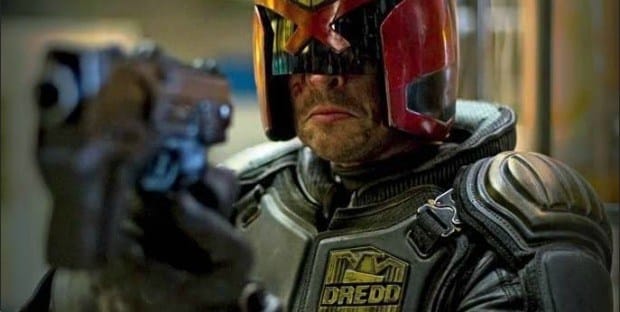 Movie trailers are what people not steeped in the online presence of a film use to gauge whether or not they’re going to give it their dollars. They’re also those things that run before a feature film in those movie theaters we used to have all over the place. In the Before Time, you know?

The art of cutting a trailer is a tricky one that it seems most with the job don’t fully grasp. You don’t want to give away the entire movie during the trailer but you also need to provide enough line to hook the people watching. It’s a balancing act that can go horribly, horribly wrong, especially when it fully paints the movie as something it definitely isn’t.


Blockers is hysterical, one of the funniest studio comedies in years. It is also substantive and progressive. It hits squarely upon the double standard for women when it comes to sex, and it does so in heartfelt and wildly hilarious ways. It’s also an R-Rated sex comedy that doesn’t hit a single sour note and manages to be fantastically subversive without being offensive. It is terrific. - Dustin

Drive
It is NOT Fast and the Furious, nor is it just another action movie or heist gone wrong flick.

But Refn’s film isn’t just one of the best action stories in years. It’s also a fantastically observed film about deception and appearances, and what it means to find yourself actively rooting for someone to do something very bad. The central character, the Driver (Ryan Gosling), feels a kindness and loyalty to those he cares about, but he’s also a criminal who can effortlessly and instantly transform into someone with the ability to threaten, fight, or kill an enemy. He’s neither wholly good or wholly bad; rather, he’s making those choices at every instant. Drive is basically an existential heist movie that deftly blends action and suspense with the very real struggle to decide what kind of life you want to lead. It’s a thriller with brains, a drama with muscle, and absolutely amazing from start to finish. - Dan Carlson

The One I Love
According to Dustin, this vague trailer makes sense.

… all I can tell you about the plot of The One I Love, because all the ensuing revelations in the film should be experienced rather than described. I will only say that it’s a film about identity, and about who we are, and how others perceive us, and how we perceive ourselves, and all the gaps between perceptions and realities.

Eternal Sunshine of the Spotless Mind
“Mr. Blue Sky” and the scenes chosen don’t really say, “This movie will end you with emotion” as much as it lies about this film being a comedy. LIES.

Batman Begins
Batman does not like Nickelback, I can assure you of that, kids. Also, what’s with the liberal use of Katie Holmes instead of BATMAN?

Frozen
This is a teaser for the United Kingdom but it doesn’t even begin to provide information or insight as to the final product we all got in 2010. Or that damned song.

Dredd
This trailer isn’t terrible but it also isn’t accurate. This version of Dredd doesn’t rely on cheesiness and one-liners, but you would never know that watching this trailer. Also? If you haven’t seen Dredd, rectify that situation IMMEDIATELY. It is fantastic.

Hellboy (2004)
This trailer is off in all of the wrong ways for Guillermo del Toro’s devilish anti-hero flick. It leans far comedic and weird instead of engaging.