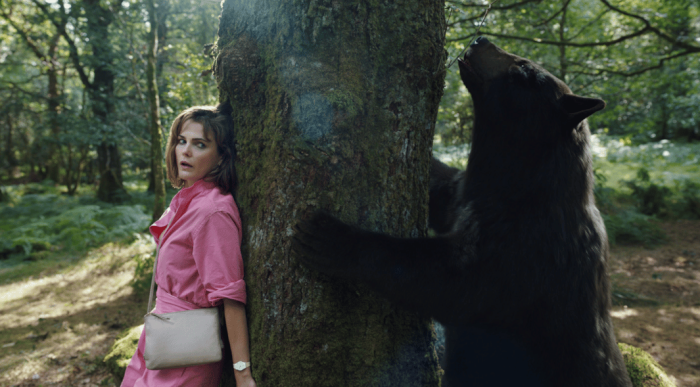 Behold The Majesty That Is the 'Cocaine Bear' Trailer

I am already in love with this magical movie, and it might replace Starship Troopers in my top spot for terrible films.

What?!? God bless Elizabeth Banks for directing this beautiful piece of insanity.

Inspired by the 1985 true story of a drug runner’s plane crash, missing cocaine, and the black bear that ate it, this wild dark comedy finds an oddball group of cops, criminals, tourists and teens converging in a Georgia forest where a 500- pound apex predator has ingested a staggering amount of cocaine and gone on a coke-fueled rampage for more blow … and blood.