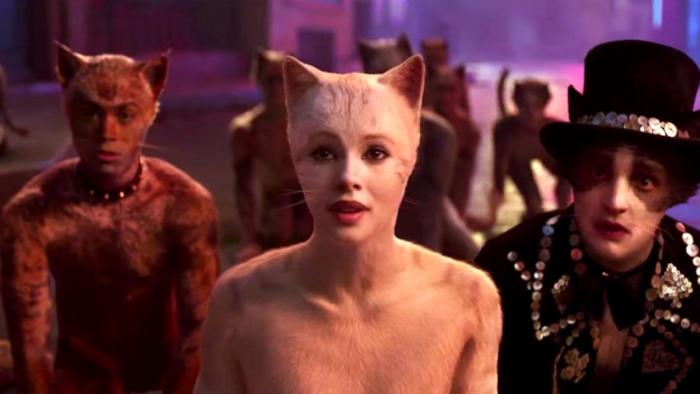 When the first Cats trailer was released back in July, the internet kinda freaked out about it. The second trailer release didn’t really help. There were just so many questions: Why was there so much CGI? Why do only some cats wear clothing? And why does James Corden look like the Penguin? Why is Judi Dench’s character wearing a fur coat? The movie is called CATS!! So, SO many questions. As awards season draws closer, however, many were grateful that at least Cats wouldn’t be screened in time for some major movie awards consideration. But, oh, how we were all wrong.

The way awards season works is that all movies must be screened by a specific cut-off date to be eligible for certain awards. For example, if Cats would have screened mid-December, it wouldn’t have been eligible to be nominated for the Golden Globes. Only now it definitely is! According to Variety, Cats will be screening for the Hollywood Foreign Press Association (HFPA), which is in charge of the Globes, in advance of their cut-off date of December 4.

That’s right, expect awards season to get a lot more furrier and cattier. Throw in a lot of bad cat jokes and some song and dance and the Golden Globes, among many other award shows, I’m sure, are about to be hit with the jazz hands. If I’m being honest, despite all the hubbub surrounding the Cats trailer, this film looks right up the alley of the HFPA. After all, the Golden Globe Awards have been known for serving up a lively show with a lot of head-scratching, ludicrous winners. If nothing else, the show will at least be entertaining. By the time it’s all over, though, it’ll all be a… memory. All alone in the moonlight.

The Golden Globe nominations will be announced December 9.

← 'Moana' is Available on Disney+. Remains the Best Disney Princess of All Time | Hunter Biden is Messy. Messy and a New Daddy →