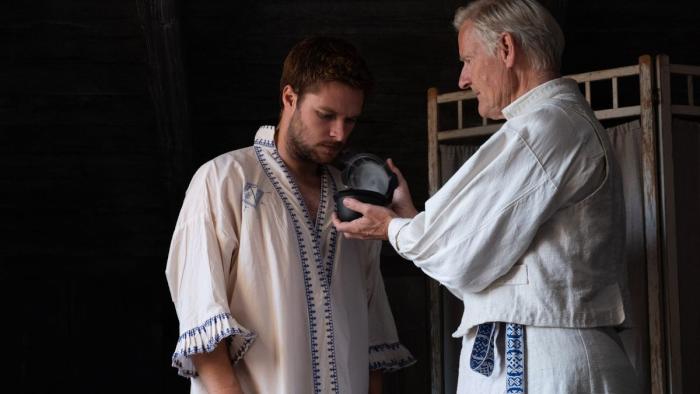 Over the weekend, Midsommar writer/director Ari Aster solved a movie mystery that’s been fascinating fans since his heralded follow-up to Hereditary debuted. During Film at Lincoln Center’s Scary Movies XII screening series, Aster presented the Midsommar Director’s Cut to a packed house, who was giddy to see what ruins, horrors, and humor might have been left on the cutting room floor for the theatrical release. We’ll have a post detailing the differences of these two cuts later today. But in the post-screening Q&A, Aster spoke to one shot that’s mysteriously in neither cut but is in the trailer. 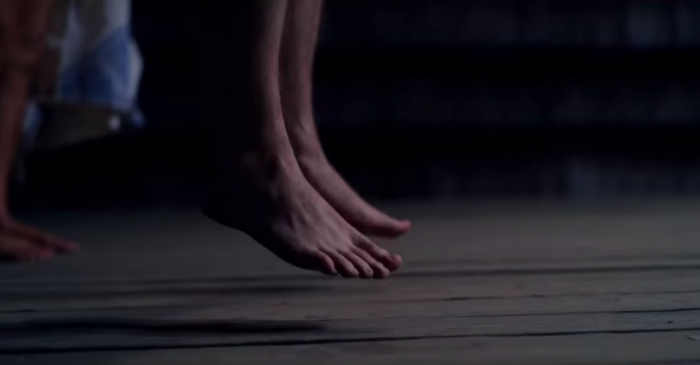 Spoilers for Midsommar below.

In the Midsommar trailer around the 1:55 mark (see below), there’s a shot of feet levitating above the ground. It doesn’t look as if the person is being lifted up by human force, but instead by something supernatural. Which is weird, because for all the things Midsommar does contain, it has no elements of the supernatural. So, during the Q&A, one astute audience member asked what this shot—which again is in neither cut of the film—was all about.

“I don’t cut the trailers,” Aster began, responding to the first portion of the audience member’s question. He then gave context for the levitating feet shot. “That image is from the sex temple, right after [Christian]’s robe is taken off, which we cut from,” Aster explained, “I had him levitating from there, which is meant to be in his head. He’s tripping and then he floats across the room towards Maya’s open legs, which is a nice and scandalous image. And I really liked the shot. It took us a while to get it right.”

So, this shot is of Jack Reynor’s feet, in the moment where he is taken into the sex temple where the female villagers are nude and chanting as part of the mating ritual. In the film (both cuts), there is a shot of Maja (Isabelle Grill), spreading her legs, where Christian is framed between them. He drops his robe, and then this shot would have shown him floating toward her, representing how he feels drawn in and unable to escape between the societal pressure of this “commune” and their drink with “special properties.”

As to why the shot was cut, Aster worried audiences might mistake this trippy element as a supernatural one. “I could just hear all those confused people complaining, [so I] took it out.”