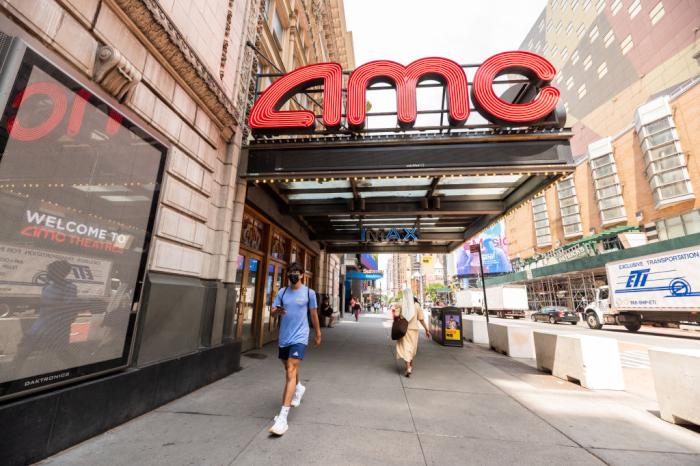 Theater chain AMC will charge higher prices for tickets to The Batman than they do other new releases in the same theater. AMC CEO Adam Aron announced on an earnings call yesterday to stockholders that AMC is currently charging $1.50 more per Batman ticket than for other movie showings in Los Angeles. This variable pricing — variable as in some prices will go up but none will go down — is already a thing in Europe and Aron hopes to recoup some of the chain’s pandemic-induced losses from the past few years. 61% of Americans didn’t go to the theater once last year, for obvious reasons.

Spikes in ticket prices aren’t unusual. I doubt there’s a major theater in the nation that doesn’t already charge more for evening and weekend shows. But raising prices for a particular title has so far remained out-of-bounds. A family of 4 already expects to spend over $100 for a single non-matinee show, between tickets and snacks. An upfront $1.50 surcharge per ticket for a popular movie might keep moviegoers home entirely when added to the service charges involved in purchasing tickets online.

AMC isn’t alone. Cinemark is also looking at potential price increases, and I doubt Showcase is far behind. The shortened feature-release window embraced by Disney and Warner Bros. has led to a further reduction in theater profits and they’re eager to recoup their losses. Whether it works is anyone’s guess. Being told a particular movie ticket costs more will absolutely keep me from seeing it, but I understand not everyone shares my stubbornness. It remains to be seen if audiences can be coaxed back to theaters at all, let alone at higher ticket prices for the movies they really want to see.


← The 'Umma' Trailer: More Reasons To Be Terrified Of Turning Into Your Mother | Naomi Watts Rescues a Stranger in 'Infinite Storm' →