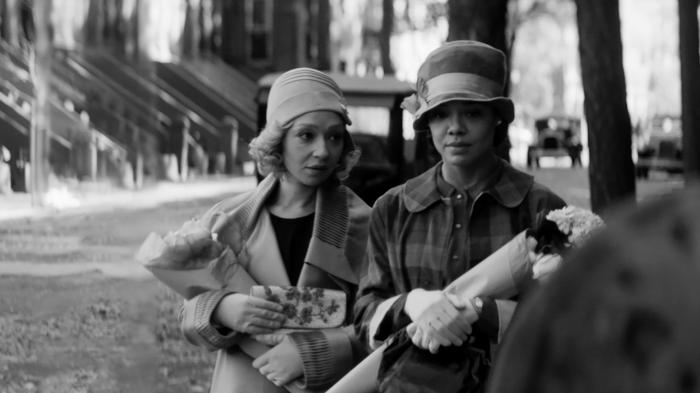 Traditionally, Sundance Film Festival is set amid the chilly mountains and chic atmosphere of Park City, Utah. However, for 2021, the festival is branching out with satellite screenings and virtual premieres, making it more accessible than ever. You can purchase low-cost passes or individual tickets, and be apart of the kickoff to 2021’s festival season. However, with so many movies to choose from, you might be overwhelmed. Over the course of the fest, we’ll be bringing you reviews. For now, here’s a list of our most anticipated offerings from Sundance 2021:

Censor
Inspired by the video nasty hysteria of 1985, writer/director Prano Bailey-Bond created a horror-thriller that’s caught our eye. Niamh Algar stars as a film censor, dedicated to protecting audiences from the nightmare fuel that would be splashed on big screens. Then, a strange new film unlocks traumatic childhood memories, making her re-evaluate what became of her sister long ago.

In The Earth
Ben Wheatley has built his reputation with deeply bleak comedies like Sightseers, High-Rise, and Free Fire. Now, he’s put his ruthlessly satirical lens on a world ravaged by a pandemic. Joel Fry, Hayley Squires, Reece Shearsmith star in a mission movie set in a dangerous wilderness.

Judas and the Black Messiah
Get Out’s Daniel Kaluuya and Lakeith Stanfield reunite as Black Panthers leader Fred Hampton and William O’Neal, the FBI informant who might be blamed for Hampton’s untimely death. This bold biopic from Shaka King is already earning Oscar buzz thanks to powerful performances from these two titanic talents. Believe in the hype.

Knocking
Playing in the Midnight section is Frida Kempff’s trippy horror-thriller about a woman who hears an inexplicable sound. Knocking. Every night, over and over. It’s coming from above her, but no one believes her. Is she crazy? Or is there truly someone begging for her attention and her help? Tune in to find out!

Land
Robin Wright headlines her directorial debut, which follows a recluse in need of a new lease on life. Shattered by tragedy, she’s moved to the Rocky Mountains, leaving her old life behind. But is a life all on her own what she wants? And is that even sustainable? Demián Bichir and Kim Dickens co-star.

Marvelous and the Black Hole
Want a coming-of-age movie that stars Rhea Perlman as a “surly magician?” Good news! That’s exactly what Steven Universe Future scribe Kate Tsang has to offer with her feature directorial debut. Newcomer Miya Cech stars as a teen girl who is mourning the death of mother and furious that her dad seems to be moving on. So, who better to turn to than a surly magician?

Night of The Kings
We raved about this one out of NYFF, and NEON has acquired Philippe Lacôte’s Ivory Coast dazzler. So it will be coming to a (home) theater near you, eventually. But why wait? See the prison-set drama that has critics raving. And revisit our review for a refresher on why.

Passing (Pictured up top)
Critically adored actress Rebecca Hall makes her directorial debut with an intriguing adaptation of Nella Larsen’s Harlem Renaissance novel, which explores the lives of two Black women who can “pass” as white, though only one chooses to. Tessa Thompson and Ruth Negga star in this black-and-white psychological thriller that’s already spurring conversation.

Prisoners of the Ghostland
This one has Nicolas Cage. Is that not enough for you? FINE. Sion Sono’s latest has Cage playing a convicted bank robber who’s given a chance at freedom if he can rescue The Governor’s MIA granddaughter (Sofia Boutella) before the bombs strapped to his body explode. Cage himself has said of the film, “It might be the wildest movie I’ve ever made, and that’s saying something.”

Sundance Film Festival runs January 28 through February 3. You can view the full slate here. To learn more about how you can participate, visit the fest’s website. Tickets and passes are limited. So get them while you can!

Which Sundance offering—listed above or not—are you most looking forward to?