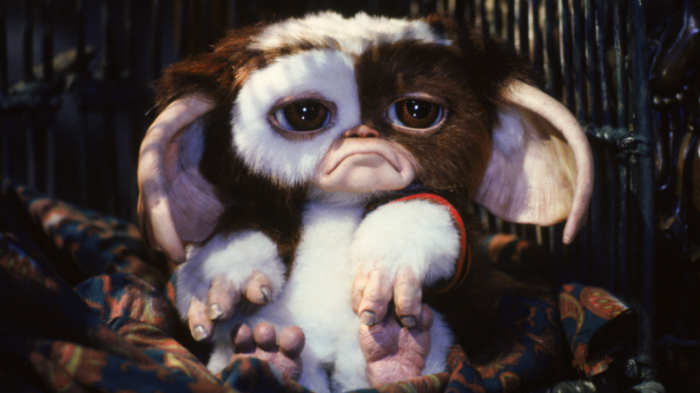 By the way, everything brought up in that sketch is legitimately in the movie because 1990 ran on leftover cocaine from movie pitch meetings held during the ’80s.

I saw this movie in the theater and I love this movie with every fiber of my stupid being. It is bonkers to realize it has been 30 years since it was released, but a joy to look up trivia to share with y’all about Gremlins 2: The New Batch.

1. Joe Dante would only make the sequel to his 1984 hit if he had full creative control over the project. I assume this meant he got the cocaine remnants (ALLEGEDLY, HAHAH IS JOKE don’t sue me).

2. Daniel Clamp (John Glover) is based on Donald Trump — the character’s realization that people are more important than things at the movie’s end notwithstanding. In a deleted scene, a Clamp employee tells his boss that he would make a good President. Ugh.

3. Special effects master Rick Baker initially balked at the chance to work on Gremlins 2 since he didn’t feel that there was much of a challenge in recreating the creatures originated by Chris Walas. Upon learning that he would be able to make a googly-eyed Gremlin and a lady Gremlin, he changed his mind. Well, maybe not those two specifically, but you know what I mean.

4. The original ending had Clamp filling his building with concrete to destroy all of the rogue Gremlins. However, the addition of the animated electric Gremlin gave the opportunity for a different ending as portrayed in the final cut of the flick.

5. Another scene pondered for the end had Billy Peltzer’s (Zach Galligan) father (Hoyt Axton) show up to present Gizmo with a wetsuit designed to keep him from populating another town or city with evil versions of himself. As the movie was already expected to run long, the idea was scrapped and never filmed.

6. The Lady Gremlin does not have an official name, with trading cards billing her as Lady Gremlina while she’s also been referred to as Greta. I always called her Lady Gremlin and thought she’d make a really good drag queen muse.

7. According to Dante, Warner Bros. purposely put Gremlins 2 out against Dick Tracy in order to preserve the box office record of Batman (1989) intact.

8. In the theater version of the film, the Gremlins appear to break the projector and prompt Hulk Hogan to threaten them. After deciding they don’t want any problems with the dude that was once a respected wrestling icon, the movie continues. In the home video release, the VHS appears to break and the Gremlins frolic through other cable stations, eventually taking part in a Western shoot out.

9. Gizmo’s transformation into a Rambo-like character was given the blessing of Sylvester Stallone. Which is weird.


← Dan Stevens Is a Phenomenally Versatile, Generic White Guy | Rep. Matt Gaetz Revealed He Has a Son to Score Points in a Debate He Lost to Meghan McCain →