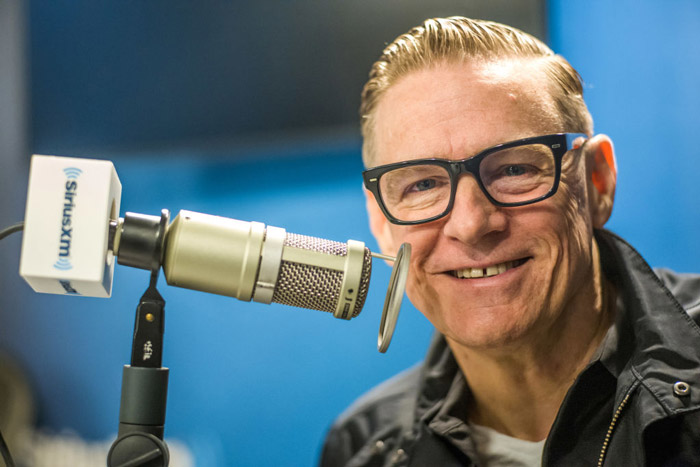 Last week, Bryan Adams was chiefly known as a past-his-prime Canadian rock star famous for songs like “Summer of ‘69”, “(Everything I Do) I Do It for You,” and “Have You Ever Really Loved a Woman?” Then, he shared something jaw-droppingly racist on social media.

CUTS LIKE A KNIFE. A song by me. Tonight was supposed to be the beginning of a tenancy of gigs at the @royalalberthall, but thanks to some fucking bat eating, wet market animal selling, virus making greedy bastards, the whole world is now on hold, not to mention the thousands that have suffered or died from this virus. My message to them other than “thanks a fucking lot” is go vegan. To all the people missing out on our shows, I wish I could be there more than you know. It’s been great hanging out in isolation with my children and family, but I miss my other family, my band, my crew and my fans. Take care of yourselves and hope we can get the show on the road again soon. I’ll be performing a snippet from each album we were supposed to perform for the next few days. X❤️ #songsfromisolation #covid_19 #banwetmarkets #selfisolation #bryanadamscutslikeaknife #govegan🌱

Adams played a bit of “Cuts Like A Knife” on Instagram to reach out to fans who were missing out on a concert canceled because of the COVID 19 shutdowns. That’s all good. Then there’s the caption, in which Adams wrote:

Tonight was supposed to be the beginning of a tenancy of gigs at the @royalalberthall, but thanks to some f*cking bat eating, wet market animal selling, virus making greedy bastards, the whole world is now on hold, not to mention the thousands that have suffered or died from this virus. My message to them other than “thanks a f*cking lot” is go vegan.

Yes. Bryan Adams just went from well-regarded Canadian balladeer to ranting racist who is blaming the Chinese and meat-eating on COVID-19. The Guardian notes that Adams is conflating various theories about the origins of COVID-19, none of which have been confirmed. Some of which have been touted by President Trump for blatantly political ends.

Some called out the racism of these remarks.

Bryan Adams did a racism. pic.twitter.com/GPxmkPnQpn

Bryan Adams is a racist piece of shit. Won't be getting any support from me anymore #BryanAdamsIsCancelled #BryanAdamsIsOverParty pic.twitter.com/rXKpDZtoYI

So we’ve found out Bryan Adams is a total bellend. Are we very shocked though? pic.twitter.com/661lWlBVsL

anybody have ‘bryan adams racist meltdown’ in the 2020-is-a-hot-mess pool pic.twitter.com/RiF5Ca1ErC

OK, so look: if you do not understand why Bryan Adams' tweet was super fucking racist, I can't help you.

You are part of the problem.

JFC we are in the dumbest human timeline ever.

Me, a junior in high school: 'Summer of 69' is kind of cool, but why doesn't Bryan Adams mention the Vietnam War or Martin Luther King getting killed or the Civil Rights Movement or stuff like that?
Future me, stepping out of the DeLorean: Here you go, kid. pic.twitter.com/qmjoiqDMek

When did Bryan Adams become an American? pic.twitter.com/UjcadQaTBY

*goes to remove any Bryan Adams songs from my library*

Bryan Adams said something incredibly stupid and ignorant. There are talks of boycotting his music. Well I for one do not need a stupid tweet to boycott Bryan Adams. I stopped listening to his music because he sucks balls. pic.twitter.com/1xS3Flvgqu

“thanks to some f—king bat eating, wet market animal selling, virus making greedy bastards, the whole world is now on hold, not to mention the thousands that have suffered or died from this virus” Bryan Adams.

Bryan Adams talks sense. Gets called racist. I now find myself a conservative. How the fuck did that happen?

Oh dear #BryanAdams has pissed off the twitter lynch mob. No I won't cancel Bryan Adams and throw out his brilliant music just because some one on the other end of the internet weeping into their smartphones tells me to do so. 🙄🤔

Twitter loses its shit because a Vegan says eating bats and wild animals is a bad thing. Welcome to 2020, Bryan Adams.

Then, there were those who didn’t see how mocking Chinese food culture and painting the Chinese as a “greedy bastards” who allegedly made a world-ravaging virus is racist.

Can someone please explain to me how this Bryan Adams tweet is racist?

Maybe unrelated, but this feels relevant.

the thing is, i didn't expect the dystopia to be this stupid

Meanwhile, it is only Tuesday.

← 'Hamilton' Is Coming To Disney+, But Will It Be Censored? | Stanley Tucci Reacts To Thirst Tweets On 'The Graham Norton Show' →