Why Do Celebrities Keep Doing Paparazzi Walks During an Epidemic?

Ben Affleck and his newest girlfriend, Knives Out star Ana de Armas, have been seen walking regularly together, arm-in-arm and very much embodying the headline-perfect image of a ‘loved-up couple.’ The Daily Mail described Affleck as looking ‘like a lovestruck teen’ on one particular walk with their dogs. They certainly were cozy, with de Armas cuddling up with both Affleck and her adorable dog. Their romance was officially revealed when the pair spent some time together in Costa Rica and the paparazzi caught them kissing as they took a stroll on the beach. Eventually, after some Instagram flirting, the pair came back to America and the pap walks began anew. They co-ordinated outfits, were always smiling, and forever either arm-in-arm, holding hands, or walking in a semi-embrace. None of this has stopped even as the nation deals with the COVID-19 pandemic and self-isolation has become the government-advised norm. Affleck and de Armas are still doing those pap walks, usually during a dog walk, something that has been allowed as a reasonable excuse to leave one’s home.

Ana de Armas & Ben Affleck hopefully telling each other to go back inside. (March 28, 2020) pic.twitter.com/uOy5gEEcST


They’re not alone in this endeavor. Plenty of celebrities are still clinging to some semblance of normalcy via a good old-fashioned pap walk. Shawn Mendes and Camila Cabello are out there working that Beverly Hills hobo chic. Melanie Griffith went for a solo walk. Jennifer Lopez and Alex Rodriguez were spotted attending a private gym in Miami, although the chances are they weren’t wild about that particular paparazzi shot (seriously, stay the f**k indoors.)

Shawn Mendes and Camila Cabello's walk is as slow as the month of March feels. https://t.co/flhUdZcUzB pic.twitter.com/GcS5iDaUF7

The world of celebrity has gotten a lot weirder and way more desperate since the coronavirus outbreak brought the entertainment world to a grinding halt. As I discussed in a previous piece, the pressure to retain one’s brand and clout at a time when all of the basic tools of fame are unavailable has led to some creativity as well as a whole lot of cringe. Whether it’s through cloying singalongs, over-dramatized cabin fever, or moments of genuine sweetness, we’re seeing what happens when the world comes to a stop but the demand for the frivolity of fame is at an all-time high. We need distractions, dammit.

Celebrities have been gravitating towards social media over the traditional gossip publications for many years now. Why call the photographers to get your news out when you can retain total control of the narrative and make yourself look a whole lot more relatable through carefully candid Instagram posts? We’ve seen this tactic come out in full force during the pandemic, mostly because it’s the only option available for many people right now. That’s why we’re being subjected to so many videos of vaguely unkempt celebrities in their mansions talking about how we’re all in this together. Well, that or you get Madonna’s full-on baroque performance piece. Things aren’t normal right now and, thankfully, for the most part, celebs haven’t tried to act as if they are. I’m not sure there would be anything more staggeringly out-of-touch than the business-as-usual charade when so many people are currently jobless, sick, or just generally struggling with the real trauma of these circumstances.

By contrast, the pap walk is a sense of normal for celebrities. It’s part of their ecosystem, a practice that they can engage in that counts as a form of labor to help maintain the façade of fame. There have been legitimate grievances leveled at overzealous and invasive paparazzi over the decades, especially when it comes to their treatment of children, but it would be naïve at best for us to pretend that there aren’t cases of mutually beneficial transactions at play, a practice that is more common than the industry would like to admit. Just look at the Kardashian-Jenner clan. A well-timed pap walk can still reap strong rewards and help smooth out some tricky PR issues on the horizon. A more recent example of this features the actress Michelle Williams who, as was revealed in an exclusive with People, was pregnant and engaged to director Thomas Kail. For anyone aware of Williams’s low-key and often deeply press-shy attitude towards celebrity and her own image, the polished image of her walking hand-in-hand with her new beau as they gazed into each other’s eyes could not help but feel ill-fitting with what we knew of her. Why reveal her life to the paparazzi and press in such a manner? Well, if you’re suddenly pregnant by a former co-worker who was, until very recently, in a long-term relationship with another woman, you may want to find a way to take the reins of the narrative long before it becomes messy or problematic. A cheesecake image of an in-love couple just living their lives in a totally casual manner that a photographer six feet in front of them conveniently managed to capture can do wonders to clear a crowded road ahead.

Affleck and de Armas aren’t trying to clear up any possible scandals, and neither are Cabello and Mendes. They’re just showing off their ‘normal’ lives, but that’s all they need to do. Both couples have had run-ins with the press that they want to avoid repeating and the glitzy force of a power couple will always be popular stuff in the land of gossip. Affleck gets to reveal his new love (and co-star in an upcoming film) to the world as he mounts his second comeback while Mendes and Cabello can tell the doubters to shut up.

We have more tolerance for this kind of celeb behavior right now than, say, J.Lo breaking quarantine to go to the gym or any number of sing-alongs. It’s low-key, low-stakes, and just mundane enough to capture our interests. It also feels far less mannered than any Instagram performance. Frankly, it doesn’t seem like anyone is trying, so we’re gentler in our scorn. Of course, the wheels are still turning and the business of fame continues. To be famous, you have to be seen, one way or another. 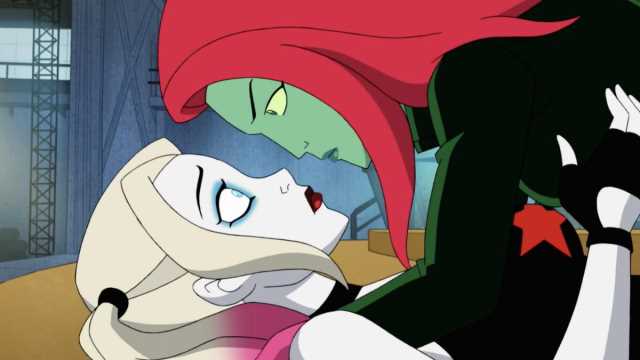