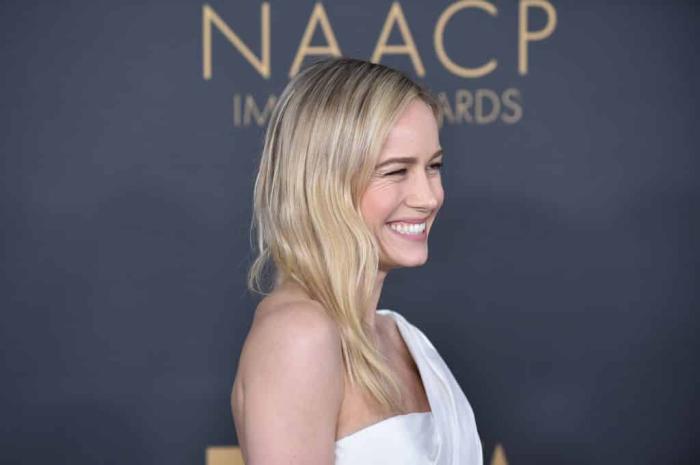 Why Brie Larson Decided to Become a YouTube Star

Brie Larson is a very big deal. The actress is an Oscar, Golden Globe, BAFTA, SAG, and Independent Spirit Award winner, largely thanks to the success of her work in the 2015 drama Room. She spent years working as a celebrated if oft-underrated performer in a variety of indie projects and television roles like Short Term 12 and The United States of Tara. She made her directorial debut in 2017. Oh, and she’s also Captain f**king Marvel. For someone who is only a few months away from turning 31, Larson has managed to accrue a lot of power, influence, and fandom support in a notoriously fickle industry. Right now, she’s in a position where she can essentially do whatever she wants, a luxury that few actresses ever attain. So, what’s next for Larson? More directing work? A return to offbeat independent roles? Maybe a flashy brand contract with a historic fashion label?

In a video released on July 2nd, Larson made her YouTube debut and announced her channel, which already has 235k subscribers. When explaining her pivot to video, Larson said, ‘YouTube has been a place that I have learned so much. Whether it’s been, like, how to use my printer, or it’s been watching, like, how to be a considerate activist, this is like the place to talk about things that are important and that matter.’ She has promised a nice mix of ‘silly content’ alongside ‘deep conversations, antiracist rhetoric, inclusive content, and asked for suggestions of vloggers to follow. She also chatted with big-name YouTubers like Lilly Singh, Sean Evans Michelle Khare, and her mother, who doesn’t have a channel but seems super cool.

I must admit that when I saw this news, my reaction was one of understanding and confusion. It’s not hard to see why Larson would want to join the fun on YouTube, a site of immense cultural influence, especially since she’s an avid social media user. She’s hardly the most famous person to make the leap into video content. Still, there’s a needling voice in the back of my head that, despite my best interests and way-too-deep knowledge of celebrity culture in 2020, cannot help but read this as a step back for Larson. She has an Oscar! She’s one of the most prominent female faces of the biggest movie franchise of all time! Isn’t this kind of… beneath her? It’s not, but I still can’t get rid of that old-school idea of the hierarchy of fame that went out of date about 25 years ago.

First, let’s get the obvious thing out of the way. We’re still technically in lockdown due to a literal pandemic and that means Hollywood’s still on pause for the time being. Even when things return to normal, or at least the slightest sliver of normalcy, our typical ways of getting things done have got to go, so it’ll probably be a while before people like Larson return to sets or get their hands on scripts. Using your immense fame to leverage some attention on a platform that’s essentially doing business as usual is savvy. Larson is naturally charming, she has good connections, and she has things she wants to say, so moving into short-form video has its benefits.

In that aspect, she’s following in the footsteps of figures like Kevin Hart, Zac Efron, and Will Smith, who have turned to YouTube as a means to keep audiences intrigued and extend their #brand in a way that reaches worldwide viewers, usually those whose ages skew pretty young. It’s not enough to be just an actor now. It hasn’t been for a few years, unless you’re someone on the level of Robert Downey Jr. or Tom Cruise. Nowadays, we don’t have the A-List system in place to dictate an understandable or accessible hierarchy of celebrity. Nobody’s going broke but the major means of accruing stardom in Hollywood today — major movie franchises like the Marvel Cinematic Universe — aren’t paying out in the ways that you’d expect (unless, once again, you’re Robert Downey Jr., and even then, it took him a few years to get to that level and it’s unlikely we’ll see that mold reused in future phases of the franchise.)

Like every anxious millennial, it’s good to be in Hollywood and have a side-hustle, whether it’s a lifestyle brand full of fanny candles or a terrifying singing career or an Instagram brand so savvy that it becomes your main source of income. Once upon a time, celebrities did adverts for whiskey and coffee in Japan, a semi-secret shame with lucrative ends. Now, everyone sees everything so you might as well throw yourself into your side-hustle with gusto. Why not make a fun YouTube channel that you can use to be silly and serious that doesn’t require ten months of agonizing workouts or an exhausting international press tour?

But here’s the kicker — I think there’s something more personal behind Larson’s YouTube adventures. Go look at the likes/dislikes on that first video and I’m sure it will be dishearteningly unsurprising for you to note just how high the latter numbers are. Search ‘Brie Larson’ on YouTube and it won’t take you long to be bombarded with hate screeds about how the actress is a man-hating reverse-sexist SJW who everyone secretly hates and who ruined Captain Marvel with her nasty feminism. There are hours of videos dedicated to ‘proving’ how unpopular Larson is with her fellow Marvel castmates through body language readings as well as deeply dangerous manifestos obsessively focused on every word she says. This is all depressingly familiar stuff. Anyone who has enjoyed anything vaguely woman-centered on YouTube will know that it takes no time at all for the site’s crooked algorithm to start recommending you videos about how feminism is evil, women are out to cuck all men, and that any prominent female figure in the media who says that women should have rights is comparable to the Nazis.

YouTube is a broken website, a hive of conspiracies, hate-groups, and right-wing radicalization left to fester by the company’s hands-off approach to management and an algorithm that almost seems designed to ruin all that it encounters. Larson is but one of many individuals who has been turned into a profitable target by the site’s business model, inadvertently or otherwise. YouTube has made it so that a lot of terrible people can make solid profits from turning Brie Larson into a villain. So hell, why shouldn’t she be allowed to join the fun and get that algorithm back on track? Why shouldn’t she be able to use the site for good? Her introduction has already pissed off a hell of a lot of those creeps, who now have lots more videos decrying her as a big Hollywood bully trying to muscle in on the scrappy underdog creators of YouTube, a criticism I never heard about Efron, Johnson, or Smith.

I’m not sure if I’ll be a regular viewer of Larson’s YouTube content but she feels like a good fit for the site. I’m all for her living her best life and making sh*tty men fall into paroxysms of rage at her mere presence. I’m not sure many of these guys know that clicking on her video to downvote it still counts as engagement and that only helps her right now.

← Reddit Asks the Question: 'What is the Strangest Mystery That is Still Unsolved?' | How Comfortable Is Our Comfort Food, Really? →