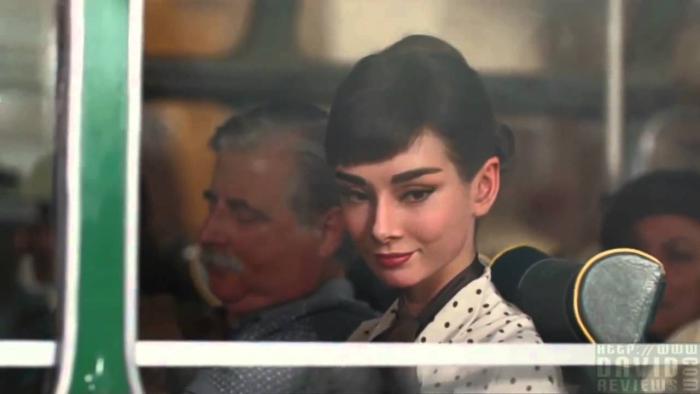 By the time James Dean received his second Oscar nomination for his starring role in George Stevens’s epic drama Giant, he’d been dead for close to 18 months. Giant was only his third starring role in Hollywood, leaving the actor with a small but culturally immense legacy after passing away from injuries sustained during a car crash at the age of 24. Dean has been dead for far longer than he was ever alive, and in that time, he has left an indelible impact on both the film industry and pop culture at large. He was a driving force of the rise of adolescent culture in the early ’50s, he’s been name-checked in countless songs and films, and every time a hot young actor emerges to critical acclaim, you can be guaranteed that he’ll be compared to Dean at least once in his life.

Dean also never stopped being profitable. A 2004 article in Forbes reported that the James Dean estate was still earning around $5 million a year through merchandise and advertising endorsements. Dean’s face and persona were used on brands as varied as Dolce and Gabbana, McDonald’s, and, yes, Porsche. It never seemed to cross anyone’s mind that having a man who famously died in a Porsche be the public face of a marketing campaign for the car could seem a tad tone-deaf.

Dean is not unique in this regard, of course. Audrey Hepburn in full CGI Roman Holiday mode was used to advertise chocolate. Marilyn Monroe, Grace Kelly, and Marleen Dietrich all popped up in a Dior perfume ad to gaze upon Charlize Theron. Amelia Earhart was ‘brought on board’ to sell the Chick-Fil-A breakfast menu. Elvis and Frank Sinatra have been brand ambassadors too. The dead have never been more profitable, and this barely scrapes the surface of their earning potential. On top of royalties made from their creative output, be it music or movies or literature, there are goldmines to tap through branding, merchandise, ad campaigns, and the terrifying growing phenomenon of holograms. The money that can be made once a celebrity dies is impressive. The main question is who gets the money and who ultimately owns those late individuals?

As expected, a celebrity’s estate will typically pass on to their next of kin or closest family, assuming they are not cut out of this process through the will. That means they’ll get all the assets, but the kinds of assets matters. There are the more tangible ones, like the money, the properties, the jewelry, and so on, and the business side of the equation, like copyrights and trademarks. For the latter, the chances are that the heirs will need some assistance, so in step the lawyers.

CMG Worldwide is the company that have the honor of calling James Dean their ‘client.’ Alongside Dean, their roster includes Aaliyah, the Andrews Sisters, Malcolm X, Maya Angelou, Montgomery Clift, Dizzy Gillespie, and the Beverly Hills shield (?). This is the company you call in to figure out how best to monetize a legacy long after the individual or brand in question has lived its natural life. Maybe your aunt was a popular singer who died too young and you want to know how to keep her in the public eye so you can cash those sweet cheques? Or maybe those top ad campaigns your baseball player dad had going during his youth are suddenly picking up once more. CMG, according to its website, takes pride in ‘preserving, promoting, and protecting the legacy of our clients.’

There’s nothing inherently wrong with this. It can be skeezy but so is capitalism in general. There’s no such thing as ethical capitalism and we live in an age where everyone is told to live their lives as if they have a brand to sell or image to cultivate. When these celebrities were alive, many of them had to adhere to the smothering demands of a studio or record company in order to maintain the image that sold best to audiences: Marilyn Monroe was the perfect blonde; Elvis was The King; James Dean was the adolescent rebel who spoke for a generation. Continuing that in death is merely the next logical step.

Of course, many of those images were forced upon people without their support or consent. Think of the squeaky clean sugar sweetness of Disney Channel stars. This may not be the persona they wanted in life and their families continue it after their passing because it’s what makes the most money. Indeed, the question of whether or not the celebrity in person would approve of certain deals made in their name without their permission comes up a lot with these estates. Would Dean be excited to be the face of McDonald’s? How would Marilyn, who spoke candidly about her influence and how she wanted it to be wielded, feel about so much of her worth being put upon not only her looks but the inherent tragedy of her image? Audrey Hepburn being brought back to advertise Givenchy, I could understand, but Galaxy/Dove chocolate? The name of the game here is nostalgia, as it almost always is with pop culture these days. These celebrities tap into something that unites people and gives them a warm feeling of familiarity and comfort that they’re happy to pay through the nose for (a strategy Disney has weaponized to its full potential with their assembly line of live-action remakes.)

The wider question at play here is one of true existential agony: How does one own a person in this regard and how can the legacy of celebrity be boiled down to tangible property separately from how fame, as a whole, impacts the world and its population? Celebrities have overriding images and ideas surrounding them but that changes from person to person, and the industry of fame is dependent on encouraging strangers to cultivate attachments to these people they otherwise know nothing about and will probably never meet. We are sold the image, the face, the basic distilled essence of an individual, then encouraged to put it on wall art or buy t-shirts with iconic quotes they probably never said. The consistent dehumanization of this process cannot help but feel somewhat ghoulish.

Then again, it’s positively saintly compared to forcing James Dean to be in a new movie to bank on the image he never got to fully wield or evolve with. It’s moves like this that highlight how often the family estates and legal teams don’t have the deceased individual’s interests or desires at heart. We may not entirely know the sort of work Dean wanted to do had he lived but we can pretty safely assume that he would have at least wanted to choose it himself and actually act in it instead of being replaced by a simulacrum of his bastardized image added onto a nameless actor’s body. In this case, Dean has long stopped being a person or even an image: He’s a puppet. Ultimately, that seems to be the fate that may befall all these celebrities unless they jump through the legal hoops to expressly forbid it before they die. That’s probably the future default mode now that these horrifying options have been fully revealed to the world.