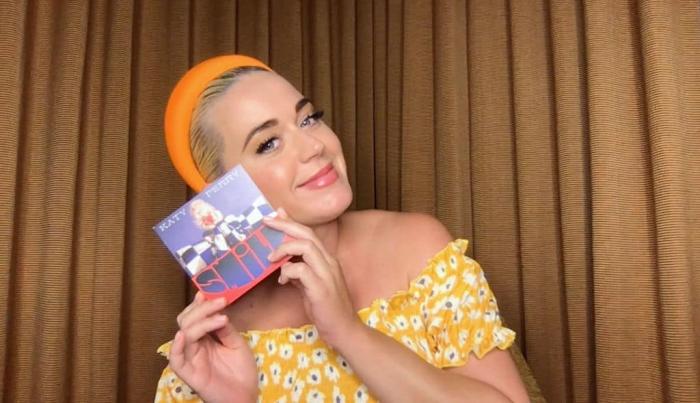 Katy Perry dropped her new album last month. Smile, her sixth full-length release since her 2001 Christian pop debut, was described by the singer as about finding ‘that light at the end of the tunnel’ during dark times. Its songs were inspired by darker times in Perry’s life, including her brief split from now-fiancé Orlando Bloom and her struggles with depression. After a big commercial downturn with her previous album and a cycle of singles that failed to chart, Smile is being sold as a new era for Perry’s career, somewhere between a back to basics and a maturing of her sound and themes. This is the real Katy Perry, not like that time she promised her last album would reveal the true her. The critical response so far has been mixed to tepid. While I would argue that the overall album is better than her previous effort, it doesn’t work much as a radical reinvention of Perry’s persona or as an emotionally charged peek behind the curtain into her real life.

Perry’s last album Witness was hyped as her most grounded and politically driven work. She talked a lot about emotional openness and wanting to herald a new era of ‘purposeful pop.’ The crowning jewel of this promotional cycle was a four-day YouTube live stream called Katy Perry Live: Witness World Wide. An assembly line of celebrity guests, from Jesse Tyler Ferguson to James Corden to Caitlyn Jenner, turned up for fun, games, Bill Maher-style political roundtables, and moments of emotional catharsis that became increasingly tough to watch. Perry even underwent some therapy with psychologist Siri Sat Nam Singh, host of the Viceland series The Therapist, which included some undeniably raw confessions about her depression, suicidal ideation, and the messiness of her divorce from Russell Brand. The event was intended to show the ‘real Katy’, a peek behind the pastel curtain into her true self that would be the driving force of her latest creative endeavor. The result was far stranger and more pitiful than that, with Perry seemingly confusing a lack of filter with profundity. Watching it back now is both a slog and an experience that feels entirely invasive. That it was all in service of an album promotion feels queasy.

Witness ended up being a conceptual muddle, one with some solid tunes but not much in terms of Perry’s promised progressive verve. It’s hard to take that noble objective seriously when you follow up your declaration of intent ‘Chained to the Rhythm’ with an oddly gross sex song full of food metaphors, complete with a video so scary that David Cronenberg would have told her to calm down with the body horror. She even attempted to get one over Taylor Swift by reigniting their deeply one-sided feud (on Swift’s part) with her own diss track, but ‘Swish Swish’ seriously lacked the PR glow of ‘Bad Blood’, even though neither of them are good songs. The album was incoherent, but more importantly, it lacked the kind of killer hooks and bouncy earworms that Perry made her name on. It wasn’t what people wanted from Perry. Witness ended up selling fewer than a million copies worldwide. By comparison, her prior album Prism sold about five million.

Perry still commands a fierce fanbase but following Witness her star seemed dimmer than ever. It was an album that exposed the weakness of a long-term creative strategy based on candyfloss levels of fluff. She offered fans the ‘real’ her, but it didn’t seem any less manufactured than her whipped cream bra-guns. Her music relies on vague, universally appealing platitudes and that is tough to translate to the achingly personal. By the end of the album, you can’t help but wonder if Perry and her team thought ‘authenticity’ and ‘pop music’ were incompatible.

Pop music superstardom is now, more than ever, commanded by distinct identities, even when the music itself doesn’t carry the same uniqueness as its artist. Even as she tried to evolve from perfect princess with a guitar to vengeful badass to introspective cottagecore artiste, Taylor Swift remained very much Taylor Swift (registered trademark.) Lady Gaga’s Artpop and Joanne eras didn’t explode as she had hoped for but that dramatic veering between avant-garde weirdness and homegrown Italian girl with a piano still held resonance with critics and fans alike (especially when it came with an Oscar and a few Tony Bennett deep cuts.) With Katy Perry, that distinctness she had during her bubblegum gaucheness period feels diluted beyond recognition. Now she’s an ethereal mother and wife-to-be but she’s also a damn fine broad on a Harley but she’s also walking with children in nature through the daisies. A lot of pop musicians can get away without an album of hit after hit but I’m not sure Perry can.

Perry already feels like a relic of another time. One of the things that differentiated her from her competition, aside from her eye-bleeding technicolor Willy Wonka-style frenzy, was her willingness to veer into vulgarity. She never got as outright weird as Lady Gaga, but she still took some barmy turns that giddily stomped over notions of good taste. Consider the video for ‘Birthday’, where she donned heavy prosthetics to play a number of characters, including a lap-dancing elderly woman and a deeply disturbed children’s party clown. Katy Perry is tacky, sometimes in the best way possible. In that video, Perry also disguised herself as an MC at a boy’s bar mitzvah, a move that was, at best, deeply culturally insensitive and, at worst, full-on Jewface. This shocked many, but was disappointingly unsurprising, as another key feature of Perry’s persona is endless cultural appropriation. It was repeatedly condemned at the time by many, and with the harsh light of hindsight, it feels more cringe-inducing than ever because she simply wouldn’t stop doing it until she ‘got real.’ Even then, that’s questionable (remember that SNL performance with Migos? Yikes.)

I wonder if we have simply moved beyond Perry, much in the same way we have done so for countless other megastars who just quietly went away over the decades. Even when the tunes are good, such as the really rather beautiful ‘Never Really Over’, audiences don’t seem particularly hyped for them. It’s a strange catch-22 for Perry: She tried to change things up and audiences rejected it, but they’re not enthused for her return to the status quo. She is an artist whose life is defined by the wilfully artificial and rejection of the norm, especially in her life as the daughter of hardcore born-again Christians who seem to view her pop hedonism as a betrayal. Trying to get back to herself after all that must be a difficult task and an admirable one at that. For Perry’s career, however, perhaps it would be more beneficial for her to accept that silly and serious are not as mutually exclusive as she’s been told they are.